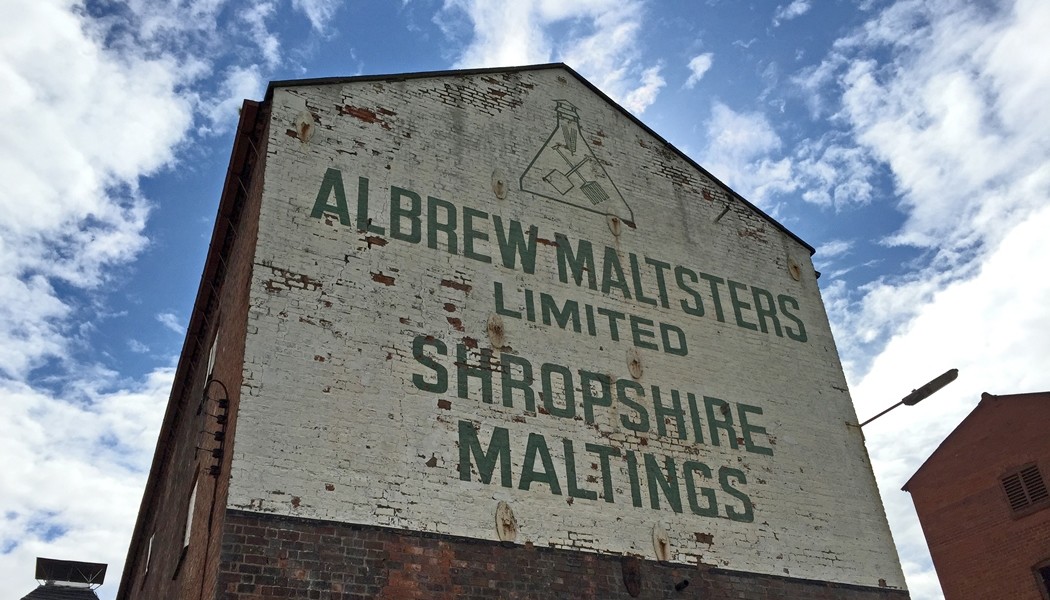 The world’s first iron framed building- the ‘father of the skyscraper’ at Shrewsbury Flaxmill Maltings, is being brought back to life with the launch of a visitor centre today thanks to a £2.3 million regeneration project supported by Historic England and the European Regional Development Fund

Situated on the northern edge of Shrewsbury, the internationally-important and revolutionary Flaxmill Maltings was instrumental in helping to change the world of construction and design.

The first stage in saving this unique site for future generations has been completed with the opening of an interactive visitor experience and education facility. The new visitor centre will chart the site’s history, along with the story of its engineering, architectural and social legacy.

The visitor centre, which will be managed by the Friends of the Flaxmill Malting and will bring together for the first time interpretations of the mill’s role in the industrial revolution and the pioneers who made it happen, including:

There will also be a short animation film that visitors can watch which charts the history of the building and its people, as well as well as oral history recollections of people who worked at the Maltings and who were barracked there during the last war.

Historic England, previously known as English Heritage, took over the site in 2005 in order to halt its decline, making sure these important buildings are secure and weather-tight. Working in partnership with the Friends of the Flaxmill Maltings and Shropshire Council, the site is steadily being revived.

Duncan Wilson, Chief Executive, Historic England, said: “Shrewsbury Flaxmill Maltings changed the world of construction and design with its revolutionary iron frame and for the first time on a day to day basis visitors will be able to come and find out more about the fascinating history of this site.”

Wilson said Historic England would continue to work in partnership with the Friends, funders and Shropshire Council to make sure this incredibly important piece of international heritage has a sustainable future worthy of its past. 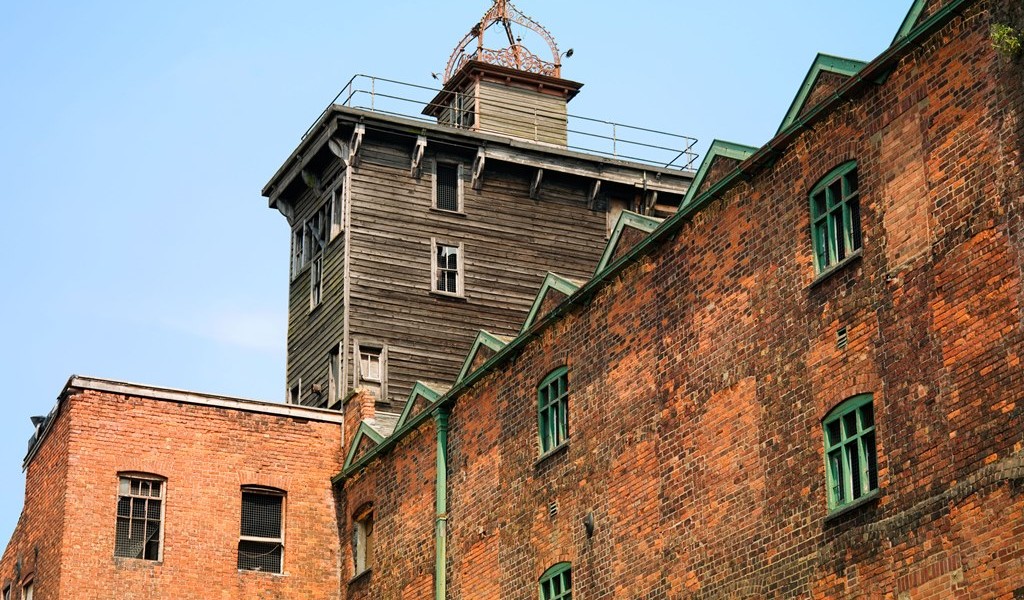 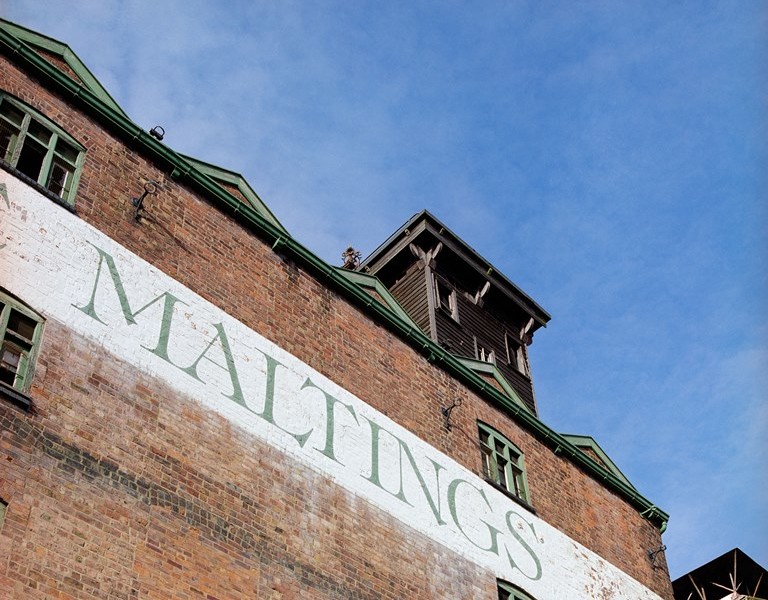 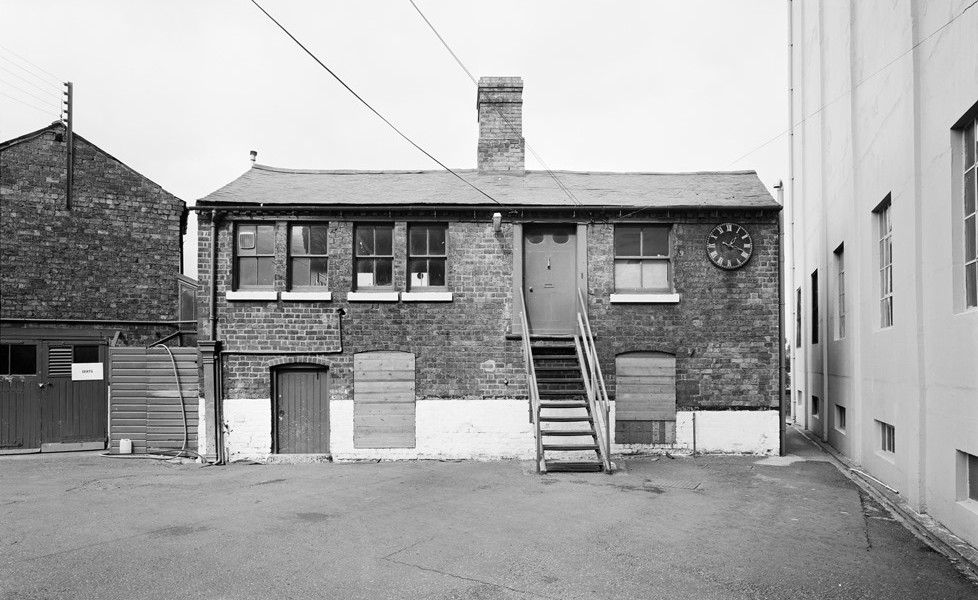 Regeneration was kick-started by the Department for Communities and Local Government who awarded a funding package of £1.17m through the European Regional Development Fund.

Stage one has seen the conversion of the office and stables which will be managed by the Friends of the Flaxmill Maltings as a visitor centre, including reception, interpretation displays, film and audio material, research and learning resources.  The 1950s silo was also demolished, providing pleasant open space for cultural, interpretation and public use. “Our aim is to bring the site back to life at the heart of the community and hence we are delighted to have played such a prominent role in achieving this first stage towards that ambition,” said Alan Mosley, Chair, Friends of the Flaxmill Maltings. “This success is testament to the hard work of many volunteers and the enthusiasm of the local and wider community for this exciting project.”

As well as managing the visitor centre, the Friends of the Flaxmill Maltings will also provide guided tours of the historic buildings so that organisations, groups and individuals can explore, learn, participate in and enjoy the unique and varied heritage. The Friends are also carrying out a research project which has uncovered the fascinating stories of the people who worked at the Flaxmill, even tracing a number of their descendants, some of whom still live in the Shrewsbury area.  They are also soon to commence working on education facilities and resources for use by schools and colleges.

It is hoped the completion of Phase One will be the catalyst for the area’s wider economic and social regeneration and the site will once again become a vitally important local landmark.

To coincide with the opening of the Visitor Centre, Historic England has published Ditherington Mill and the Industrial Revolution edited by Colum Giles and Mike Williams (978-1-84802-118-1, £50.00).   This book presents new research into Ditherington Mill, the world’s first iron-framed fireproof building and highlights crucial developments in engineering, the textile industry and business practices during the Industrial Revolution.