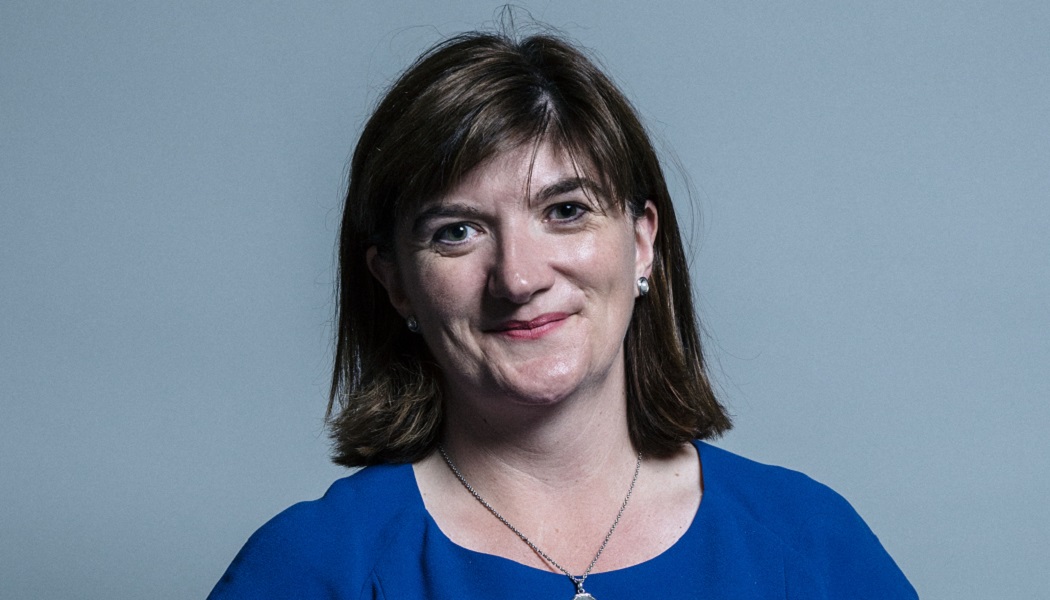 Yes, you did read that correctly.

The search for a new culture secretary, which was necessitated by the departure of Nicky Morgan, has been concluded, with Nicky Morgan taking the role.

Having stood down as the Member of Parliament for Loughborough ahead of last week’s election, Nicky Morgan had also stood down as head of the DCMS.

Citing abuse as her reason for seeking a move away from front line politics, Morgan said she was unable to “commit to another five-year term” and that she would now “be at home far more” with her husband Jonathan and their son.

She seems to have performed a U-turn on this decision, however, and now will serve as culture secretary having accepted a Tory peerage.

The Rt Hon Nicky Morgan @NickyMorgan01 has been confirmed as Secretary of State for Digital, Culture, Media and Sport @DCMS pic.twitter.com/d9kUbzeCAl

Since the 2010 general election, the role of Secretary of State for Digital, Culture, Media and Sport has been held by:

The notion of this selection was immediately marred by concerns raised over Whittingdale’s consistent opposition to the BBC Licence Fee and alleged connections in Russia.

Having been re-elected as MP for Maldon in last week’s general election, John Whittingdale was widely tipped to make a return to the DCMS in the role he held between May 2015 and July 2016. Having been appointed by Cameron he was promptly given his marching orders when Theresa May took office.

On some of the biggest issues of recent years, John Whittingdale voted as follows:

Consistently voted against UK membership of the EU
0 votes for, 23 votes against, 1 absence, between 2016–2019

Generally voted against measures to prevent climate change
7 votes for, 15 votes against, 11 absences, between 2004–2019

Almost always voted for reducing the rate of corporation tax
21 votes for, 1 vote against, 4 absences, between 2010–2016

Almost always voted for a reduction in spending on welfare benefits
44 votes for, 0 votes against, 10 absences, between 2014–2016

Almost always voted against restrictions on fees charged to tenants by letting agents
0 votes for, 5 votes against, 1 absence, between 2014–2018

His previous spell with the DCMS ended under something of a cloud, with a 2016 article by James Cusick making a string of personal and professional allegations about the MP’s conduct. Whittingdale is described by a source quoted in the article as “the culture secretary Rupert Murdoch dreamt of”.

Given prior hostility toward the BBC and frequently intimating that the Licence Fee may be scrapped, it may come as no surprise that staunch defenders of the Corporation view his appointment in an unfavourable light. John Sweeney, an investigative reporter who specialises in Russian exposes for the BBC, posted this thread on Twitter as a reminder of allegations made against Whittingdale in the past – including claims the MP has links to the Kremlin.

While the Maldon MP’s relationship with the BBC and print media may be the subject of vociferous debate, what he may have had planned for the nation’s museums and heritage attractions was far less predictable – and hopefully far less contentious. For the time being at least, the sector will not have to find out.