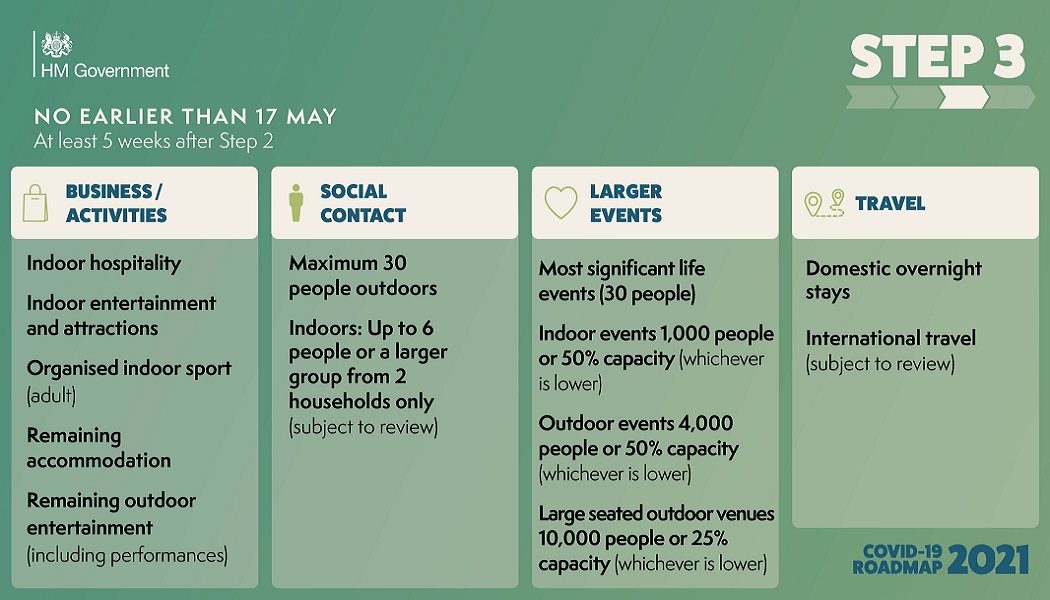 Many in the sector have once again been left bemused by the decision to prevent museums and heritage attractions opening until at least five weeks later than business such as shops and gyms.

Despite early media reports claiming museums would be included in Step 2 reopening, beginning no earlier than the 12th April, it will be at least the 17th May before a cultural attraction in England will be open to visitors.

A reminder of what was announced today in the roadmap@DCMS pic.twitter.com/r72LHDNFrX

The feeling that other industries are given preferential treatment is an all too familiar one for museums professionals, with lockdown easing last summer having similarly left culture sector venues to wait while other businesses that appeared no safer could reopen.

As ever, much of the sector’s disappointment was laid bare on Twitter. ALVA (Association of Leading Visitor Attractions), which has campaigned relentlessly for museums to receive a fair chance of reopening as soon as is safely possible, led the way in lambasting the decision.

There is, it states, “no public health or epidemiological justification” for visitor attractions to trail behind the likes of non-essential retail, especially when there has been “no proven evidence of [museums] being sites of Covid transmission”.

There is no public health or epidemiological justification for indoor attractions – which @PHE_uk state have no proven evidence of being sites of COVID transmission – not opening at the same time as non-essential retail. If you can open H&M you can open the V&A. https://t.co/MXHSWEHmfL

ALVA has also called for an additional bank holiday to help the sector recoup a small percentage of the income lost by being closed through lucrative spells such as the Easter break.

We urge the public to contact their MP & ask them to press the Government to introduce an additional #BankHoliday in late September to partially compensate for the fact that we have now lost Easter, we’ve only had 1 Bank Holiday in the last year, & attractions need to recover £.

Many prominent figures from across the museums sector also spoke of their disdain for the treatment of the industry, particularly as it has heralded the return of a familiar sinking feeling.

Museums are apparently "indoor hospitality" and can reopen from 17 May. Non essential shops and commercial galleries can open 12 April. Nice to know where one stands in the pecking order. #Covid19UK https://t.co/x9tYnfOoUL

Disappointing news again for museums. I sometimes wonder what activities people think we offer that makes us a higher risk than shopping.

Museums are opening under Step 3, like saunas and steam rooms (other parts of gyms and spas can open under Step 2). I seem to have been working with a different conception of my sector for my whole career. @MuseumsAssoc

Maintaining some form of humour and positivity is, however, also a staple of museums Twitter. In the aftermath of yesterday’s saddening announcement this was no different.

I was as young as you last time I could go to a museum! pic.twitter.com/nxfZl6Jaim

Right.
Museum objects on tour to beer gardens and libraries it is then.

Many a true word said in jest? Perhaps beer garden outreach will be to 2021 what digital was in 2020.