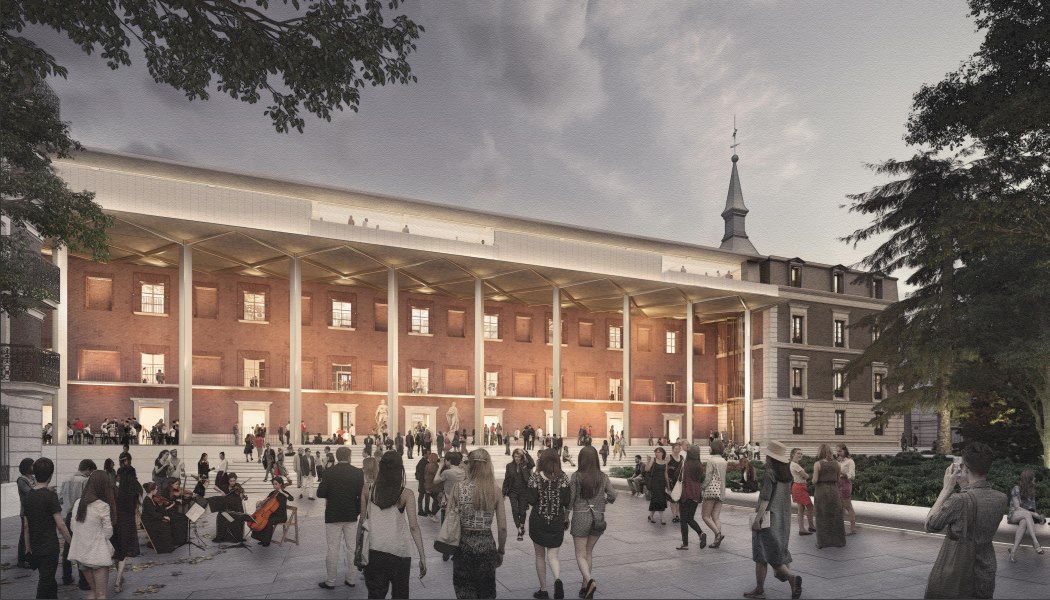 Foster + Partners’ design will see the windows and balconies of the Hall of Realms reinstated and emerging over the top of the façade will be a large exhibition space on the third floor, which is higher and wider than the present space and forming the roof to the atrium as well as creating a terrace facing the Museum’s “campus”.

The jury felt the design made maximum use of the building’s museological aspects while also creating a large entrance atrium on the south façade, making the space semi-open and permeable to the exterior but sufficiently controlled for it to function to protect the original façade of the Hall of Realms. 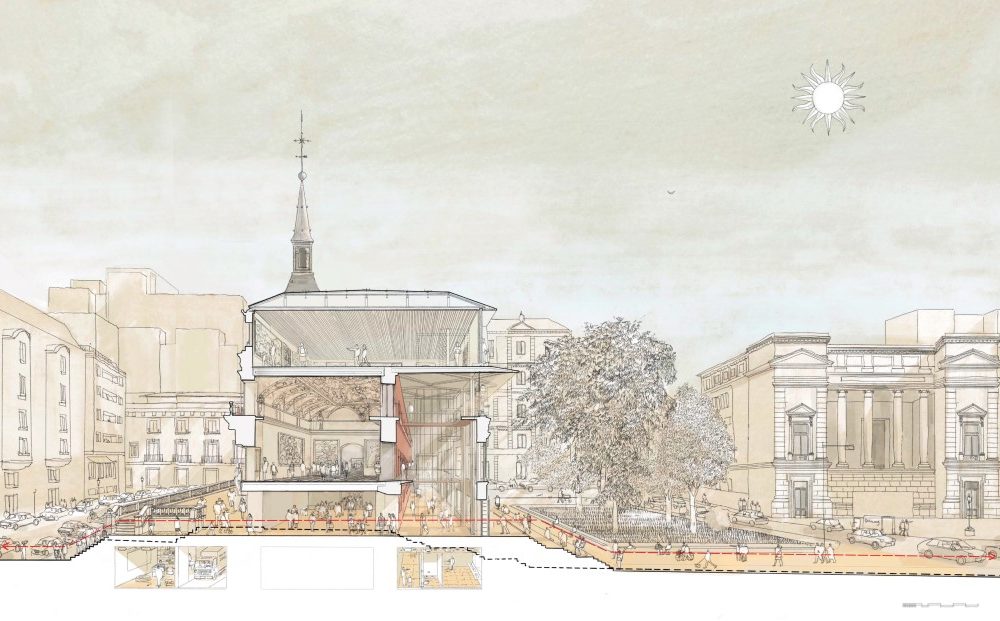 “The winning design fully responds to the spatial requirements specified by the Museum for this project, without the need to excavate new basement levels,” said the jury. “It emphasises the historical spaces that form the core of the building, particularly the Hall of Realms. Similarly, it strengthens and consolidates the identity of the Museo del Prado campus, proposing a pedestrian section of the Retiro Park – Paseo del Prado axis along calle Felipe IV which will revitalise its connection with the city.”

Among Foster + Partners’ most important projects for museums are those undertaken for the Carré d’Art (Nîmes, France, 1993), the Great Court and Sainsbury Galleries in the British Museum (London, UK, 2000), the Robert and Alene Kogod Courtyard at the Smithsonian Institution (Washington DC, USA, 2007), the Boston Museum of Fine Arts (Boston, USA, 2010), the Lenbachhaus (Munich, Germany, 2013) and the Imperial War Museum (London, UK, 2014).

The Museo del Prado will be exhibiting the winning proposal and those of the seven other finalists from Thursday, December 1.

Preparation of the project will commence in 2017 and is expected to take 16 months with building work beginning in 2018.

View of the new south entrance