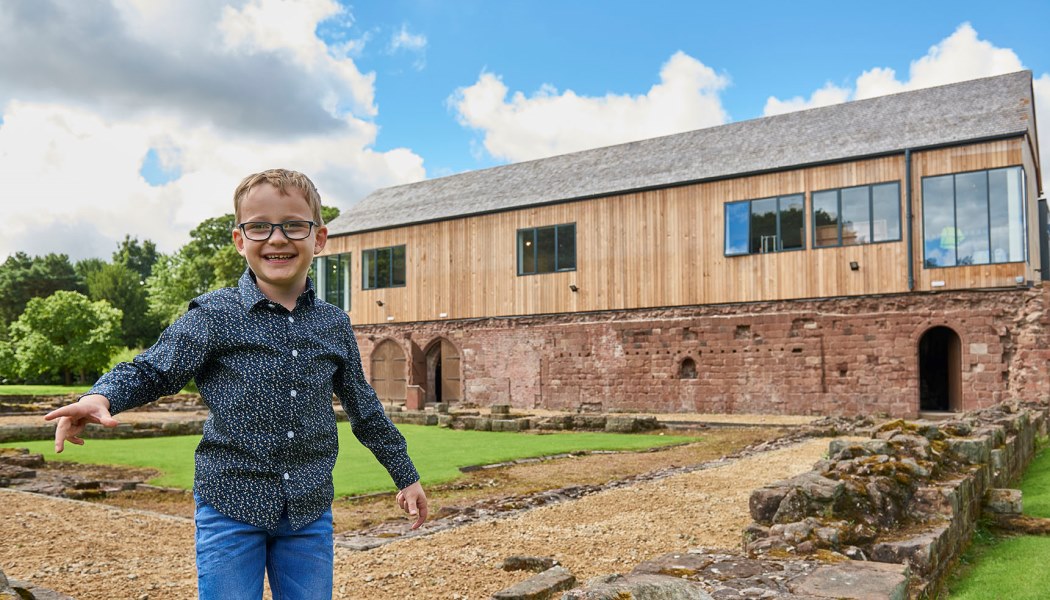 The 18-month HLF-supported Norton Priory project has conserved the architecture of the 900-year-old monastery ruins, conserved artefacts and built an impressive new museum building and experience for visitors

It is Europe’s most excavated monastic site and following a major redevelopment by architects Buttress, Norton Priory can now offer a much improved visitor experience that fosters clearer interpretation of the site and its objects, and is more open and accessible.

Through the Monastery to Museum project Norton Priory is now able to display more than four times the artefacts, with 1,000 chosen for display, including fine works of art such as sculptures, decorative grave stones and tiles and the personal items of the people who lived and worked at Norton Priory such as shoes, combs and wooden bowls. There is also a new café, improved educational facilities and views of the site from the new museum building.

Norton Priory Museum & Gardens is a 42 acre site in Runcorn, Cheshire with the ruins of an Augustinian Abbey complete with 12th century undercroft that was a target of Henry VIII’s Reformation and the site was subsequently home to a Tudor hall, a Georgian mansion and has an 18th century Walled Garden.

Many of the artefacts are being exhibited for the first time in 500 years and join old favourites such as the 3.5m statue of St Christopher, one of the largest and most important medieval sculptures in the country, on loan from National Museums Liverpool.

Their stories are revealed for the first time following extensive research by the universities of Lancaster, Liverpool and Leicester and are brought further back to life by the use of facial reconstructions. One such story is that of a crusader knight believed to have been murdered in the 13th century. An interactive exhibit funded by the Wellcome Trust will demonstrate how forensic osteoarchaeologists identified the murder. Elsewhere the results of DNA analyses by Dr Turi King who previously led the Richard III investigation will also be revealed. 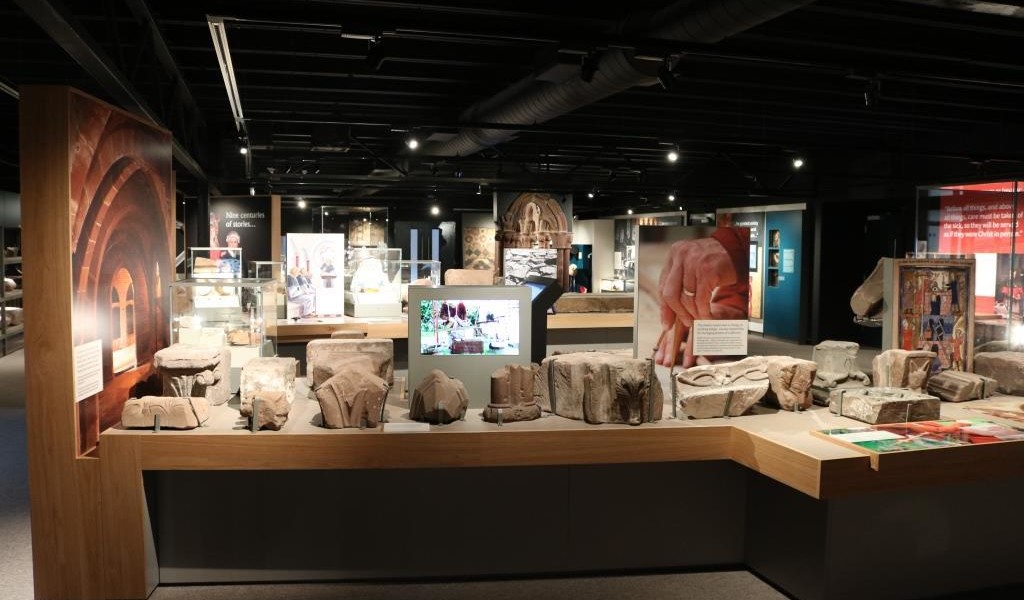 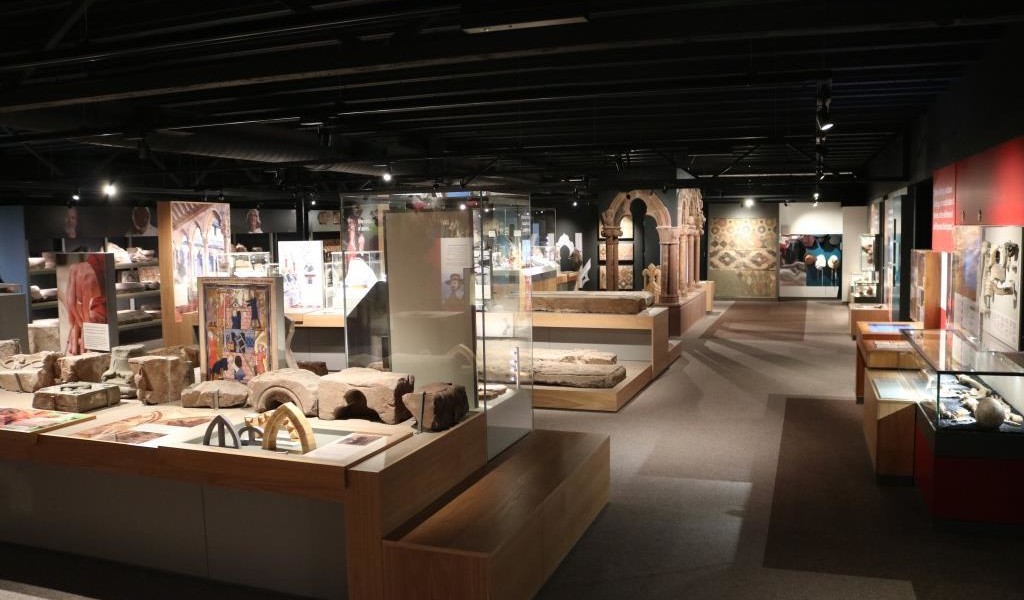 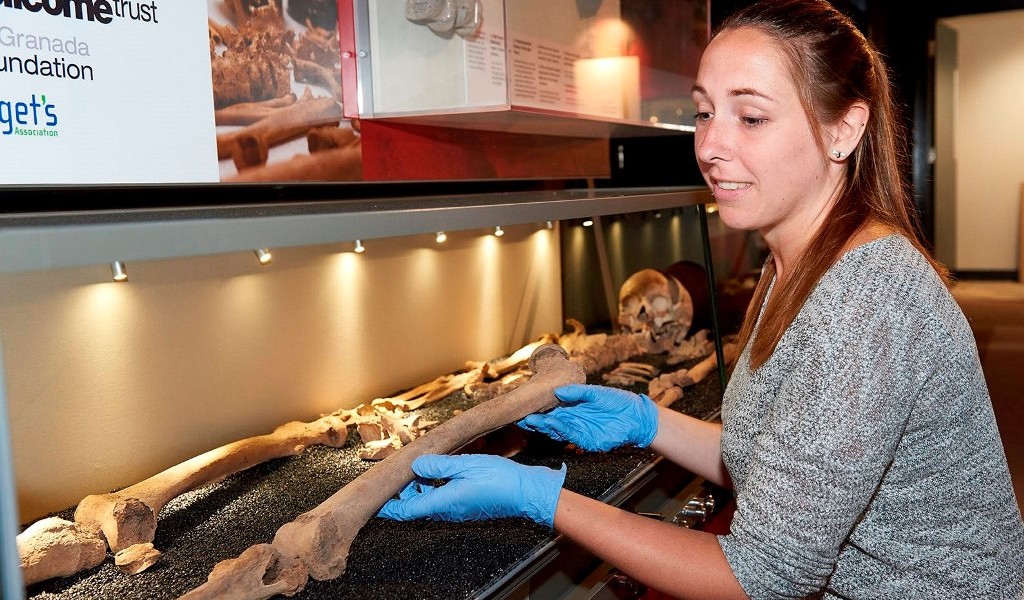 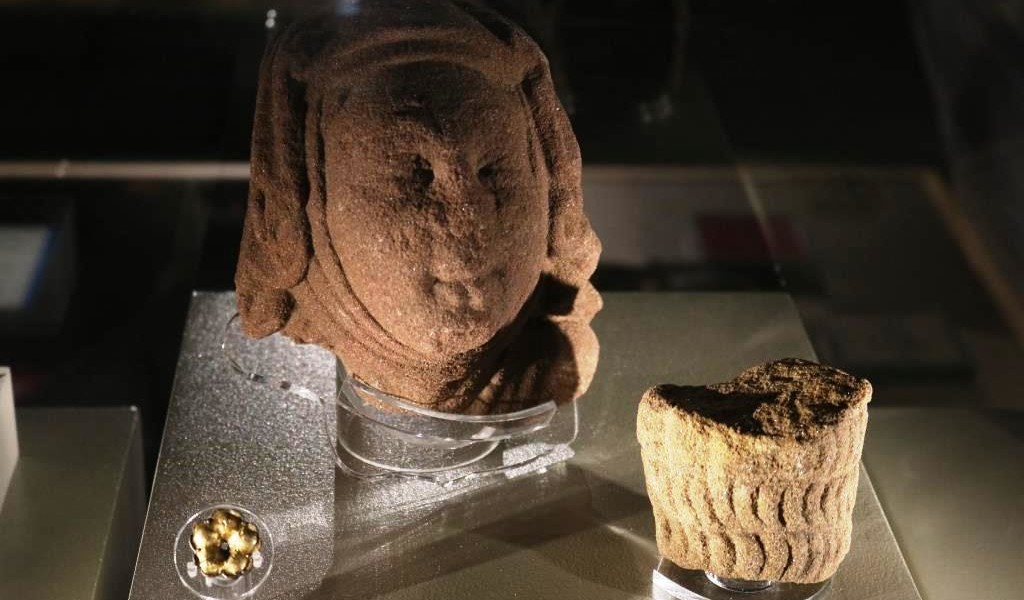 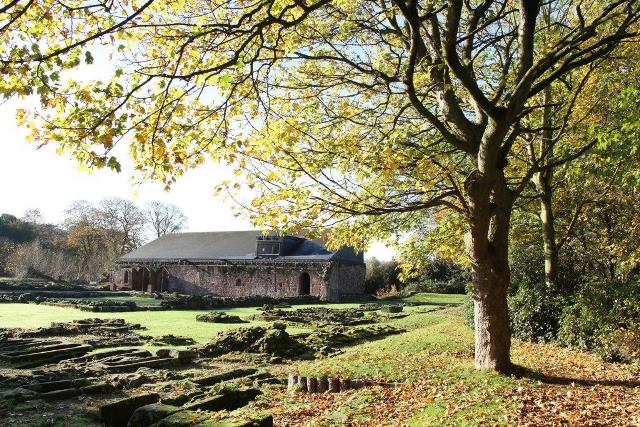 “Norton Priory’s importance as an archaeological treasure has never been in question and the new displays and restoration works do the site and the nationally significant collections justice for the first time,” said Paul Mathews, Chairman of the Norton Priory Museum Trust. “Thanks to new, cutting edge research, 900-year-old stories will be retold and brought to life in the state of the art, interactive galleries.”

The 12th century undercroft has also seen a transformation to stop the threat from water ingress and its Victorian tiled floor being damaged. Now, thanks to generous donations from the public and a grant from the Pilgrim Trust, it has been entirely restored. The Victorian tiles have been conserved and re-laid alongside replicas from Craven Dunnill Jackfield restoring the decorative floor to how it looked at the beginning of the 19th century.

It is the features of the Grade I listed building looked as stunning – from the 12th century vaulting and arcades to the Georgian wine bins and Victorian porch and tiles.

“This is a special moment, even for a site with such an extensive and fascinating history,” said Steve Miller, Trustee at the Heritage Lottery Fund. “Thanks to National Lottery players, the new modern museum building now provides a fitting setting to tell the story of 900 years of social, political and religious change and the precious undercroft has been rescued and is now at the heart of the site.”

“Halton Borough Council is delighted to have been partners in this exciting project. We envisage that Norton Priory’s importance will be truly recognised nationally and will attract tourists from far afield giving a boost to the local economy,” said Coun Eddie Jones, of Halton Borough Council, partners in the project. “For local people too, the facilities will be second to none with a new café and an education suite that will accommodate school groups twice as large as previously possible.”

Accompanying the museum’s reopening is a programme of special events and new developments. On the 13th and 14th August, a major re-enactment event will demonstrate all 900 years of Norton Priory’s history.

The project has been developed in partnership with Halton Borough Council