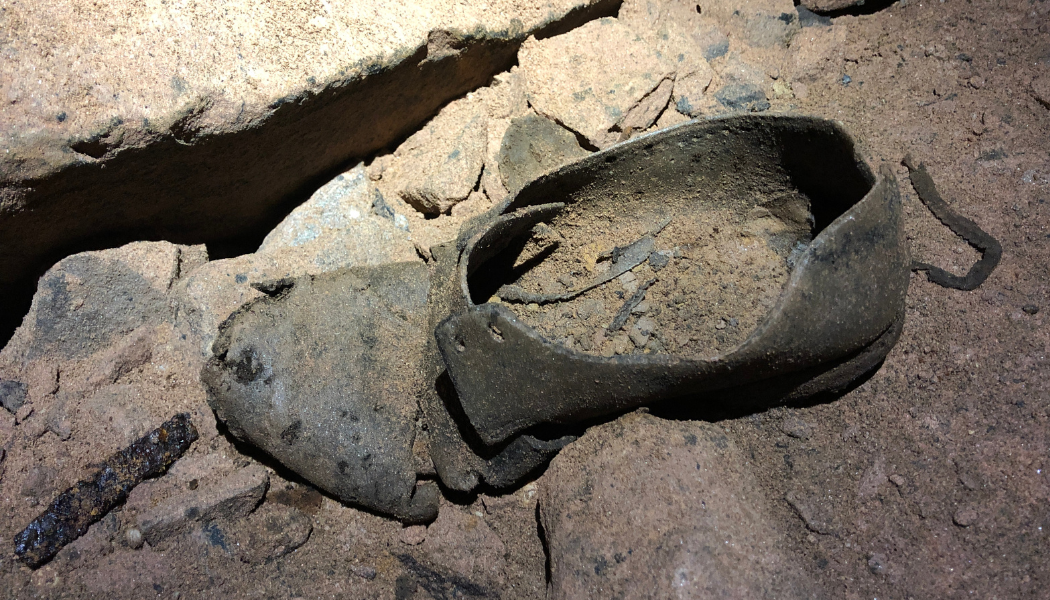 Photogrammetry has been used to capture the Cheshire mine and the objects inside, believed to have been seen for the first time since 1810.

Rare ‘time capsule’ cobalt mine abandoned over 200 years ago is discovered in Cheshire with personal objects, equipment and inscriptions the workers left behind

A cobalt mine in Cheshire has been rediscovered after 200 years, complete with personal objects and equipment left by workers before it was abandoned.

The mine, owned by the National Trust, has been leased since the 1970s to the Derbyshire Caving Club, whose members maintain access and search for areas of mining that have been closed for centuries.

Derbyshire Caving Club first made the discovery of the mine in autumn 2021 and has been researching it since, with access only via a long mine shaft and a complex network of tunnels.

The mine is believed to have been abandoned around 1810, and has been described as in an unusually pristine condition.

Leather shoes, clay pipes, a metal button from a jacket, along with inscriptions written in candle soot, and mine machinery, were among the objects that were found.

Also uncovered was a clay bowl that had been buried in a wall, a practice that may have been followed by superstitious miners as an offering of thanks for a good vein of mineral.

Other discoveries include clearly defined fingerprints in clay used to hold candles, and the imprint of corduroy from a worker’s clothing where they leaned against a wall.

Among the larger abandoned items was a windlass, a piece of equipment used to shift large weights or quantities of raw materials.

Jamie Lund, National Trust archaeologist said the discovery would improve the understanding of a “less well-known chapter in the story of mining at Alderley Edge, which has been explored and exploited for 4000 years.” 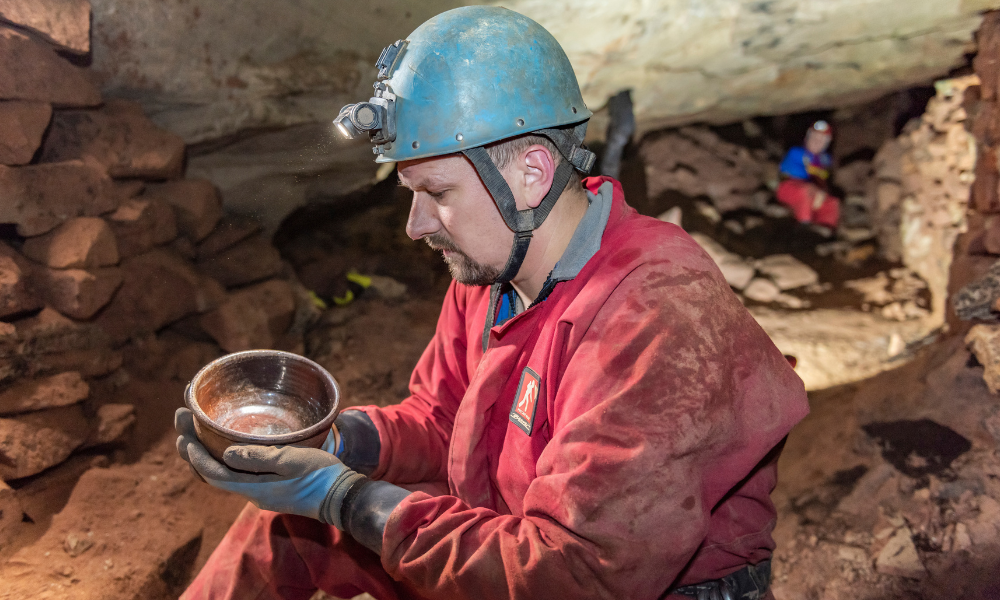 Lund said the objects found in the mine “have been photographed and catalogued and left where they were found, to remain in the underground conditions which have preserved them.

“It leaves the mine as a time capsule, protecting a place that was once a hive of activity for future generations to explore and enjoy.”

The Caving Club conducts tours of some of the more accessible mines, but for those that are impractical, “virtual access is a great way anyone can navigate their way around the mine from the comfort of their armchair and imagine themselves in the boots of the men who worked there.”

The National Trust has worked with a specialist team to use state of the art technology to create an immersive fly through of the cobalt mine. The immersive fly through was funded with support from the Robert Kiln Fund. The work was carried out by Christians Survey & Inspection Solutions.

Ed Coghlan of the Derbyshire Caving Club explained: “In the time the Club has been active here, we have explored a number of disused historic mines and made some significant discoveries. But many mines have been filled in with rubble over the years or with sand washed into them by heavy rainfalls or they have been accessible in some form since they were abandoned, so anything of interest had been removed.
.
“To find a mine in pristine condition, together with such personal objects and inscriptions, is rare. It is a compelling window into the past and to the last day when the mine workers stopped their activities.”