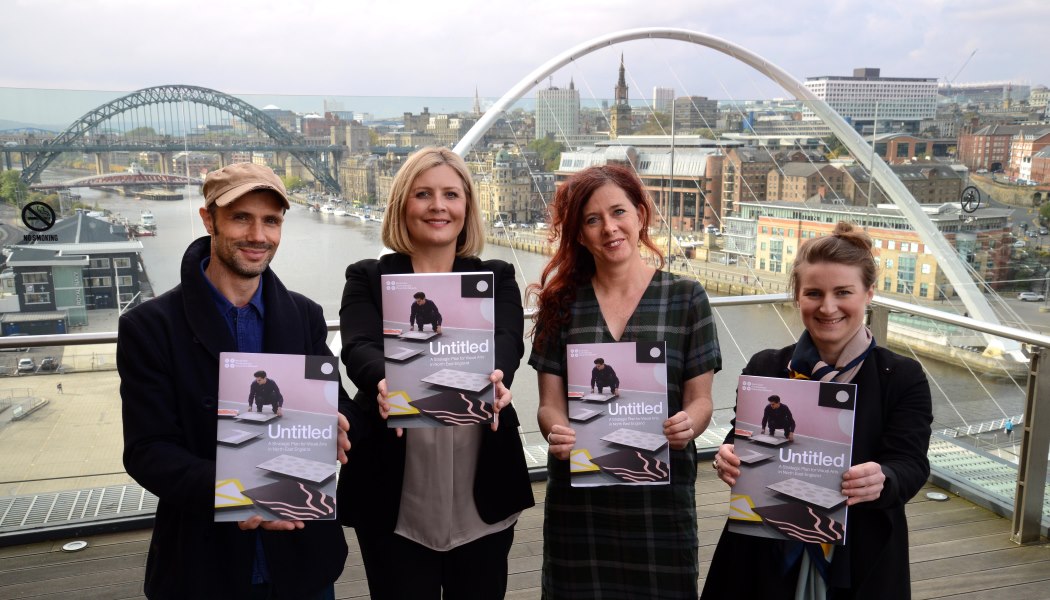 This afternoon The North East Contemporary Visual Arts Network (NE CVAN), a network of leading arts professionals from North East England, came together to launch a 10-year strategic vision for contemporary visual arts in the region

Following Tuesday’s announcement that Newcastle-Gateshead will host the Great Exhibition of the North in 2018, the strategy outlines a series of initiatives that will cement North East England’s international reputation as a centre for excellence in the visual arts.

The event was led by BALTIC’s Sarah Munro, who spoke about the international profile and ambition of visual arts in the North East. Sarah was joined by locally based artists Louise Wilson and Matt Stokes who discussed developing their careers in the region and shifting public perceptions of art in North East England. The strategy has already been endorsed by Arts Council’s Darren Henley, Tate Modern’s Frances Morris and other important figures from the arts, business and political sectors.

Stretching north from Teesside up to the border of Scotland, and out to England’s northernmost town Berwick, the North East is known for its vibrant, distinctive and growing visual arts offering.

The strategy aims to build upon this by identifying areas of untapped potential, in order to raise the profile of the region’s international reputation as a vibrant centre of excellence for the visual arts.

The strategy has been created through consultation with members of the NE CVAN, a network of over sixty organisations and dedicated individuals who are delivering contemporary visual art across the North East.

“If we are going to create something amazing, we can only do it collectively. Whether large or small, volunteer-led or funded, we need to work together. If we can imagine that future collectively, we work out the steps to get there,” said Sarah Munro, Director, BALTIC Centre for Contemporary Art. “Untitled: A Strategic Plan for the Visual Arts in North East England represents a dynamic call to action by the visual arts sector in the region to galvanise their ambitions and determine their future collectively. A region, with a rich history of international visual arts activity, we are all very much looking forward to new opportunities to collaborate with our partners in the North East to realise our collective vision.”

It lays out a series of ambitious priorities including securing investment to create major sculpture production facilities by 2025, following on from a long industrial tradition in the area, and the development of a new International Visual Arts Festival by 2019, building on a tradition of leading contemporary festivals including the Tyne International, which was the UK’s first visual arts biennial, International Print Biennale and AV Festival.