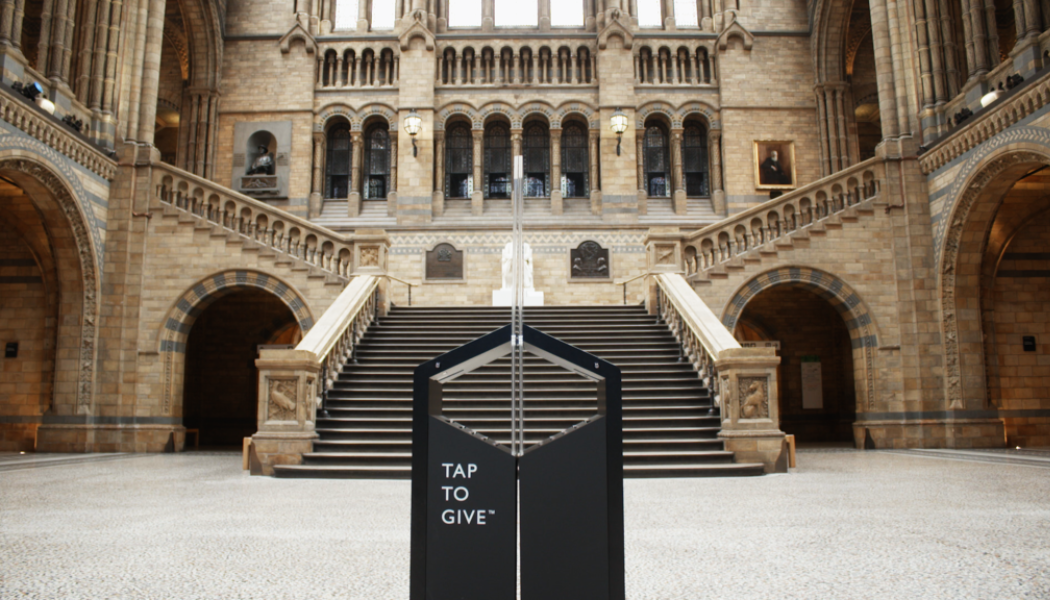 Administrators say potential offers and investment could get the company “back to being the essential part of the charitable industry that it once was.”

UK company donation GoodBox is looking for a new buyer following its administration in June 2022.

The company offers the infrastructure and hardware to allow visitors to make a contactless donation via a podium or desktop device, with clients including the Natural History Museum, IWM, Museum of London, National Portrait Gallery, and London Transport Museum.

Jeremy Frost and Patrick Wadsted of Frost Group Ltd were appointed as joint administrators of the company. In a post in July, the administrators wrote that the impact of the pandemic, and “internal disputes at board and shareholder level” had stalled the company’s ability to secure the additional investment it needed to support the business.

Frost Group today expanded that “a series of well-publicised disputes and continued pressure from creditors” had made further investment impossible for the ‘fintech’ company.

administrators described that “profit proved elusive, a position exacerbated (as with much of the charitable sector) by the pandemic.”

A £9m convertible loan deal back in January 2021, involving the UK’s government scheme, Future Fund, was thought to be enough, however, Frost Group said “revenue did not improve as quickly as initially hoped”. Likewise, new investment opportunities also proved hard to come by.

The administrators said their aim was to create a restructuring plan that will allow the company to survive, and to ensure that further funding is secured.

The company is reportedly continuing to trade with no disruption in the transferring of donations to the relevant charities, and “efforts are being made to shorten the time frame between the donation being made and the funds being paid to the Charities.”

While the company’s future is still uncertain, the administrators today said that “attention has turned to the Brands [sic] future”.

Investment packs have been sent to a number of potential investors around the business’ acquisition, or to help fund a turnaround plan being put together with a long-term supplier.

In addition, Frost & Wadsted were also able to confirm that the GoodBox Co’s systems continue to perform, with over £1 million in donations made to charities and museums during the administration.

It is now hoped that with good investment and “some entrepreneurial spirit”, GoodBox Co can continue to trade successfully, the administrators said.

Jeremy Frost, Director of Frost Group Ltd, commented: “Our main priority at the moment is to generate offers and investment for GoodBox Co. We are very pleased with the proceedings so far and are confident that these measures will get GoodBox Co back to being the essential part of the charitable industry that it once was.”

Frost said there was confidence in the level of interest so far and saw the moce as the best measure to move the business forward and ensure a positive outcome for all parties involved.

‘Tap to give’ company GoodBox out of administration