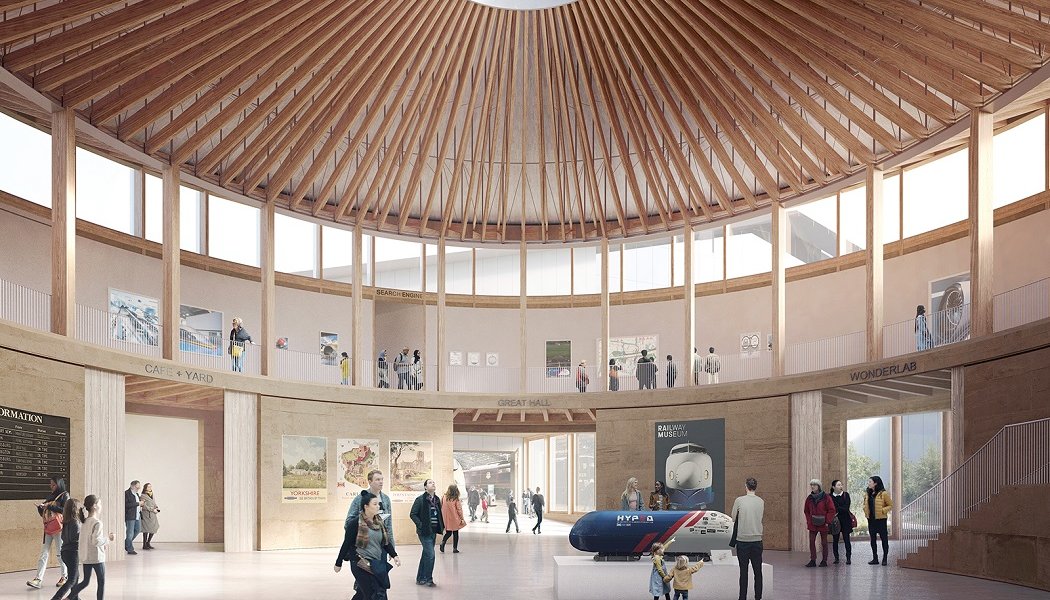 The proposed expansion would connect two existing buildings and require the rerouting of an existing road in its home city of York.

The National Railway Museum is to launch consultation around a proposed major expansion which will connect two of its existing buildings.

The Central Hall will link the two existing museum halls, Great Hall and Station Hall, and will cross Leeman Road in its home city of York. The new welcome space and gallery plans require that a new road is to be constructed.

The consultation process for Central Hall follows a recent decision by the Secretary of State for Transport to approve the Stopping Up of the road. As part of plans for the expansion, a consultation process will be open both online and at an exhibition in the museum, starting from Monday 25 October.

An exhibition will also be on show at the museum for 10 days – alongside a virtual consultation – to capture feedback from residents of the city and museum visitors on the plans that are part of the museum’s Vision 2025 initiative, the museum’s five-year plan to become the World’s Railway Museum.

Designs for Central Hall were gathered as part of a competition last year, with London-based architecture practice Feilden Fowles securing the international design competition from a list of five finalists.

Judith McNicol, Director of the National Railway Museum said the consultation will help to provide further detail about the plans to unite the museum’s estate.

“It’s really important that we gather feedback at this early stage in the process so that the plans can evolve to offer as many benefits to our neighbourhood and to our visitors as possible,” said McNicol.

The Central Hall plans form an early stage of the delivery of York Central, the 45-hectare regeneration site which is a partnership with Network Rail, Homes England, City of York Council and the museum.

A planning application will be submitted in the coming months, following analysis of all the feedback from the consultation process.

The improvements are expected to be completed by 2025, which will mark the museum’s 50th Anniversary.