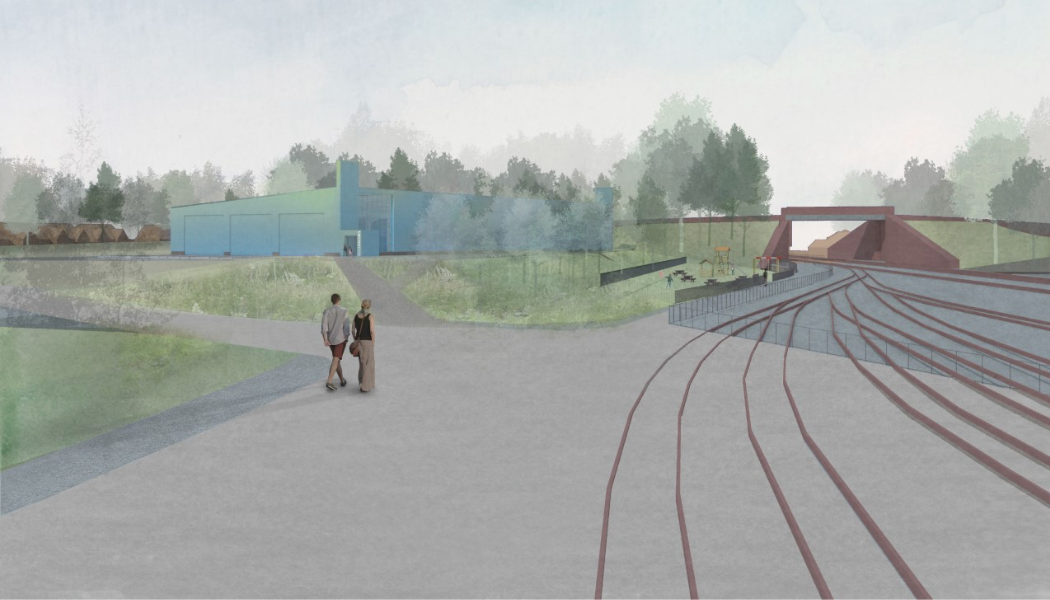 An exhibition will showcase plans for the new building, which forms part of the National Railway Museum’s ‘Vision 2025’ masterplan.

Plans for a new £5.9m collection building at Locomotion in Shildon have been revealed as part of an exhibition to be displayed this month.

The building is said to become the centrepiece of a programme of improvements taking place at Locomotion as part of the National Railway Museum’s ‘Vision 2025’ masterplan. These include repairs to the site’s historic buildings, the display of the original Locomotion No.1 and the relocation of the historically-significant Gaunless Bridge.

Designed by AOC Architects, the new building at Locomotion was originally due to open in 2022 but was delayed as a result of the pandemic.

The exhibition to reveal the plans will be on show at Locomotion next week, and there will be a face-to-face open session at the museum with project team members, before the plans are submitted for approval later in the year.

Dr Sarah Price, Head of Locomotion, said the building project would help in the move towards net zero carbon across the site.

“This will create a lasting legacy for the area as we celebrate the bicentenary of the Stockton & Darlington Railway in 2025,” said Price.

Cllr Elizabeth Scott, Durham County Council’s Cabinet member for economy and partnerships said the new building “will not only revitalise the site and attract more visitors but also showcase the dynamic culture and rich industrial heritage of County Durham, which is a key reason why the county is bidding for UK City of Culture 2025.”

The museum received a share of £3.5m regional ‘Levelling Up’ funding following a successful bid by Durham County Council, which will see upgrades to the visitor car park, assistance with landscaping and further repairs to the historic coal drops.