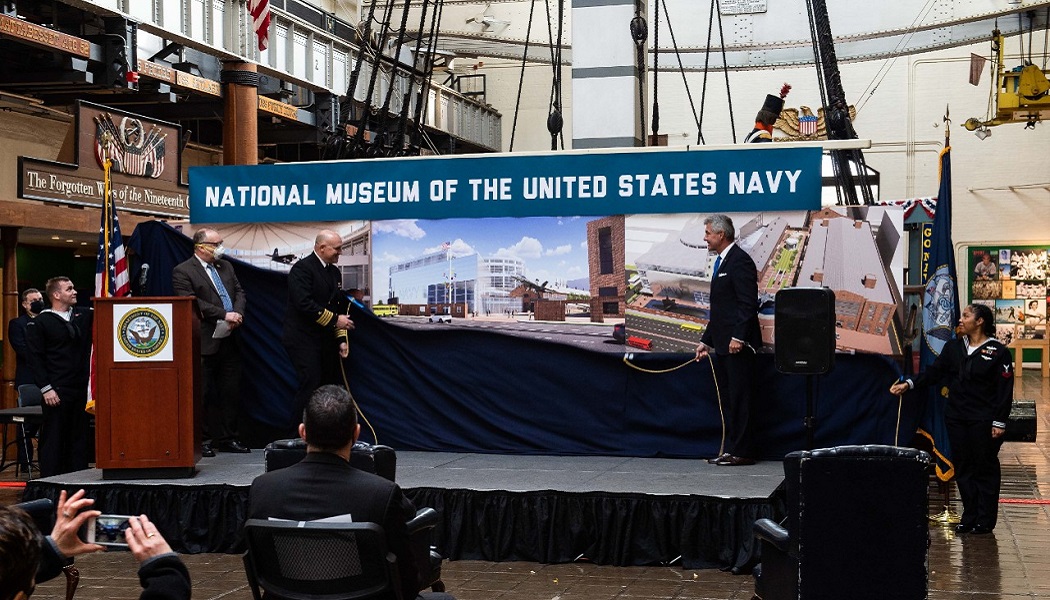 Plans unveiled for new National Museum of the U.S. Navy in Washington D.C

Preliminary renderings have been revealed to the public as the U.S. Navy announces its intention to build a new $204M museum, expected to be situated in the historic Washington Navy Yard.

The scheme would see a new campus opened in conjunction with the existing National Museum of the U.S. Navy venue. The site “will serve as an educational, inspirational, cultural and ceremonial centre for those who have served, and are serving in the Navy today”, according to Kenneth J. Braithwaite, secretary of the Navy.

“The exhibits in this advanced museum will demonstrate the critical role the Navy has played in the defence of our nation,” he adds. “It is vital that the American people understand the importance of a strong and viable naval force. As a maritime nation, our future depends on it.”

The Naval History and Heritage Command, which operates the current National Museum of the U.S. Navy, will co-ordinate the new museum’s construction. The organisation’s mission – to preserve and present an accurate history of the U.S. Navy to the American public – is “essential to honouring those who have served and are serving the Navy today”, notes Naval History and Heritage Command director Samuel Cox. 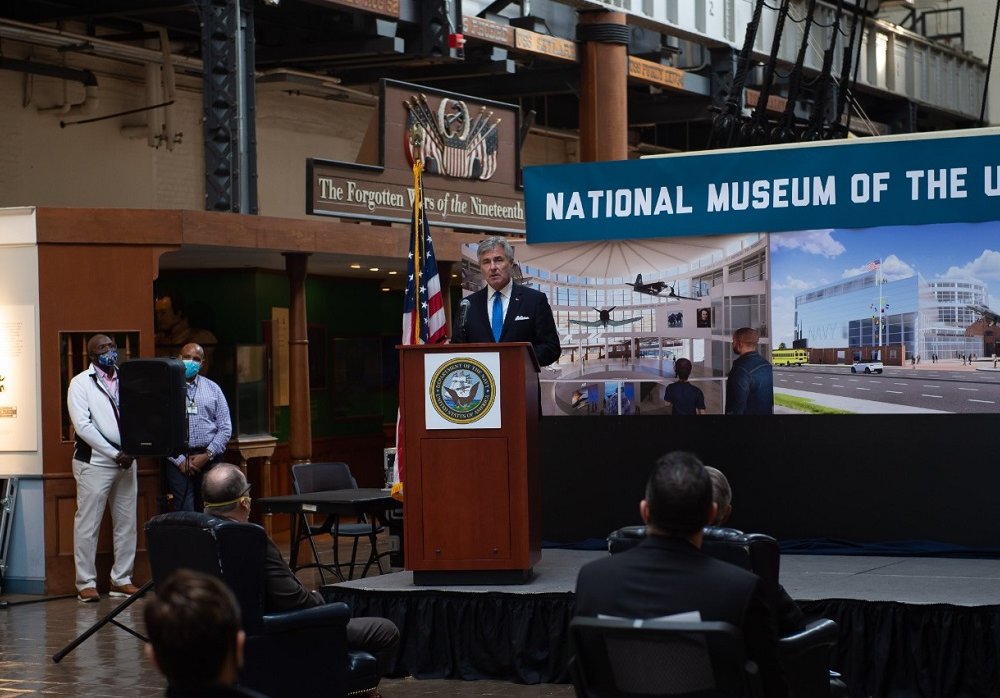 Secretary of the Navy, Kenneth J. Braithwaite gives a speech during the announcement ceremony of the new National Museum of the United States Navy © Naval History and Heritage Command/U.S. Navy

While many details are yet to be finalised, the proposal sets out a vision of an “advanced, campus design that will bring to life the human experiences of serving in the U.S. Navy, deliver leading-edge engagement to amplify Navy priorities and operations, showcase the history and heritage of all Navy communities, and create a memorial to our heritage and the service and sacrifice of American sailors”.

To raise funds for the new museum, the Navy says it plans to partner with a non-profit organisation dedicated to naval history. Construction costs are estimated at $204M for phase one of the project, with additional phases potentially totalling $450M.

U.S. Navy history and heritage body celebrates half a decade of conservation work