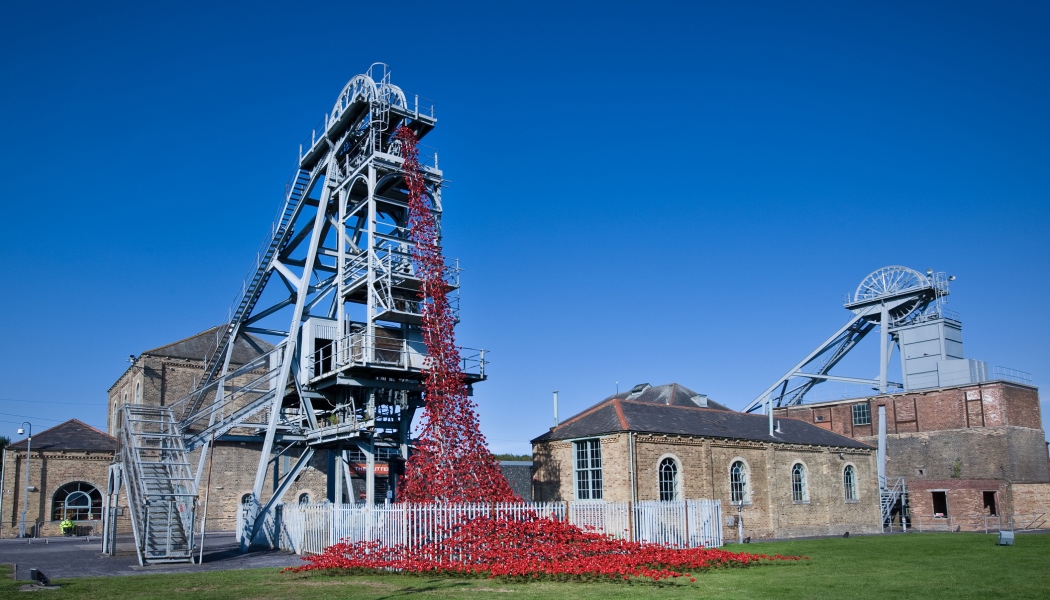 In just three weeks, an amazing 40,000 people have visited the iconic poppies sculpture Weeping Window at Woodhorn Museum – the very first venue for the work on a UK-wide tour organised by 14-18 NOW

To put that in perspective, it means that Woodhorn Museum’s visitor figures were up 1,340 per cent on last September. And in order to ensure the smooth flow of visitors the museum has been helped by a core of 35 volunteers, some of whom have given up yo three weeks of their time.

Wave (currently on show at Yorkshire Sculpture Park) and Weeping Window are from the installation Blood Swept Lands and Seas of Red by Paul Cummins Ceramics Limited in conjunction with Historic Royal Palaces, with the poppies and original concept created by artist Paul Cummins and installation designed by Tom Piper. 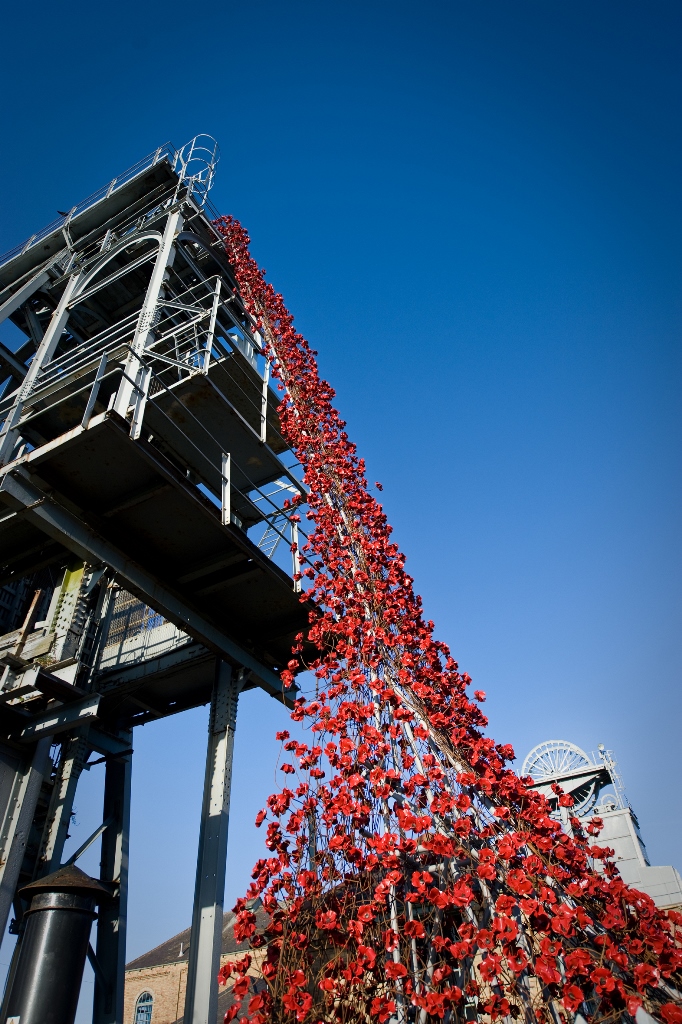 Blood Swept Lands and Seas was originally at HM Tower of London from August to November 2014 where 888,246 poppies were displayed, one to honour every death in the British and Colonial forces of the First World War. The weeping window has been installed on the the No 1 Heapstead at Woodhorn Museum and opened on 12 September. 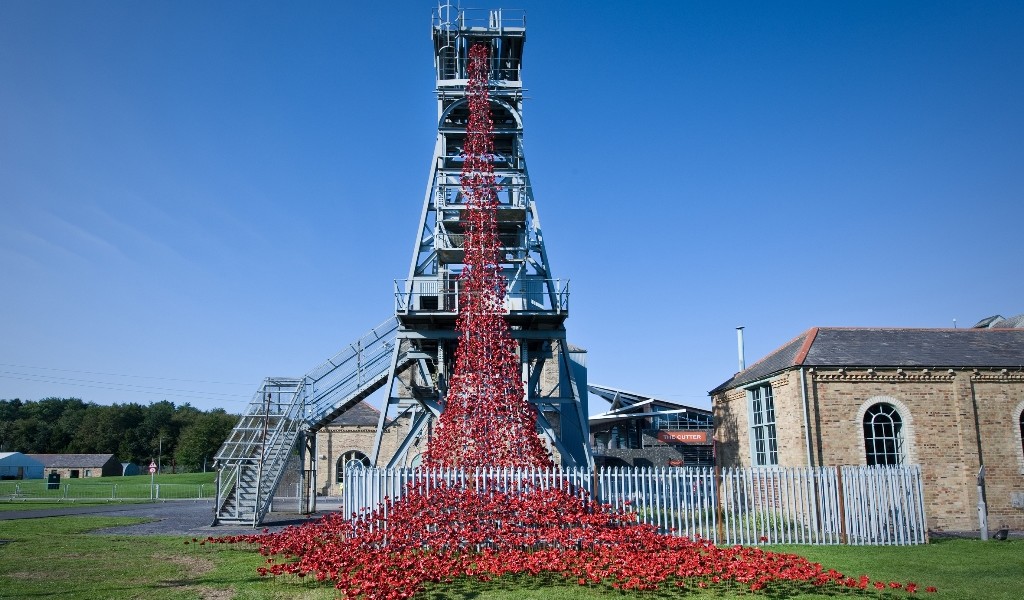 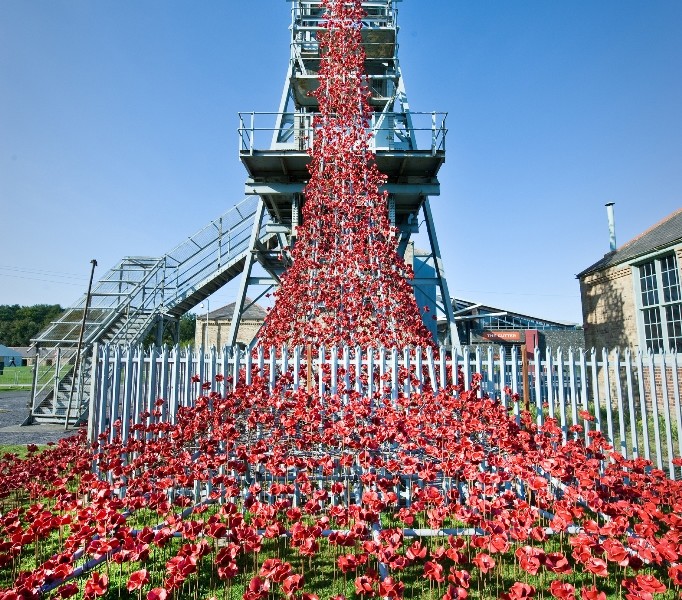 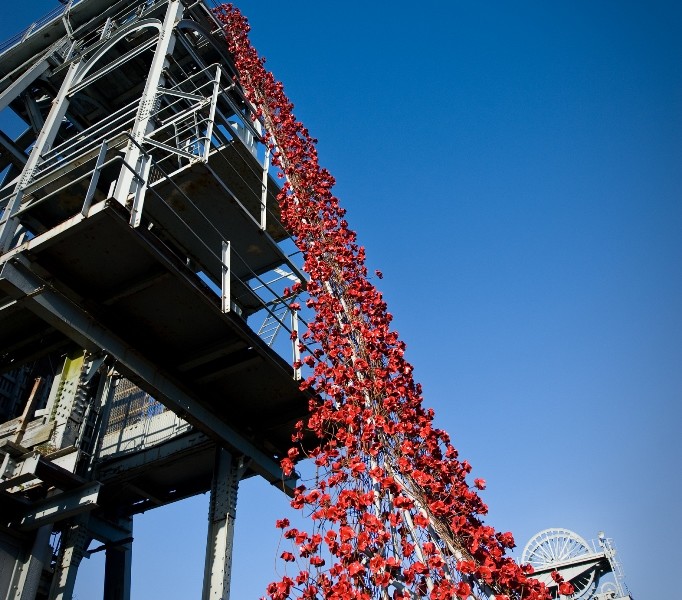 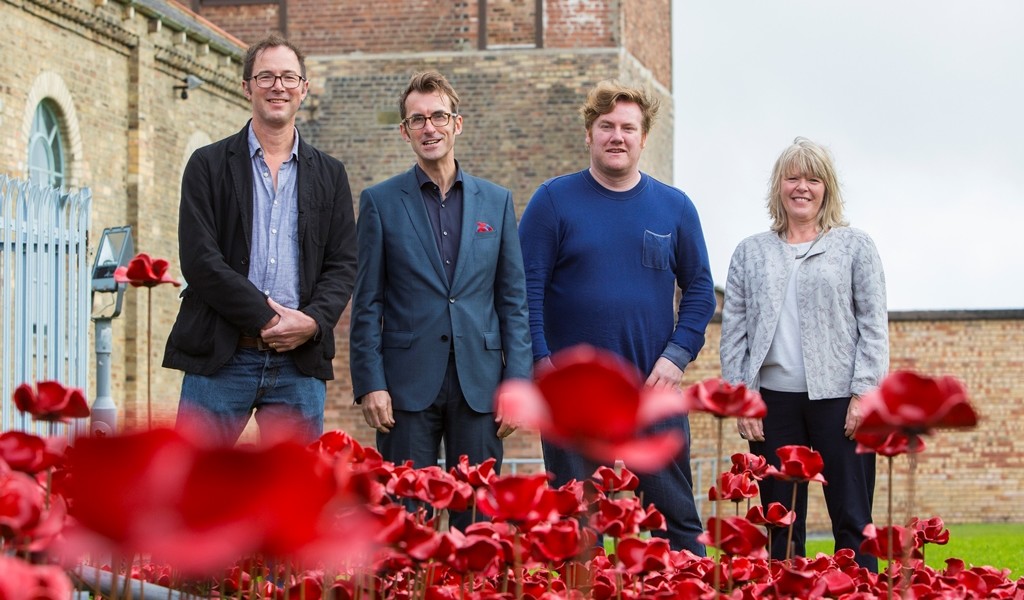 Visitors have travelled from far and wide to see the poppies in Northumberland and Woodhorn’s Director Keith Merrin said he was particularly thrilled by the response of regional residents. “The reason we wanted to bring the poppies installation to Woodhorn was because we believed that the people of the North East might not have had the chance to see the work at the Tower of London and would respond to its very direct placing within an iconic North East context,” he said. “It is great to see that we were right and people have come out in their thousands to see it and really loved the way that we have presented it tumbling from the pit wheel.”

A large amount of planning and organisation went into orchestrating the show in a short space of time (less than six weeks), which has paid off said Merrin, with the site coping well and visitors flowing easily around the sculpture. “We had a fantastic response to our call for volunteers and our thanks must go to a brilliant team who have not only helped to direct visitors, but who have added something special to the whole experience.”

One of enduring aspects of the exhibition is the amount of comments and conversations that have taken place between the visitors, staff and volunteers. “Our staff and volunteers have had so many lovely comments from visitors who have been really moved by the experience,” said Merrin.

Weeping Window will be at Woodhorn until Sunday 1 November and is open every day 10am – 5pm.

Supporters who helped bring the Poppies to Woodhorn