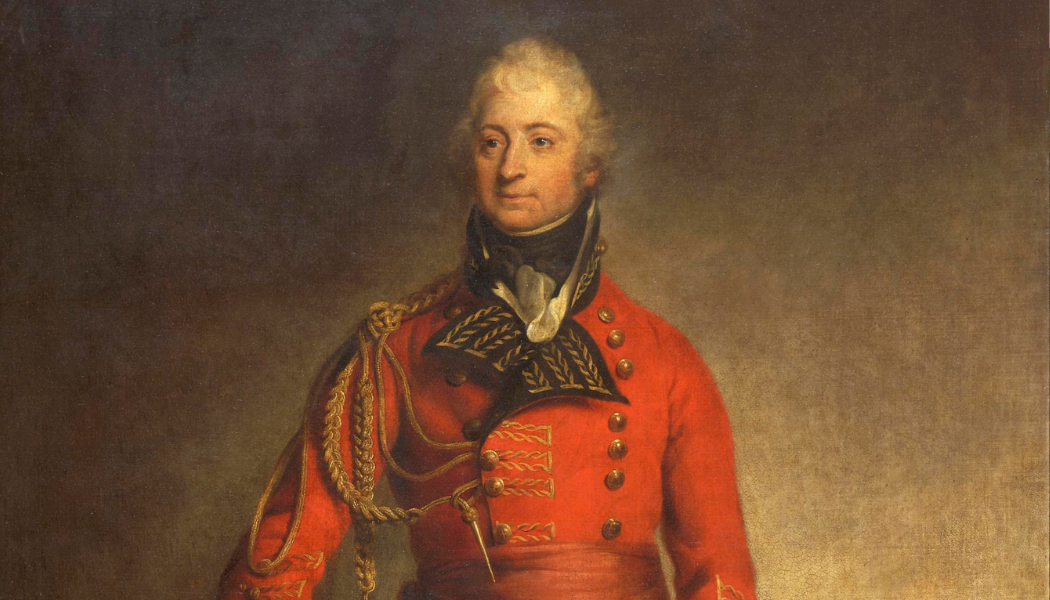 The removal is part of a project to reinterpret the painting, led by Nation Museums Wales and community partner the Sub Sahara Advisory Panel.

A portrait of Lieutenant-General Sir Thomas Picton has been taken down from the’ Faces of Wales’ gallery at National Museum Cardiff ahead of a new youth-led initiative to reinterpret the painting.

As previously reported, Amgueddfa Cymru – National Museum Wales and community partner the Sub Sahara Advisory Panel (SSAP) announced two new artist commissions which will reframe the legacy of the Welsh officer of the British Army who fought in the Napoleonic Wars

The commissions follow a callout by Amgueddfa Cymru earlier this yea for artists to explore alternatives to the colonial narrative represented by the portrait of Lieutenant-General Sir Thomas Picton by Sir Martin Archer Shee, which been a part of Amgueddfa Cymru’s collections since its founding in 1907.

Having now been removed, the painting will be kept in the Museum’s stores before being redisplayed and reinterpreted over the coming months. Another portrait titled ‘Hedger and Ditcher: Portrait of William Lloyd’ will take its place.

The new commissions are by Trinidadian and Tobagonian multi-disciplinary artist Gesiye and UK-based Laku Neg, a group of four members of Trinidadian heritage that promotes expressions of African diaspora knowledge through the arts.

Kath Davies, Director of Collections and Research at Amgueddfa Cymru said the removal was another step in “examining our national collections and thinking about  who we display in our Faces of Wales gallery and why.”

“This project replaces one artwork – which assigns great importance to someone whose actions as Governor of Trinidad even at the time were seen as cruel – with a celebratory portrait of a worker – someone we could today consider to be a hero.”

Amgueddfa Cymru will be creating educational resources on the history and achievements of communities experiencing racial inequalities within its society, it said.

Fadhili Maghiya, Director of the Sub Sahara Advisory Panel added: “As we aim to build a Wales that is inclusive, built on the foundations of equality and one which focuses on community cohesion and appreciative of the different cultures that exist in our country, we need to celebrate those who are representative of the society we live in. Those individuals should be displayed on the Faces of Wales Gallery”.