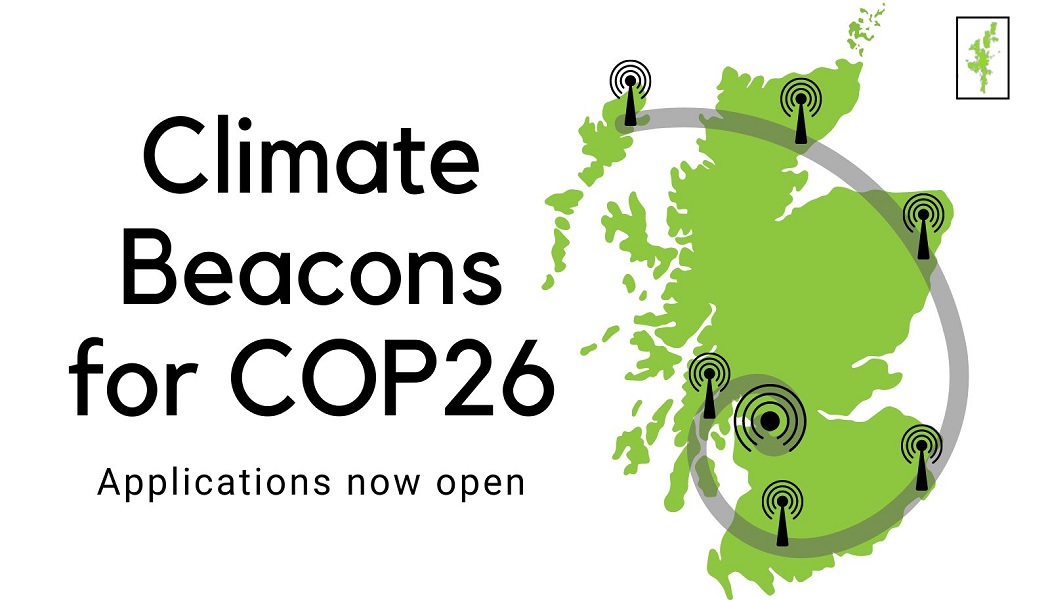 As November’s COP26 summit in Glasgow draws ever nearer, an initiative aiming to unite Scotland’s cultural and green sectors in driving public engagement on climate issues is now open to applications.

Climate Beacons, coordinated by Creative Carbon Scotland, will pair leading organisations in cultural and heritage fields with counterparts specialising in climate science, policy, the public sector and civil society as a way to develop environmentally focused public engagement programmes before, during and after COP26.

The partnerships will form ‘Beacons’ situated in a variety of locations throughout Scotland; ensuring engagement is not confined to urban conurbations as has been the case in arts programming run alongside previous COP summits.

The project, which is set to operate until mid-2022, “provides an opportunity to direct the skills and resources of the arts sector into deep-seated and long-lasting public engagement that will ensure that this momentum continues long after the COP26 negotiations have concluded”, says Ben Twist, director of Creative Carbon Scotland.

COP26 coming to Glasgow, he adds, “represents a major opportunity to boost climate action in Scotland”, which is something Creative Carbon Scotland has “witnessed the enthusiasm of arts organisations around the country for”.

To support its work, Creative Carbon Scotland has assembled a steering group of leading sector organisations and development bodies. These include: Architecture and Design Scotland, Creative Scotland, the Edinburgh Climate Change Institute, Museums Galleries Scotland, the Scottish Library and Information Council, and the Sustainable Scotland Network.

Applications are now open to all Scottish-based organisations interested in contributing to the initiative. The closing date for entries is 9am on 10th May, with successful partnerships announced at the end of May.

More information on the Climate Beacons project can be found here.