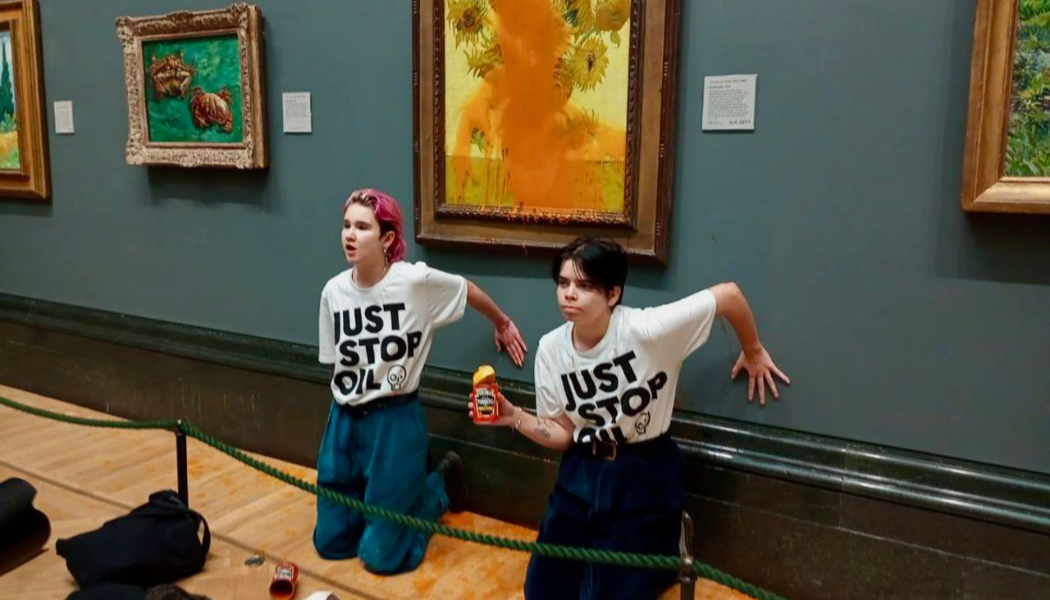 Activists from Just Stop Oil threw soup over the painting before appearing to glue themselves to the Gallery’s wall.

A video on Twitter, posted by Guardian environment correspondent Damien Gayle, appears to show the activists throwing tin of soup over the painting before attempting to glue themselves to the gallery’s wall.

Activists with @JustStop_Oil have thrown tomato soup on Van Gogh’s Sunflowers at the national Gallery and glued themselves to the wall. pic.twitter.com/M8YP1LPTOU

The protest took place shortly after 11am in Room 43 of the Gallery.

The National Gallery said there has been minor damage to the frame of the painting, but that the painting itself – which is glazed – was “unharmed”.

The activist continued: “The cost of living crisis is part of the cost of oil crisis” before saying that some families “can’t even afford to heat a tin of soup”.

The Gallery said that the room was cleared of visitors following the protest, and that police were called. Two people have been arrested.