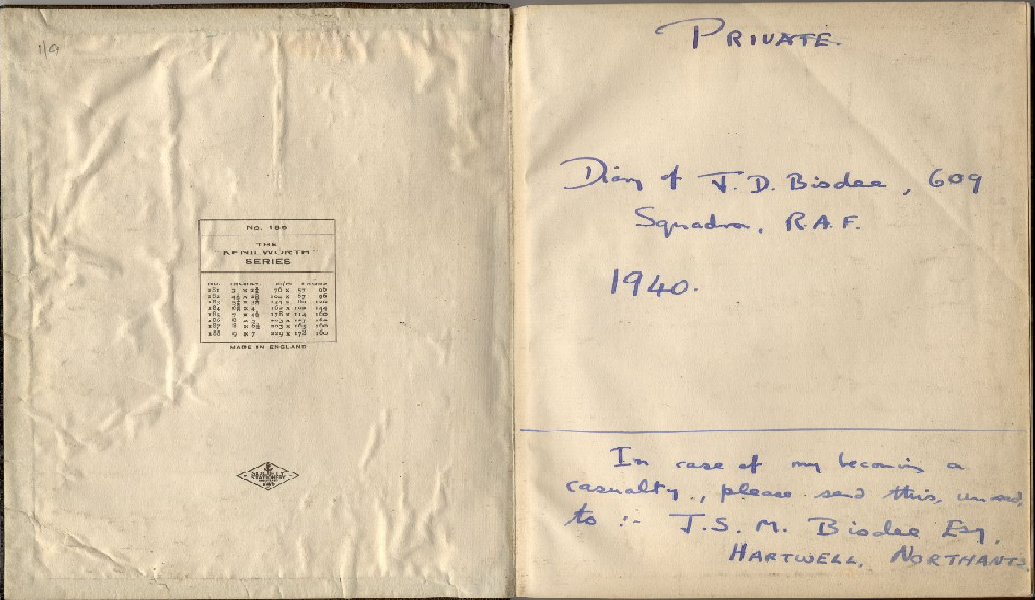 The Royal Air Force Museum is currently publishing a daily blog about the Battle of Britain on its website, which follows the military life of a WWII pilot

Entries for the blog will be taken from the diary of a young pilot John Bisdee of No.609 (West Riding) Squadron, Auxiliary Air Force; and will describe not only his combat sorties but also his hopes and fears as well as his life off duty. On days when there are no diary entries the blog will reproduce information from the Air Staff Operational Summaries.

The dates of from July to 31 October were selected as the blog’s publication dates as this period in 1940 was later laid down by the Royal Air Force for the allocation of Battle of Britain honours to units, and for aircrew to qualify for the Battle of Britain clasp.

Peter Elliott, the Head of Archives for the Royal Air Force Museum, said: “First-hand accounts, written at the time of the Battle, are rare. Bisdee’s diary shows that life on the front line could be a mixture of intense action and off-duty relaxation. We tend to think of the Battle as taking place over the South-East but Bisdee’s squadron, based in Hampshire, saw action over an area stretching from the outskirts of London to Bristol.”

There are some gaps, but the museum has filled these with extracts from the daily Air Staff Operational Summaries to give a picture of the overall campaign and have also added relevant material from the museum’s collections, such as portraits of Bisdee and some of his colleagues and a number of the squadron’s combat reports. 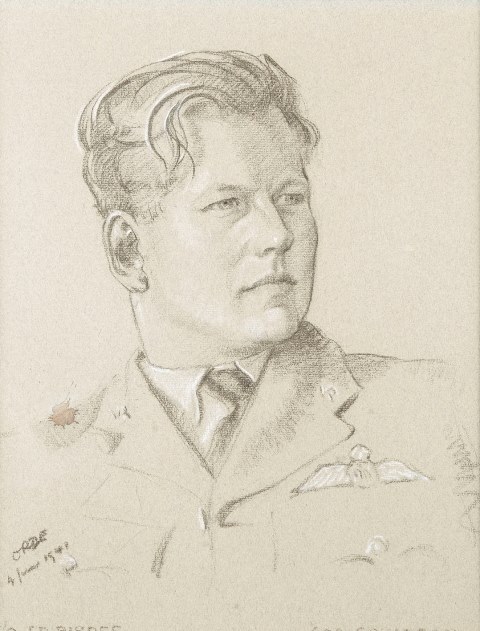 A portrait of John Bisdee

The blog gives an opportunity to see the Battle of Britain unfold through the eyes of a young man who went on to become one of the RAF’s more successful fighter pilots; and it provides us with an added insight into what it was really like to be one of ‘The Few’.

John Bisdee was born in Weston-Super-Mare in 1915 and joined the Royal Air Force Volunteer Reserve in 1937. He saw action over Dunkirk in June 1940 and remained with 609 Squadron throughout the Battle of Britain being awarded a Distinguished Flying Cross and an OBE by the end of the war. He left the service in 1945 to resume his career with Unilever, before dying in October 2000.