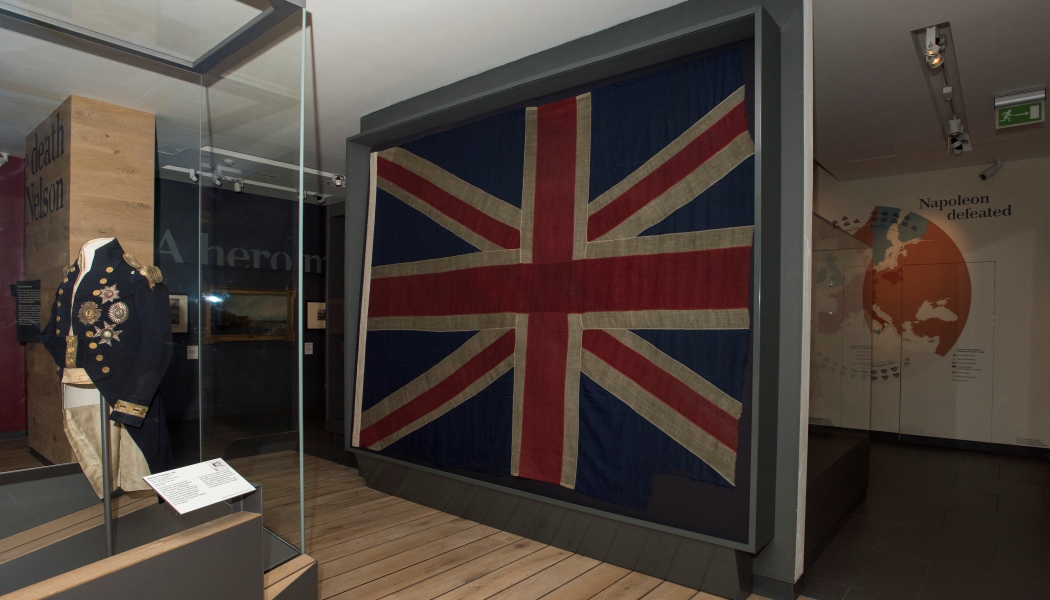 In commemoration of Trafalgar Day today, the National Maritime Museum (NMM), London will unveil the new display of a rare surviving Union flag from the Battle of Trafalgar in its Nelson, Navy, Nation gallery

The National Maritime Museum display will show the Union flag flown at the Battle of Trafalgar from the HMS Minotaur in October 1805. It was acquired from the Church of St Mary’s Selling, Kent, the prize of Stephen Hilton, who served as the Master’s Mate on the Minotaur.

At the time it was common practice for warrant officers, such as Hilton, or junior officers to take ensigns as rewards after battle. Hilton returned to Selling at the close of the Napoleonic Wars and is buried in the churchyard of St Mary’s, having died aged 85 in 1872. His descendants presented the flag to the church in the 1930s. 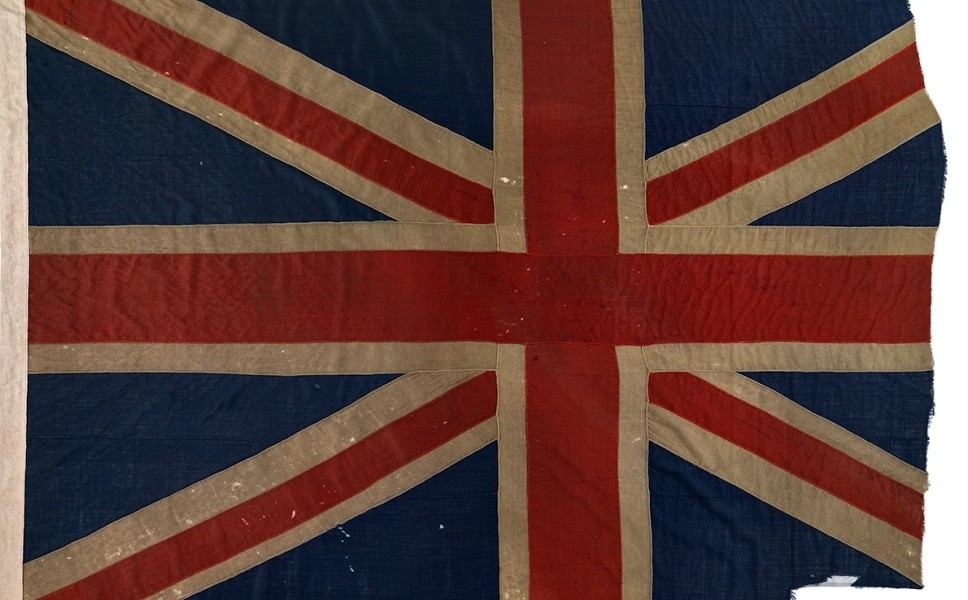 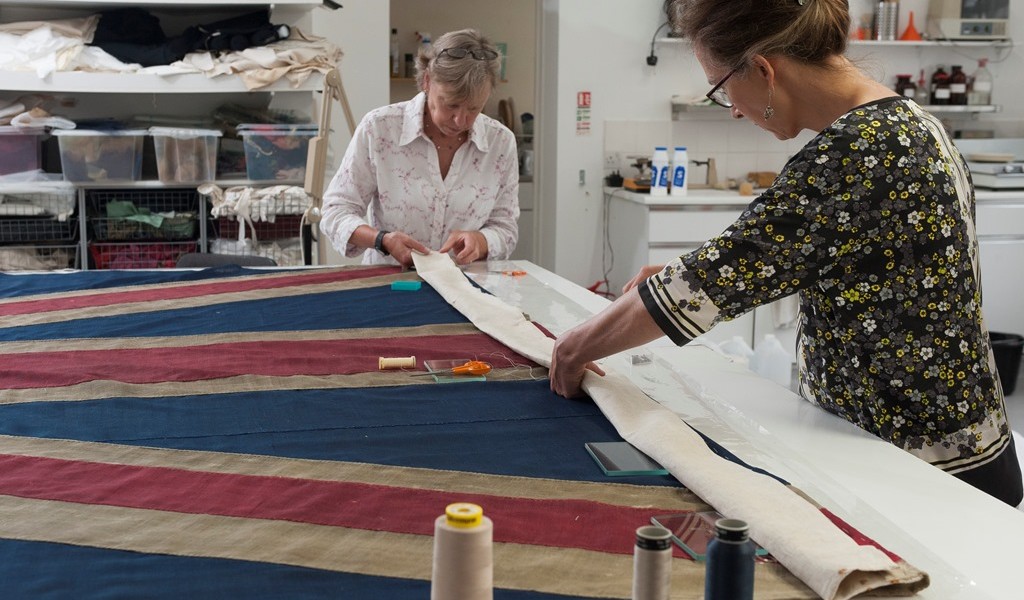 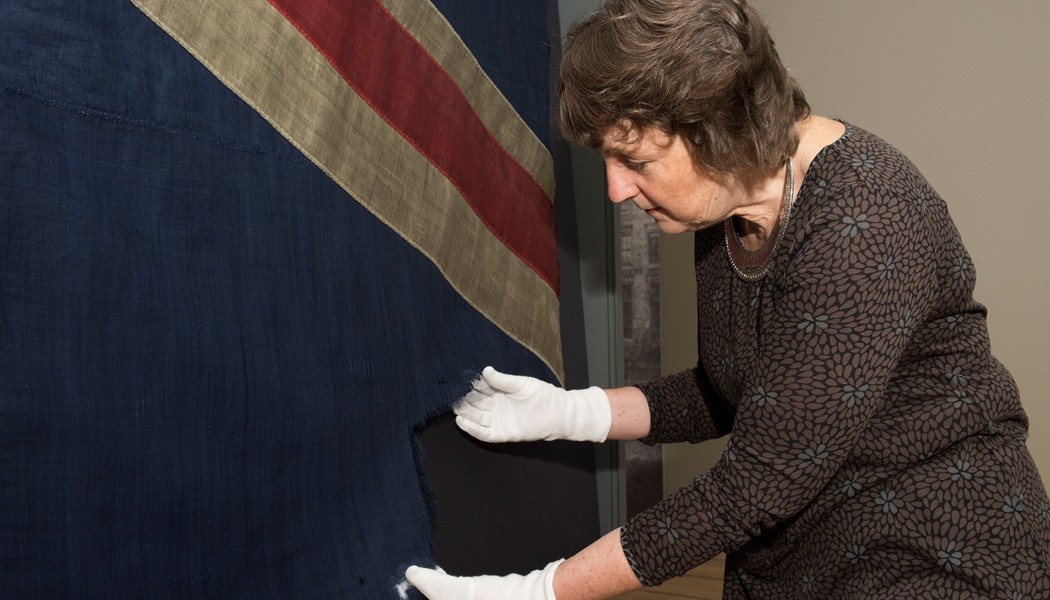 Upon its acquisition the Union flag was conserved by the NMM to restore it to as close to its original form as possible. However, there are two sections missing; the right hand edge of the flag and an oblong section from the bottom right hand corner. The flag has also been ironed out – adding 40mm to its length and 73mm to the width – thoroughly cleaned and had a number of small holes and losses repaired.

The NMM holds two images in its collection which depict the significance of the flag within the Battle of Trafalgar. ‘The Battle of Trafalgar, 21 October 1805’ by Joseph Mallord William Turner illustrates the use of the Union Flag in battle, as HMS Victory can be seen with it flying to the left of the main mast, and the print entitled, ‘Plan of the Action of Trafalgar Octr 21st 1805’, marks the position of the ships during the battle, placing the Minotaur in the left hand column being led by Nelson’s Victory.

On 10 October 1805, Admiral Lord Nelson issued an order ahead of the battle,  stating, “When in presence of an Enemy, all the ships under my command are to bear White Colours and a Union Jack is to be suspended from the fore-topgallant stay”  to avoid confusion with the French and Spanish colours.

The Union flag will go on display alongside a rich array of objects relating to the battle, including the uniform worn by Nelson.