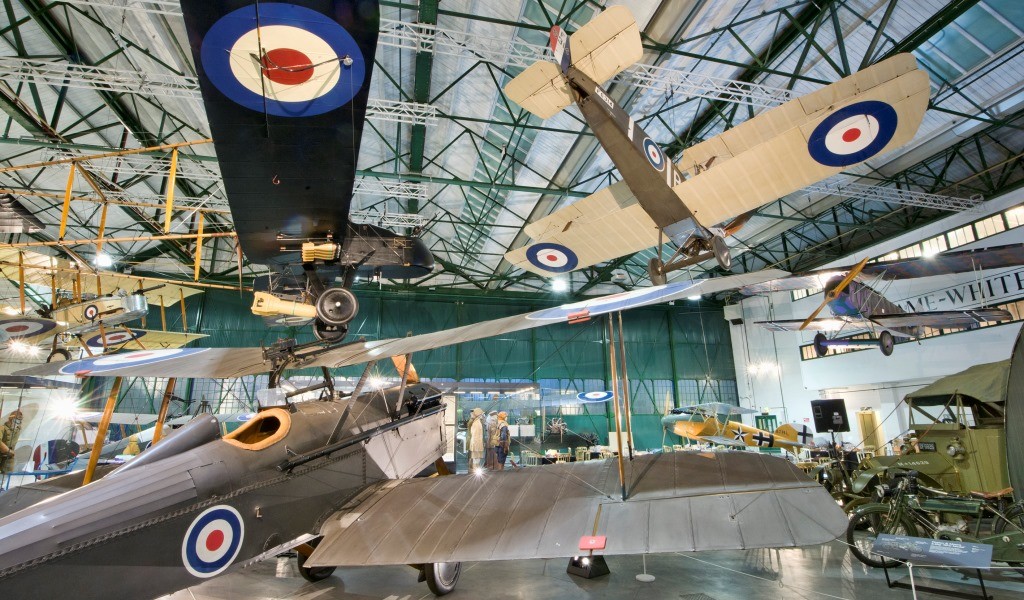 The RAF Centenary Programme – The First 100 Years has been awarded £4.89million from the Heritage Lottery Fund (HLF)

As the oldest and longest serving air force in the world, the RAF will turn 100 in 2018 and the Royal Air Force Museum will mark the occasion with a series of national celebrations and commemorations.

As custodians of the RAF story, the Museum is planning an ambitious programme of activities and events for the summer of 2018. Having opened the HLF funded First World War in the Air, in December 2014, the Museum now aims to deliver the next phase of work, which will tell the story of the first 100 years of the RAF by sharing the experiences of its service men and women and international partners.

Maggie Appleton, CEO of the Royal Air Force Museum, said: “The story of the RAF is one of bravery, ingenuity and dedication which echoes within all our lives and will endure and enrich future generations. We are very excited to be given the opportunity to tell this story through the Museum’s collections and the voices of the individual men and women who served in the RAF and whose lives have been influenced by it.”

The HLF support will act as a significant contribution towards the Museum’s fundraising campaign for its RAF Centenary Programme with the HLF development grant award of £404,100 enabling the Museum to progress its plans developing designs for new exhibitions ahead of a full £4.89million grant application.

The Museum’s plans include a re-landscaping of its London site with a view to enhancing the visitor experience and celebrating its heritage as the cradle of British aviation. Under the HLF funded project there will also be a new visitor centre with a café, shop, soft play area and community spaces. A currently derelict 1930s RAF supply building will be transformed into a new restaurant.

A series of new permanent exhibitions will open in the summer of 2018 including The First 100 Years of the RAF and Now and the Future, which will enable visitors to understand the story of the RAF from its earliest years in the First World War to its global role today.

The Museum is also rolling out a new digital programme, My RAF Story, which will collect and share personal stories of the men and women of the Service to ensure they are preserved for future generations.

A new learning programme will aim to inspire young people in science, technology, engineering and maths (STEM) subjects. Additionally, new apprenticeships and volunteering activities will help the Museum conserve and display more of the incredible 1.2 million objects within its collection representing the national memory of the RAF at work and play, war and peace.

Further planned phases of the RAF Centenary Programme will bring to life the stories of the London Aerodrome and RAF Hendon – from which the first airmail, parachute jump, night flight and aerial defence of a city took place. It will evoke memories of being a major centre of First World War aircraft production and later playing a role in the Battle of Britain.