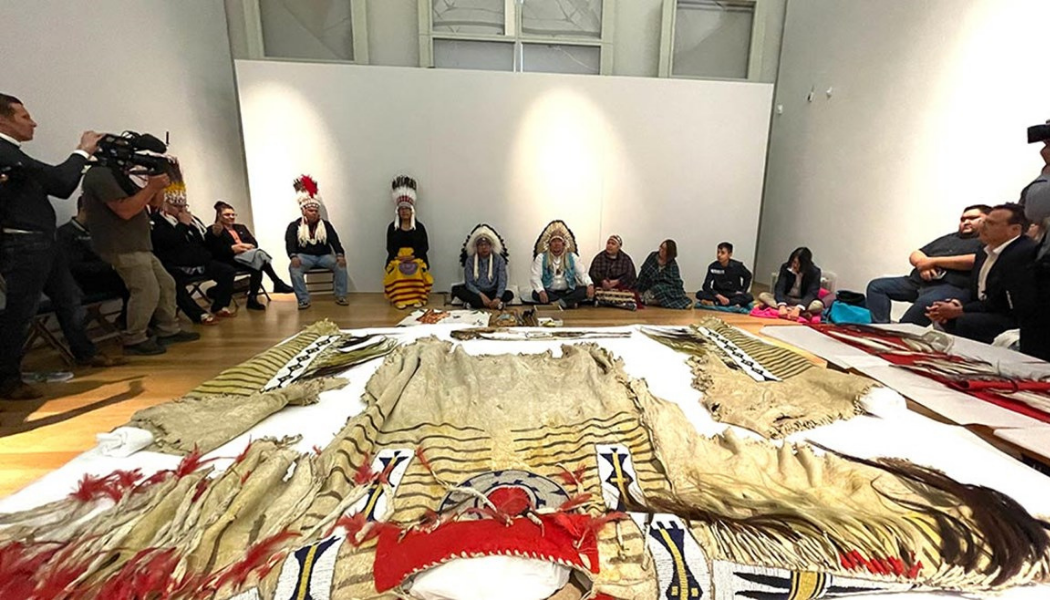 Objects housed in the Royal Albert Memorial Museum & Art Gallery in Exeter since 1878 are to be returned to Canada following a blessing at the museum.

Chief Ouray Crowfoot and a delegation from the Siksika Nation in Canada have taken possession of sacred regalia in a handover event at Exeter’s Royal Albert Memorial Museum & Art Gallery.

Following a blessing at the museum last week, the regalia will be packed and returned to Canada, where it will be redisplayed in the Blackfoot Crossing Historical Park, a museum focussing on Siksika cultural heritage and the preservation of their way of life.

The regalia and other belongings, which have been housed in the Royal Albert Memorial Museum & Art Gallery in Exeter since 1878, include a buckskin shirt, pair of leggings, a knife with feather bundle, two beaded bags and a horsewhip. These objects once belonged to Chief Crowfoot, an important late nineteenth-century Blackfoot leader.

The geographic area is of great spiritual significance to the Siksika Nation and Blackfoot Crossing Historical Park is built on the site of the signing of the Blackfoot Treaty, also known as Treaty 7, in September 1877.

Exeter City Councillors voted unanimously to return the regalia in April 2020, but Covid travel restrictions have meant that it has only recently been possible to complete the repatriation.

Jon-Paul Hedge, Exeter City Council’s Director with responsibilities including the museum, said: “After agreeing this momentous step more than two years ago, we are now pleased to return Crowfoot’s regalia to the Siksika Nation. We hope it marks the start of an ongoing relationship between Exeter and the Siksika people.” 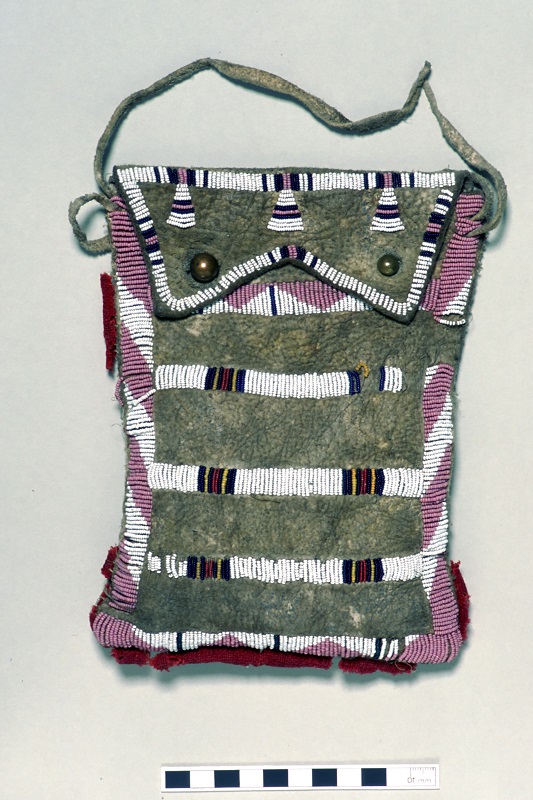 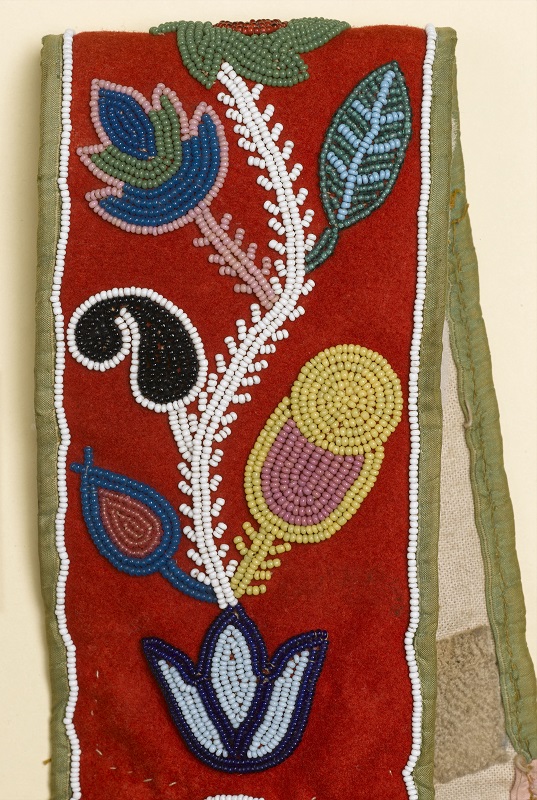 Chief Crowfoot said: “Bringing these items back home to Siksika is a historic event. Many items left Siksika and other Nations and were scattered across the globe.

“Now the tides are turning and these items are finding their way back home. Crowfoot’s entire essence is in and around Blackfoot territory and this is where his belongings should be housed.

“We are building strong relationships with curators at several museums as well as private collectors in an effort to bring items such as the ones coming home back to their rightful place.

“There are many more Blackfoot items still in need of being claimed and repatriated back to their rightful homeland. To me, it is not as important how these items left Siksika, but what is important is how we bring them back home.”

The Siksika Nation will lend Chief Crowfoot’s belongings to Blackfoot Crossing Historical Park for display and the education of all peoples around their significance as part of world history, together with their journey to the UK and their return to the Chief’s traditional homelands.

Exeter councillors vote to repatriate artefacts to the Siksika Nation