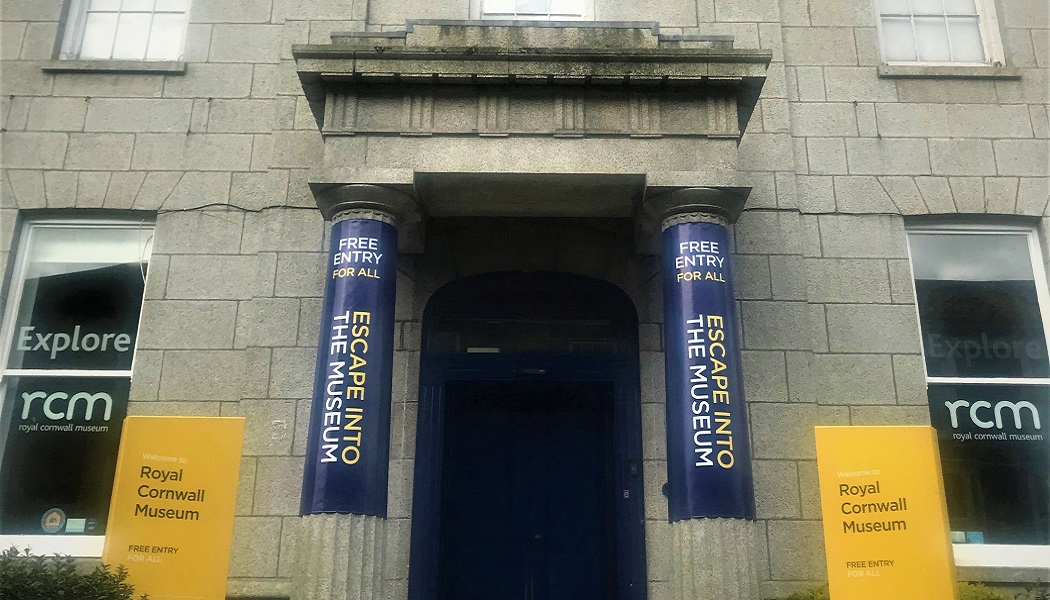 Museum heads and local MP say the future of the museum now hangs in the balance, despite increased visitors figures, as talks continue.

Staff at The Royal Cornwall Museum say the museum now under threat of closure after being unsuccessful in securing funding from Cornwall Council.

Cornwall Council said it had received 51 applicants to its culture and creative investment programme and was, as a result, heavily oversubscribed. The museum was one of the applicants not among those successful in securing funding. A total amount of £6,905,437 was requested, competing for a £1,868,000 budget allocation for the four years 2022-26.

The museum’s Artistic Director Bryony Robins said in a statement: “We are bewildered that after supporting our transformation and being so positive about the huge developments the museum has made, the council has now done this.

Robins argued that “month by month [the museum is] seeing an increase in visitors, and an increase on what we saw before Covid, despite this being a really difficult time for museums.

“To cut funding during a financial year is unprecedented and leaves us unable to approach alternative funders and facing a very real threat of closure.”

“This move is even more confusing because of the level of positive support the council has shown recently, supporting us in applying for national funding and making us central to their Town Fund bid.

Cllr Carol Mould, Cornwall Council’s portfolio holder for neighbourhoods, said: “We opened the scheme to applications in April. Officers in the Culture Team have been undertaking a full assessment of each one and have scored them against criteria that were set out in the application pack, including ensuring value for money for taxpayers.

“Inevitably there will be some organisations that the council has financially supported in the past whose applications have not been successful, or who are being offered less than they bid for in this round of funding.

“I hope residents will understand the complex set of choices and the thorough process that has been undertaken in coming to these decisions.”

On Twitter, MP for West Cornwall & the Isles of Scilly Derek Thomas said in a tweet: “The museum needs funding to continue to serve Cornwall for the future!”

Truro and Falmouth MP Cherilyn Mackrory wrote on Facebook: “Following the council’s withdrawal of financial support, there is a very real threat the museum will have to close its doors. This would be a catastrophic loss to the people of Cornwall, and our young Cornish children.

“Following the announcement, earlier yesterday I held urgent talks with the museum partners to discuss next steps, and how we could avoid closing its doors. Since my election in 2019 I have worked closely with the team at the museum and remain one of their biggest advocates.”

“I have requested an urgent meeting with all the stakeholders involved, and I have also written to the secretary of state for culture, asking for support from the Government for the Royal Cornwall Museum.”

“We are the keepers of a million objects, manuscripts, and artefacts that document 4,000 years of our story. We hold the treasures of Cornwall in this building. We are also a centre for education – 6,000 young people from almost every primary school in Cornwall visit us every year,” said Morton.

“The museum is a key part of the tapestry that makes Cornwall unique and draws people, tourism and funding to Cornwall and to Truro.”