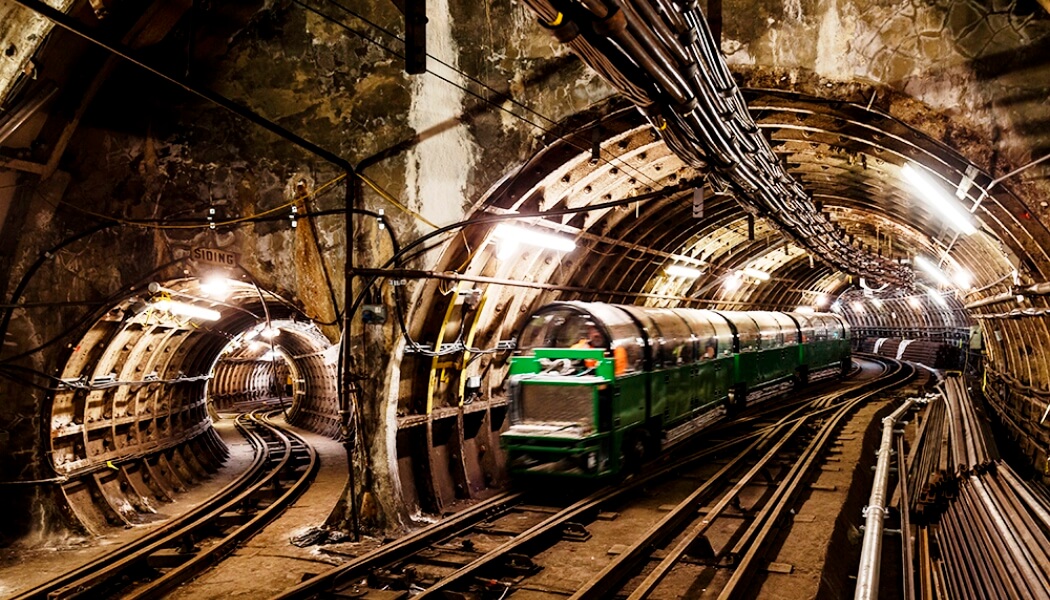 The Postal Museum will reopen next month and will reveal five centuries of British social and communications history through the narrative of the postal service. Alongside permanent exhibition galleries and a temporary exhibition space, Mail Rail, London’s secret Post Office Underground Railway, will be opened to the public for the first time in its 100 year history, including a subterranean ride through some of the original tunnels.

The five-year partnership will see Royal Mail offer general financial support (a figure has not been disclosed) that will enable The Postal Museum to continue its programme of offering first-hand experiences of what it was like to transport mail underground. Although the Postal Museum is an independent charity it closely linked with the Royal Mail Group, not only through its subject matter, but also as it manages the Royal Mail archive, for which it receives a separate annual payment from the Royal Mail.

The Postal Museum looks after more than 400 years of postal heritage, which includes the archive of Royal Mail Group and Post Office Ltd, which are Designated as being of outstanding national importance by the Arts Council, and are on the UNESCO memory of the World UK Register.

“We are delighted to be supporting Mail Rail at The Postal Museum, an exciting new exhibit and ride,” said Moya Greene, Royal Mail’s Chief Executive Officer, said:  “Over the past 500 years, the delivery of mail has changed beyond recognition, from a small group of King’s Messengers to a national network connecting people, companies and communities across the UK. During this time Royal Mail has been responsible for a number of world firsts. Transporting mail underground is definitely one of them. We are excited for people to experience this forgotten gem in mail delivery.”

The Royal Mail had the idea of transporting mail underground in the 1800s and launched a pneumatic system in 1863 that saw rail cars sucked or blown through a tunnel. The idea was revised in the early 20th century to improve the efficiency of mail delivery in London as the capital’s streets became increasingly congested and polluted. The expanded underground mail rail, which ran from Paddington District Sorting Office in the west to the Eastern District Sorting Office at Whitechapel, opened in late 1927 and used electrically powered driverless trains.

The Mail Rail will showcase this history and be a grand finale to the museum visit, which will begin by take visitors on a journey through five-centuries of curiosities, providing a different, previously unseen view on some of the world’s most significant historical events, and an insight into the quirky beginnings of the earliest social network.

Visitors will then descend into the old engineering depot of Mail Rail and board a miniature train designed to transport them through its narrow tunnels. The interactive train ride will pass through and stop at the original Mount Pleasant station platforms, where an audio visual display will take riders back in time, giving an insight into the heyday of the railway.

Adrian Steel, Director of The Postal Museum, said: “Mail Rail was an unprecedented engineering marvel in its time, and is testament to the innovation and dedication of Royal Mail throughout its 500 years to ever speed up communication. Royal Mail is a very fitting sponsor and we look forward to working together to bring this amazing piece of history to life and making Mail Rail at The Postal Museum a major, successful attraction.”

The £22m Postal Museum is supported by National Lottery players through the HLF, Royal Mail and Post Office Limited.