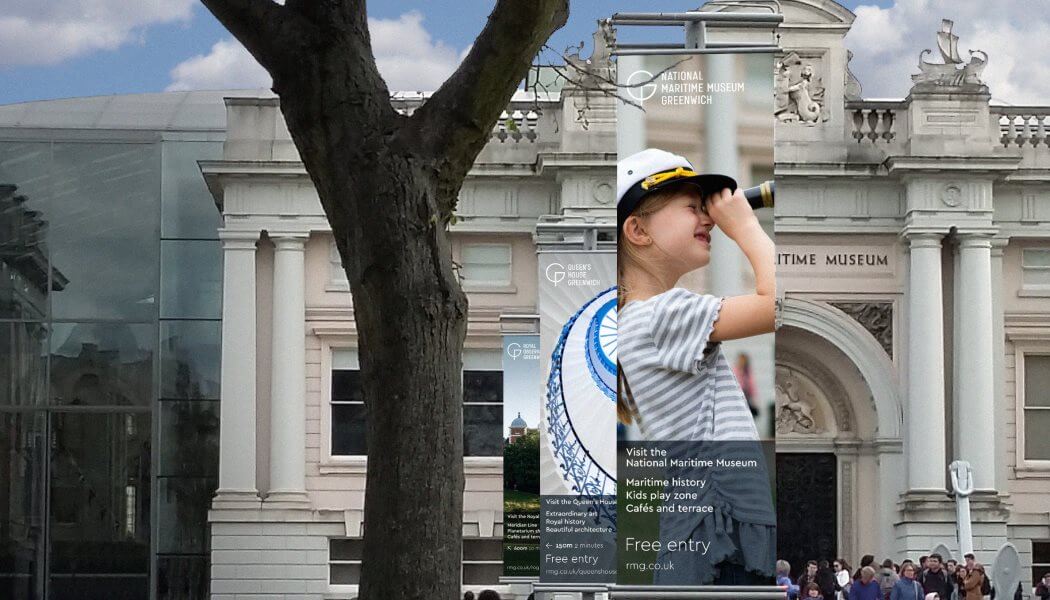 Royal Museums Greenwich (RMG) consists of National Maritime Museum, Royal Observatory Greenwich, Peter Harrison Planetarium, Cutty Sark and the Queen’s House, all located within the UNESCO World Heritage Site of Greenwich in London and despite being rich in assets and commercially minded it felt there was a confusing messaging to its brand.

This was compounded, it established, by a visual identity, which didn’t effectively represent the full Royal Museums Greenwich offer. RMG believed it was also unclear what role the ‘parent brand’ played in relation to the separate sites.

Royal Museums Greenwich appointed Jane Wentworth Associates (JWA) in 2015 to define the brand strategy, positioning and the sites’ relationships with each other. Creative agency, Intro was appointed to look into the way the brand is visually expressed across all sites and then to design the new visual identity. 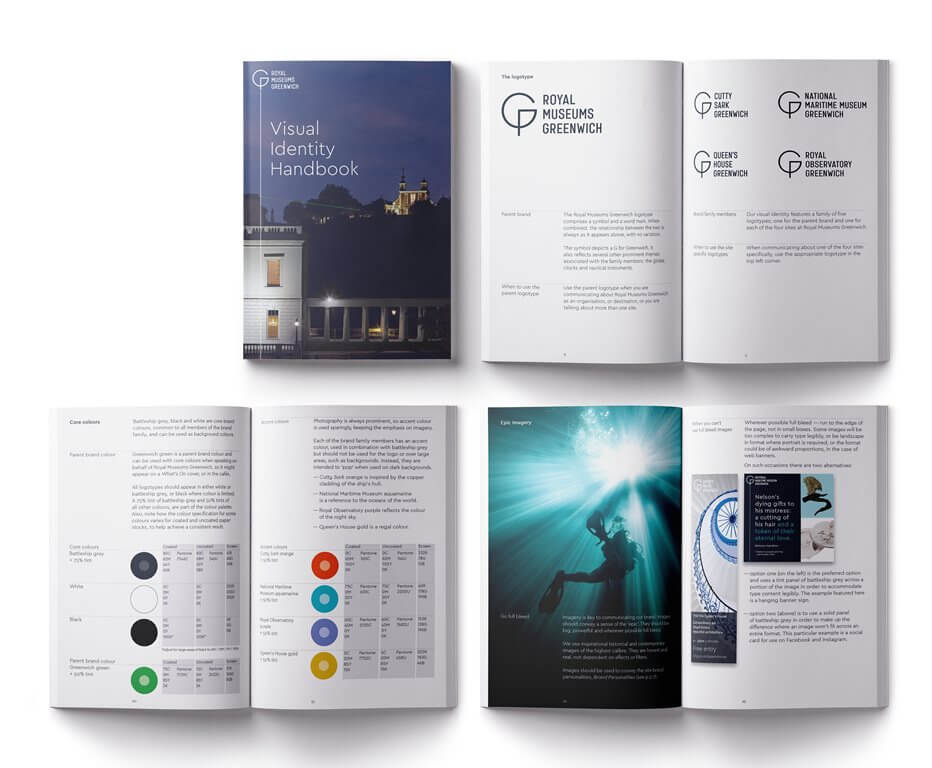 Through workshops with staff and stakeholders JWA established that the organisation’s purpose was to enrich people’s understanding of the sea, the exploration of space, and Britain’s role in world history. By doing so, they ventured that visitors would discover more about humanity, and the possibilities of human endeavour. This was summed-up with the line: ‘Exploring the universe, discovering ourselves’. JWA then spent time with all the RMG teams exploring what the strategy ideas would mean in their work, from exhibitions to visitor services to curatorial practice.

Eleanor Harris, Director of Visitor Experience and Enterprise at Royal Museums Greenwich said: “Our new brand strategy and visual identity will help build recognition, profile and loyalty, attracting more visitors and a more diverse audience. We are a world-class global attraction – and this rebrand embodies our ambitions.”

The new identity is made up of a symbol and a word, the G symbol depicts a G for Greenwich and also reflects several other prominent themes associated with the family members: the globe, clocks and nautical instruments. Intro said the new logo ‘overtly references Greenwich’s historic meridian line – symbolic of the museum’s position to London and the world – and to visitors personally’. The line device combined with the logo provides a framework for all communications. The identity features a family of five logotypes – one for the parent brand and one for each of the four sites – with non-traditional fonts and core colours of ‘battleship grey’, black and white. The use of ‘epic’ imagery is also key to communicating the brand. Inspirational historical and contemporary

“The distinctive individual offers are celebrated by endowing each site with differentiators and personality in a way that still fitted within the combined overall offer of ‘an epic place of exploration’,” said JWA. “This approach was designed to not only sell the different sites but to also boost Greenwich’s profile as a must-visit daytrip destination.”

Art Fund campaign to save Elizabeth I portrait succeeds through public donations and £7.4m HLF grant