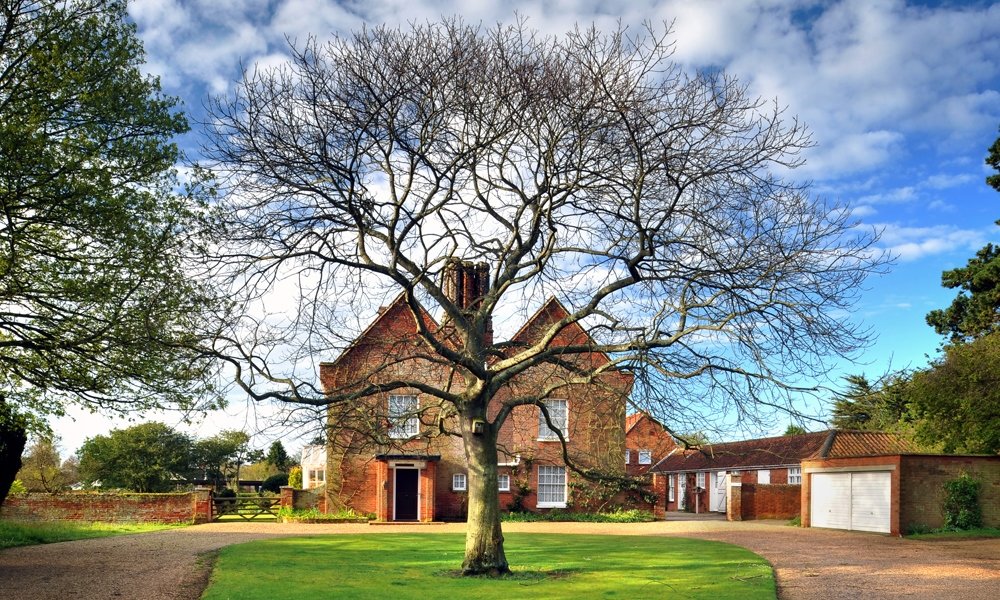 Main Image: The Red House, Suffolk part of the Britten-Pears Foundation is one of 12 small museums to be awarded a Places of Science grant
Share

Twelve small museums across the UK have been granted funding by the Royal Society in its Places of Science scheme worth up to £3,000 that will help them fund projects to engage communities with their local science stories

From the Outer Hebrides to  the hills of Devon, the Places of Science scheme aims to highlight the science embedded in every aspect of culture, encouraging museums to think creatively about the science in their collections and most of all, their locality.

Professor Jonathan Ashmore FMedSci FRS, a neuroscientist at UCL and chair of the Places of Science allocation panel, said the Royal Society Places of Science scheme promotes a nation-wide exploration of the scientific stories embedded in communities right across the UK.

“There is a rich and diverse scientific landscape in the UK which underpins local economies and forms an important source of history, identity and cultural heritage,” he said. “The standard of the applications was very high and, with difficulty, we chose a set of projects around the country which we thought would have a high significance and impact for the communities and their museums.”

The museums and their projects

Strathnaver Museum are launching an art competition in memory of Alan Joyce, who taught locally from 1961-1988, which they hope will inspire young people to appreciate the importance and beauty of nature.

The museum will supply learning packs to local schools and an artist will support children in creating their works. Submissions will be judged by local nature experts, with the finalists being displayed in a special exhibition at the museum.

Britten’s Good Vibrations – The Science of Sound and Music

The Britten-Pears Foundation at The Red House, Aldeburgh will be exploring the science of sound and music, inspired by its former resident, the great twentieth century composer Benjamin Britten.

The Foundation will work with families with young children, as well as primary school and a local childrens’ centre. School sessions are due to start in March 2019 and activity will culminate in a Family Science Day in the summer.

Taigh Chearsabhagh Museum will work with groups of local children to investigate the machair, a Gaelic word that describes the low-lying, grassy plains unique to Western Scotland and north-west Ireland.

The children will make investigations of the diverse plants and animals found in this landscape, as well as conduct interviews with local crofters to find out how the landscape has changed over the years. Results will be shared with the crofters and their families at a Ceilidh in May 2019.

The Andrew Carnegie Birthplace museum are capitalising on the imminent arrival of ‘Dippy’ the Diplodocus, who will go on display at Kelvingrove Museum in Glasgow in January 2019.

Enlightening Science: Engaging with the Heritage of Richard Robinson

Founded by Archbishop Richard Robinson in 1771, the Armagh Robinson Library is the oldest public library in Northern Ireland. The library will run a project to enable local school children, many from areas of multiple deprivation, to explore and learn about the scientific inventions and discoveries in Archbishop Robinson’s impressive collection of over 8,000 books.

The library will work with Sentinus, an education charity operating across Northern Ireland, to develop the hands-on, interactive workshops for schools and will pay for the coach travel for them to attend. The project will culminate in a family workshop, where children who’ve taken part in the workshop can invite family members along for a day of scientific discovery.

From the small town of Totnes great ideas flow!

The story of Eric, Britain’s first robot, will take centre stage at the Totnes Elizabethan House Museum. Eric was built by local journalist and amateur engineer William Henry Richards. Upon discovering that the Duke of York was unable to open an exhibition at London’s Royal Horticultural Halls in 1928, Richards declared ‘very well, I will find a substitute: it is a mechanical show, let us have a mechanical man to open it’.

The museum will work with the Plymouth University robotics department to run workshops for local schools, where children will get the chance to design their robot of the future, as well as host talks and debates for locals about the future of AI and robotics.

On The Right Track (Past to Present Rail Innovation)

Doncaster Museum are working with Doncaster College media students to create a video archive, capturing the stories of those that worked in the plants and the on the railways during the years of British Rail.

The museum will capitalise on a renewed interest in rail engineering by partnering with local companies, who will support the delivery of school science workshops. The museum will also host family activities, as well as talks from retired senior engineers.

Our brain is TREASURE: Uncovering the science in Bristol’s psychiatric innovations.

Glenside Hospital Museum are looking to reach new audiences by developing a brand new handling collection. The collection will explore the science behind Bristol’s historic psychiatric firsts, which includes the first leucotomy and first use of Electroconvulsive Therapy in the UK.

A primary audience for the collection will be those that find it hard to read. By collaborating with artists, scientists, audio specialists and learning disability coordinators, the museum will transform 10 key items into an interactive, multi-sensory experience of science and mental health.

Penmaenmawr Rocked! Why the town became a hub for scientists in the 19th century

Penmaenmawr museum will tell the story of how a flurry of Victorian visitors led to a period of scientific exploration and discovery in this small town on the North Wales coast.

The museum will tell this story through exhibitions, workshops and online resources, working with partners at the Conwy Culture Centre and Snowdonia National Park.

In Littlehampton, the local community will be invited to get involved with the identification and care of a previously undisplayed and unclassified collection of over 1000 insect specimens.

Jonathan Parrett, Collections Documentation Officer, says, “In a wider sense, this project will aim to recapture the story

The museum will work with an entomologist to deliver a series of workshops to train community volunteers and museum staff in the care, identification and display of the entomology collection. Finally, the full documentation and cataloguing of the collection will be carried out in the museum’s new public space, where museum staff and volunteers will involve visitors in the process.

Traills on Rails: Hydroelectricity and the Giant’s Causeway Tramway

Ballymoney museum will be spreading the word of the world’s first hydro-electric tramway, a pioneering scheme led by two local brothers that opened up access to the Northern Irish coast and the Giant’s Causeway.

The museum will work with the W5 centre in Belfast to engage over 300 school children in workshops about the importance of generating renewable energy, as well as tell the story of this amazing local innovation through an exhibition and events.

Whitby and the Cosmos: The Search for Dark Matter

Whitby Museum will be getting to grips with the past present and future of cosmology, using their recent acquisition of the Zeplin III Dark Matter Detector to inspire local people.

The museum plan to complement the cutting-edge nature of the object with a historical perspective of science in the area, including the Royal Society-sponsored voyage of Captain James Cook, who in 1768 sailed to Tahiti to observe the transit of Venus across the Sun. The museum will work with a number of local partners, including a book shop, astronomical society and dark sky festival.

Funding for Places of Science will return in August 2020