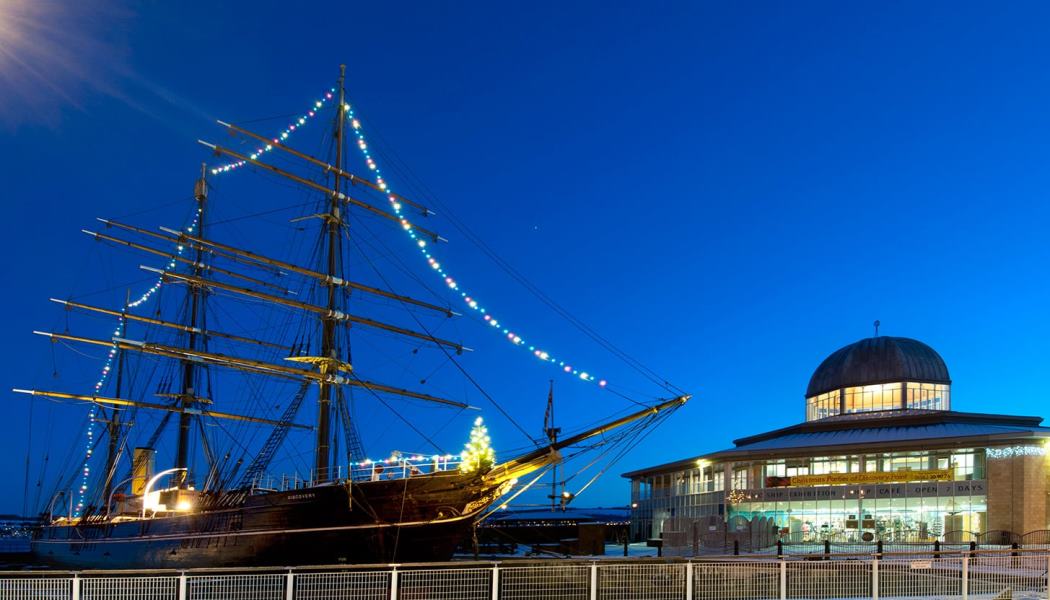 Built by Dundee Shipbuilders Company in 1901, the traditional wooden three-masted ship was designed for Antarctic research and its first mission carried Robert Falcon Scott and Ernest Shackleton on their successful Discovery Expedition

Dundee Heritage Trust (DHT), which owns the RRS Discovery – a major visitor attraction in Dundee – has raised £40,000 towards the total restoration cost of £350,000 in its first Crowdfunder appeal.

DHT is undertaking an essential restoration project focused on Discovery’s masts and rigging with master shipbuilder and repairer Tommi Neilson appointed as the main contractor for the work which began earlier this month. The masts and rigging have been taken to Gloucester, where the company’s specialist knowledge in historic ships will see them repaired, restored and then returned in approximately nine months.

As an integral function of this project the Trust has commissioned a new augmented reality app and exhibit to explain the work to be carried out and its importance in the Trust’s ongoing efforts to preserve and protect one of the most important historic ships in the World.

DHT was formed in 1985 to preserve and interpret Dundee’s industrial past and operates RRS Discovery and its Discovery Point Museum and Jute Museum at Verdant Works.

Paul Jennings, executive director for Dundee Heritage Trust, said: “We’re proud of the fact that RRS Discovery and Discovery Point are one of Dundee’s most popular visitor attractions. Regular and detailed upkeep of this historic vessel is vital and as a charitable trust we rely on the generosity of the public.”

The Heritage Lottery Fund was the first group to donate to the campaign, pledging £10,000 at the beginning of October and on Monday, representatives of the Nine Incorporated Trades handed over a cheque for £5,000 toward the upkeep of the ship.

There were also dozens of individual donations as well as support from TV presenter Lorraine Kelly and Rosebank Primary School whose pupils and staff held two bake sales in support of the campaign.

RRS Discovery in Dundee – the ship carried Robert Falcon Scott and Ernest Shackleton on their successful Discovery Expedition in 1901 and is undergoing a £350,000 restoration project. Photograph courtesy of the Art Fund