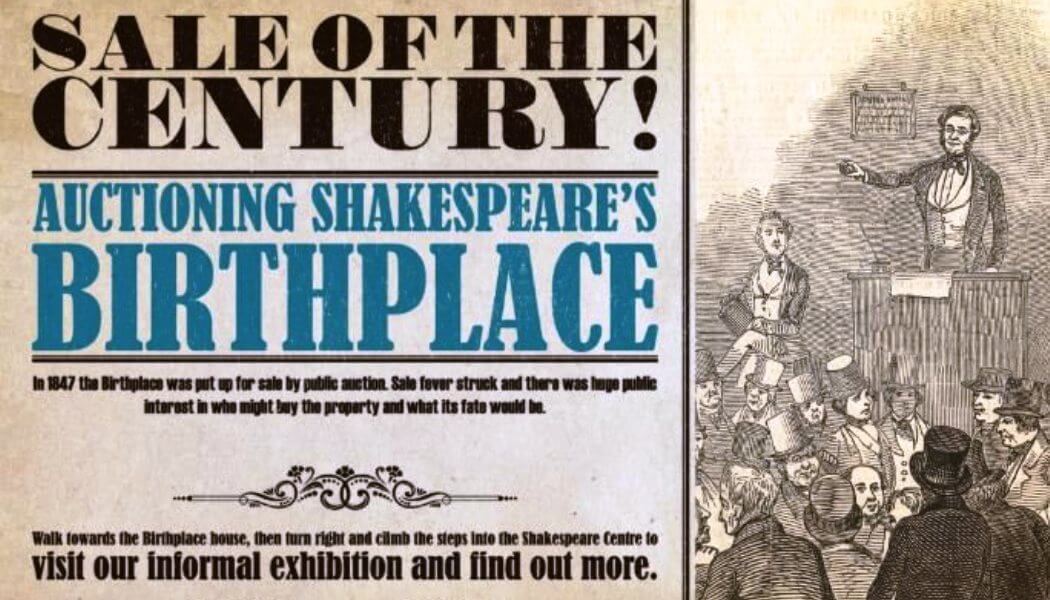 Shakespeare Birthplace Trust is launching a new exhibition: Saving Shakespeare’s Birthplace, which will include a theatrical re-enactment of the public auction that saved the childhood home of William Shakespeare on September 16, 1847

The Saving Shakespeare’s Birthplace exhibition is an entertaining way of the Shakespeare Birthplace Trust explaining to visitors how it became the world’s first conservation charity when it saved the bard’s family home in Stratford-upon-Avon.

Saving Shakespeare’s Birthplace will show evidence about how the Government refused to purchase the house and how a committee was formed to save the birthplace for the nation. 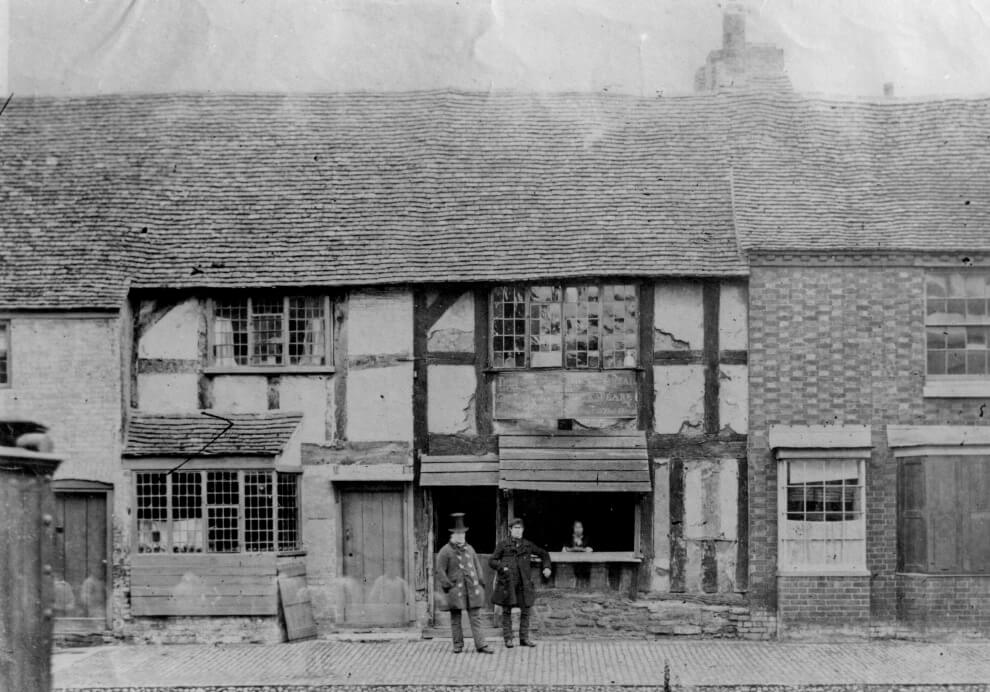 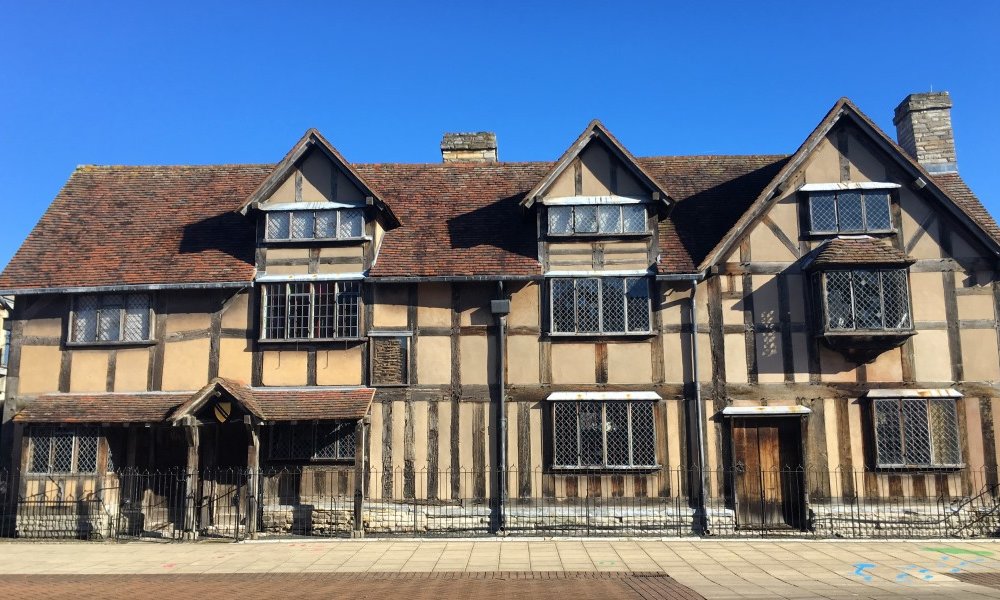 Visitors to the exhibition can learn how the committee found it hard to obtain subscriptions to raise money for their campaign and how people jumped on the band wagon putting on shows and creating merchandise around the time of the auction including Charles Dickens. The house was eventually rescued in 1847 for a princely sum of £3,000. 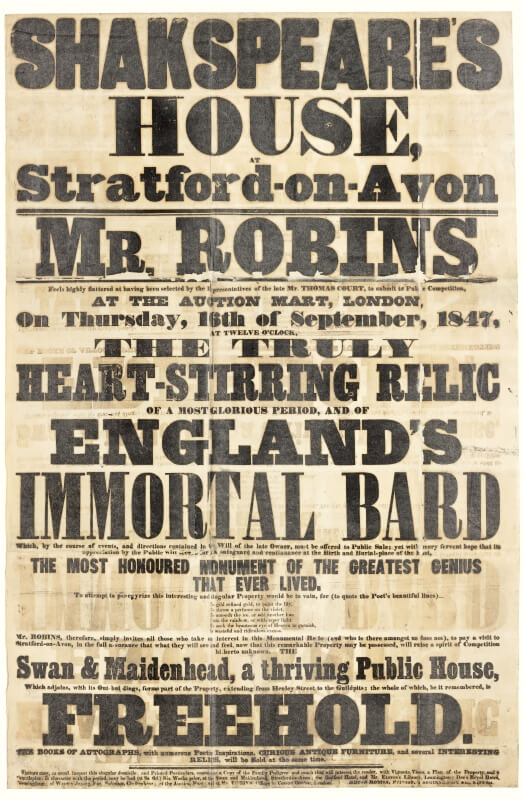 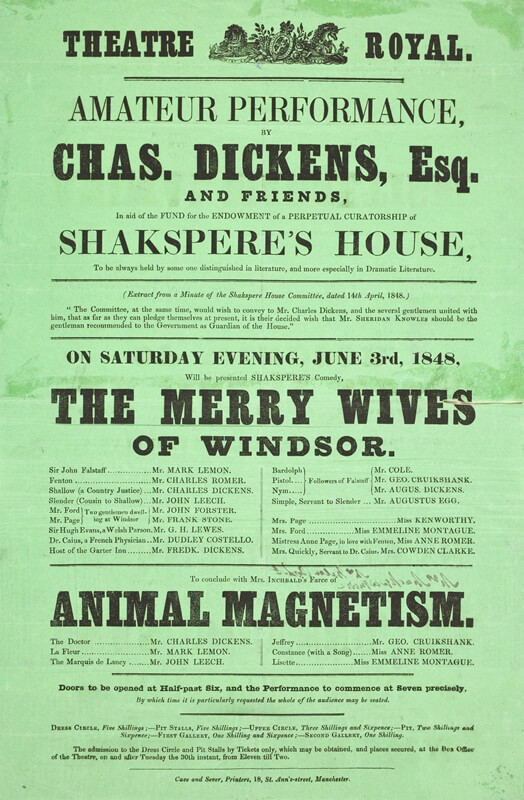 The Shakespeare Birthplace Trust was established by an Act of Parliament in 1891 with an obligation to care for Shakespeare’s Birthplace as a “permanent and national memorial of William Shakespeare” and later also for Anne Hathaway’s Cottage, New Place, Mary Arden’s Farm and Hall’s Croft. Today the charity runs formal and informal educational programmes for people of all ages. It holds the world’s largest Shakespeare-related museum and archives open free to the public, a collection which is designated as being of international importance.

More than 31 million people have visited Shakespeare’s Birthplace since records began in 1852, with millions more participating in and benefitting from the Trust’s formal and informal learning and digital programmes in Stratford-upon-Avon and around the world.

A free re-enactment of the auction will take place at Shakespeare’s Birthplace on September 16 at 12pm and 2pm.  No booking required.