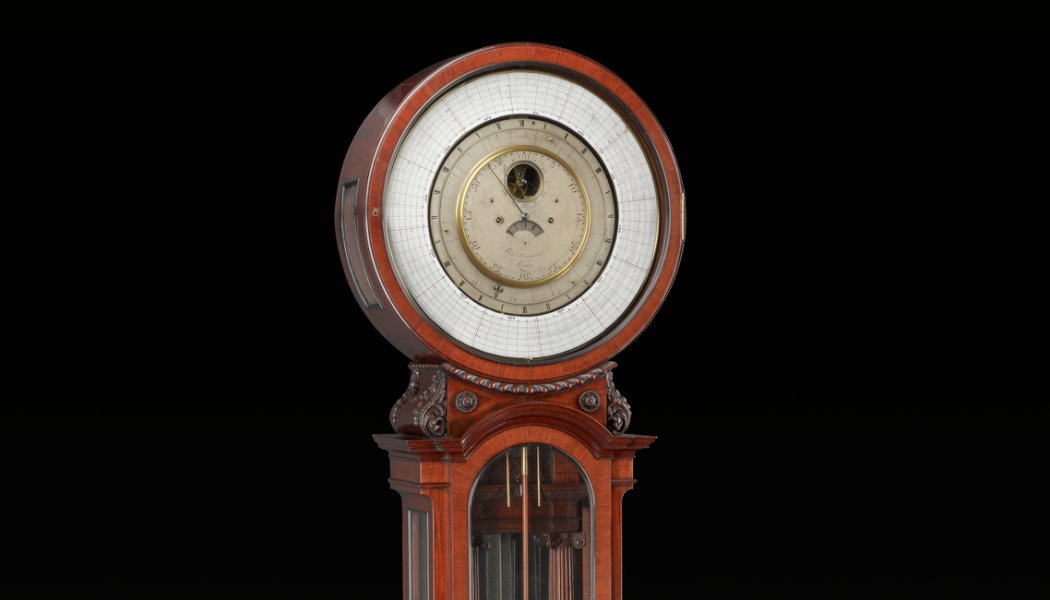 The acquisition of the barograph clock, dated 1766, was made possible by a grant from Art Fund and was purchased through Sotheby’s

Following Cumming’s death in 1814, Howard purchased the clock and used it for observations of atmospheric pressure at his homes in London and Ackworth, a crucial project in the emergence of climate science. The data from the barograph traces, accompanied by notes on global weather events and descriptions of the clock, were published in the book Barometrographia in 1847. Howard’s life’s work has earned him the nickname ‘the father of scientific meteorology’ and he was also known as the ‘namer of clouds’ for naming the three principal categories of clouds – cumulus, stratus, and cirrus.

Nothing beats the marriage of an exquisite object and an enquiring mind. We are delighted to have been able to save the barograph clock so that we can share the story of Luke Howard’s contribution to climate science with future generations 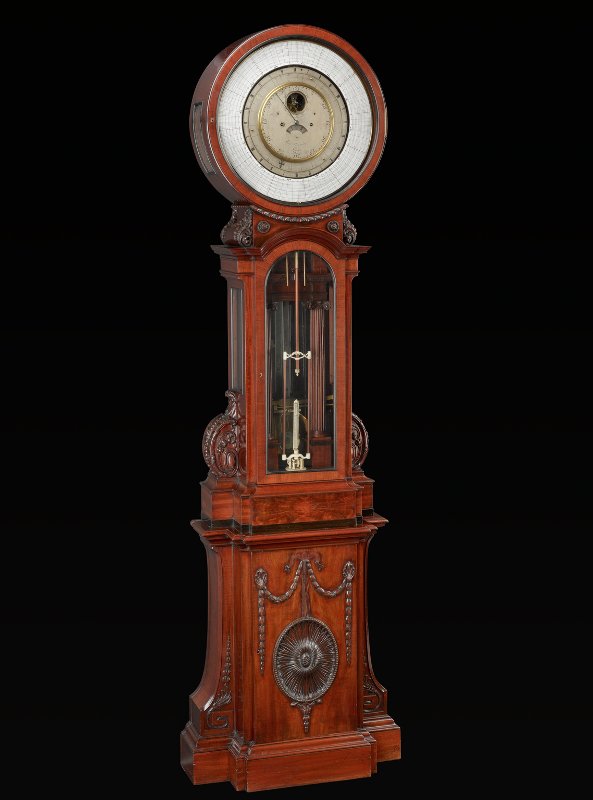 Inside the 7ft 2in-high decorated case, thought to be made by famed London cabinet maker Thomas Chippendale, is a barograph mechanism used for measuring air pressure. The barograph comprises two tubes of mercury in which a float rises and falls as atmospheric pressure changes. This data is recorded on the clock dial, which rotates once a year. 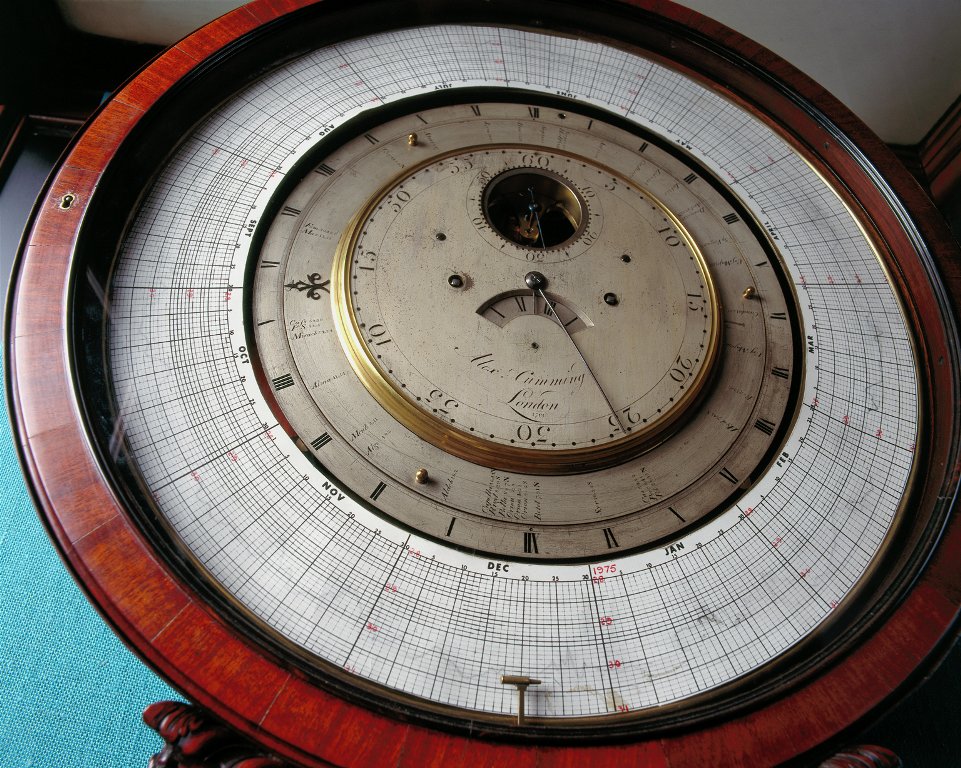 The barograph clock, dated 1766, is capable of recording changes in air pressure and was used in the first studies of climate change. © The Board of Trustees of the Science Museum, London