Dame Mary Archer DBE, wife of former cabinet minister Lord Archer, has been named as the new chairman of the Science Museum Group, which last week paid host to the Queen in the Royal opening of its new Information Age gallery where Her Majesty The Queen sent her first tweet.

“The Science Museum in South Kensington has a special place in my heart, as somewhere I visited when I was growing up and a source of inspiration as my scientific career developed,” she said. 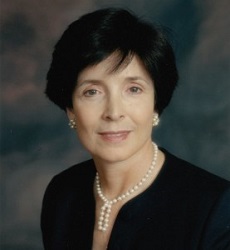 “I much enjoyed serving as a trustee in the 1990s, and it is a privilege and an honour to return to this unmatched group of science museums as chairman. I look forward to supporting the Group in its task of inspiring and delighting new generations of visitors.”

The appointment was made by prime minister David Cameron and announced by culture cecretary, Sajid Javid, who said that Dame Mary would bring to the museum a combination of proven scientific experience and expertise and a fine track record of chairing high profile institutions, along with a sense of what the visiting public want and expect from museums today.

“The Science Museum Group has a long and very distinguished history of helping to make science, engineering and technology accessible and understandable for all. And visitor numbers of more than five million a year across the Group show how successful they have been,” he said.

In the past year a record breaking 450,000 young people visited the Science Museum on educational trips, or benefitted from its outreach programme, more than any other UK museum.

“Dame Mary Archer will be a first-rate chairman. She has such passion for the museum group, with which she has a long association, and will approach the role with focus and entrepreneurial flair,” said Science Museum Group Director, Ian Blatchford.