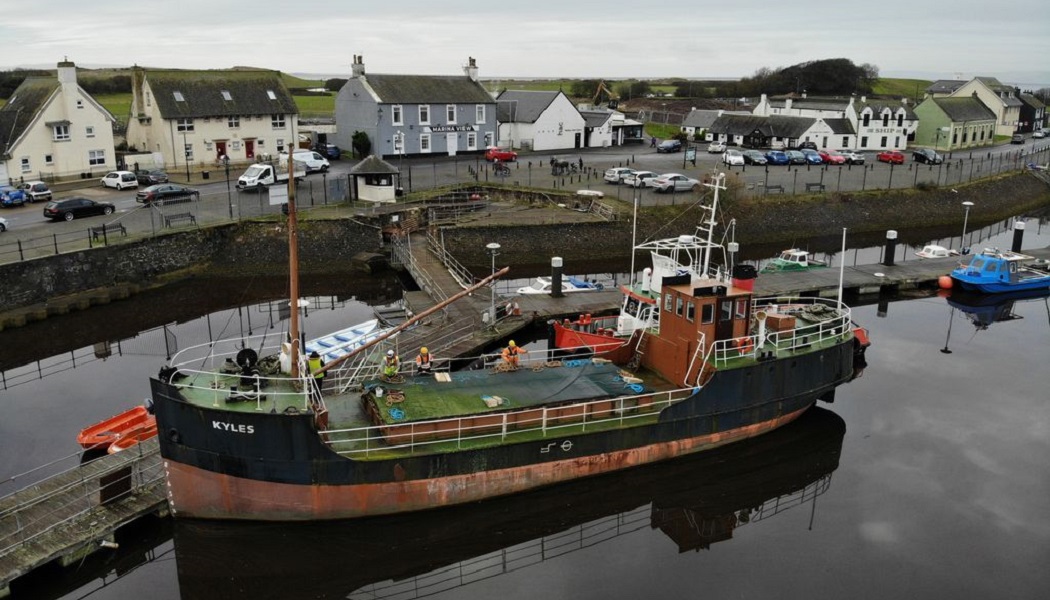 A crowdfunding campaign launched by the Scottish Maritime Museum has raised more than double its target, meaning repairs to the world’s oldest floating Clyde-built vessel can take place before its 150th anniversary.

The institution’s initial £15,000 goal was far eclipsed as members of the public eager to see the 148-year old MV Kyles restored to past glories pledged £39,835.

The Museum is keen to stress that the Keep the Kyles Afloat campaign’s success was only possible courtesy of the #SupportOurMuseums initiative, which sees Crowdfunder UK and the Museums Association provide a free fundraising platform to support museums facing huge financial challenges at present.

“We are blown away by the support for our campaign to get MV Kyles shipshape for its 150th anniversary in 2022,” says David Mann, director of the Scottish Maritime Museum.

“Thanks to everyone who has donated, and the help of the #SupportOurMuseums initiative which made the campaign possible, we can ensure that this historic vessel remains part of Scotland’s living maritime heritage for decades to come. We can make essential repairs, create new interpretation and now we can be even more ambitious, working on the engine so Kyles can sail under its own power for first time in over a decade.” 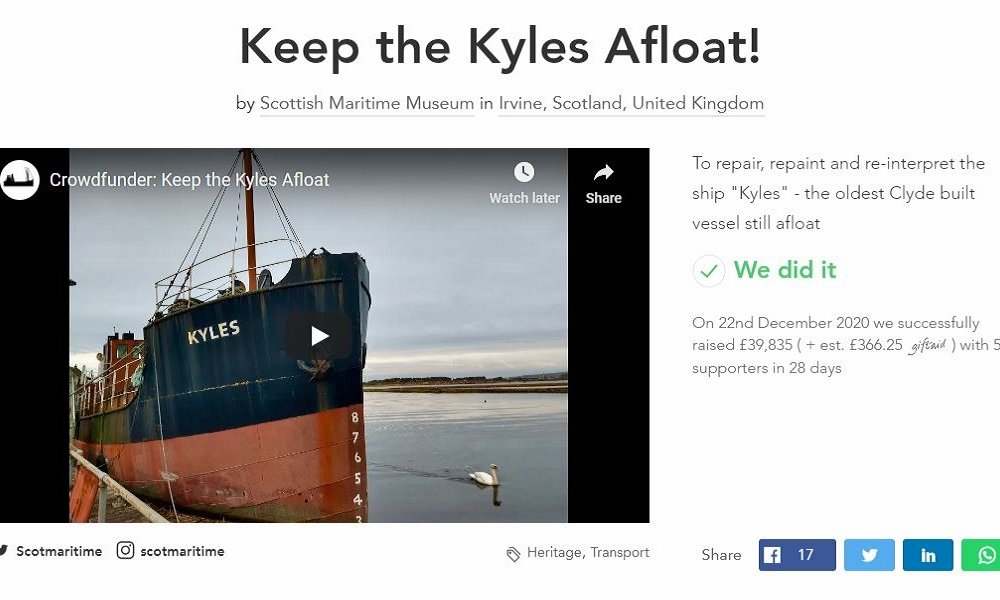 Around half way through the fundraising campaign, the Museum received a £15,000 donation from John Paul DeJoria of Texas, who is not only the owner of Taymouth Castle in Kenmore, Perthshire but also a signatory of the Giving Pledge. This was established by Bill and Melinda Gates along with Warren Buffet, and commits billionaires to channelling the majority of their wealth into philanthropy.

Plans are now afoot to sail the Kyles – part way through its restoration – up the Firth of Clyde and into Glasgow for the UN’s Climate Change Conference in November.