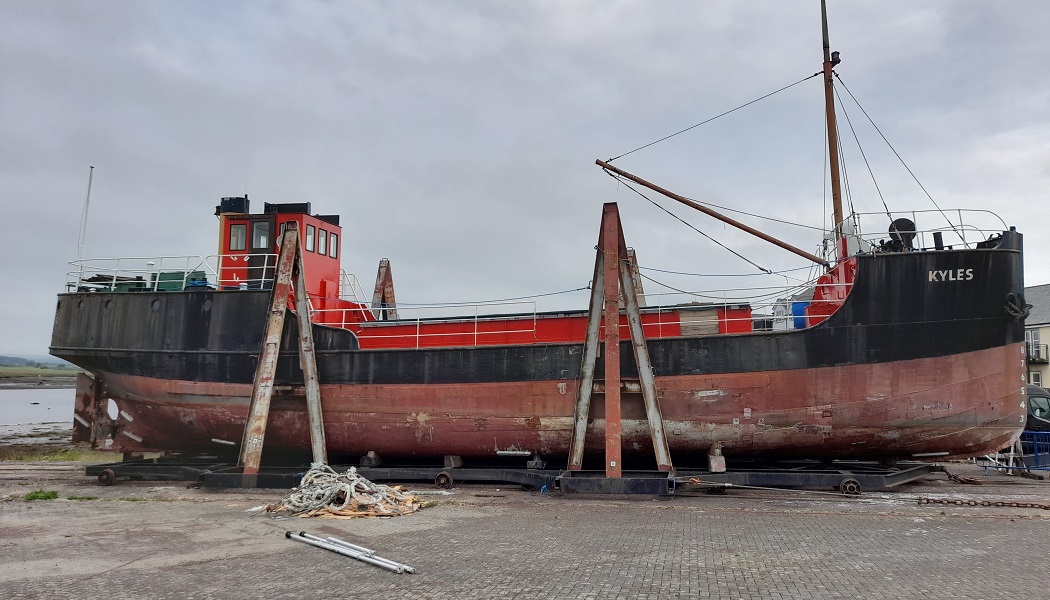 Following the success of a recent crowdfunding campaign, the Scottish Maritime Museum has employed an innovative conservation technique on the oldest Clyde-built vessel still afloat.

With the 149-year-old MV Kyles in dire need of conservation at a time of financial strife, the museum raised more than double its initial £15,000 fundraising target at the beginning of the year.

This triumph, which saw the Keep the Kyles Afloat Crowdfunder page attract donations totalling £39,835, has enabled the organisation to trial a technique for paint and debris removal known as cryogenic blasting.

The process is “both kinder to the ship’s historic hull and the environment”, according to David Mann, director of the Scottish Maritime Museum, and can “ensure that this nationally important historic vessel remains part of Scotland’s living maritime heritage for decades to come”.

As part of technique’s trial, conducted by Dumfries and Galloway-based Eco Dry Ice, the MV Kyles’ exterior was bombarded with dry ice pellets during of a week-long process. 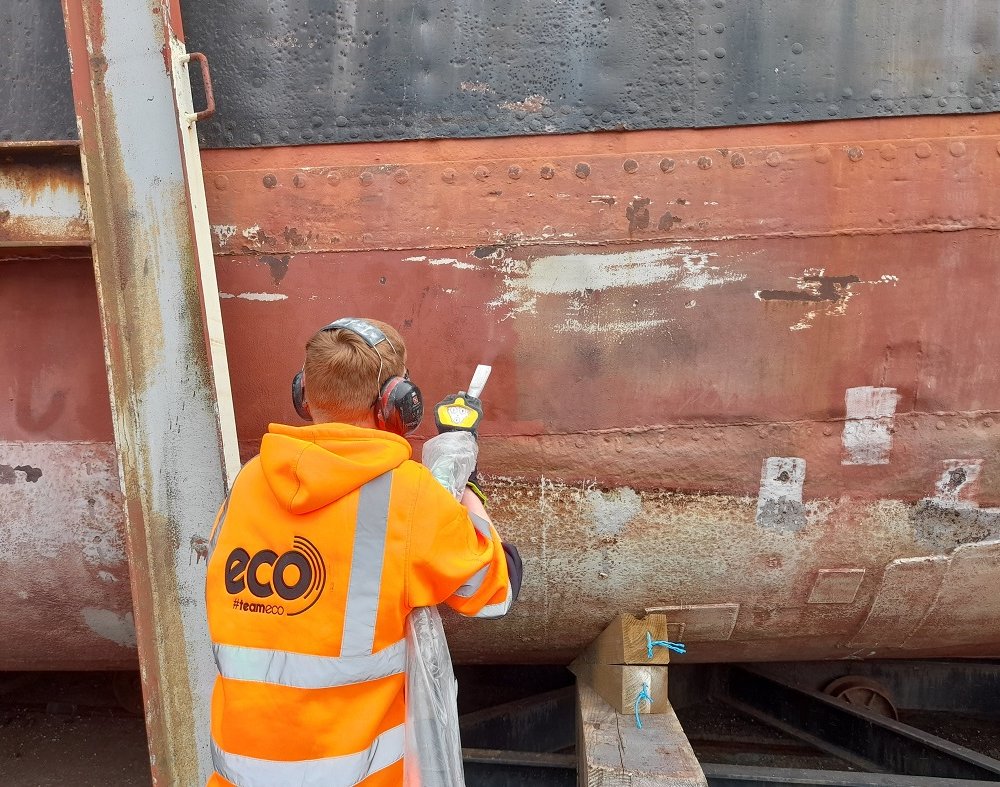 “By using dry ice blasting, we were able to remove the rust and old paint from the vessel without causing any damage to its surface or making an impact on the surrounding environment because the process does not create any residue,” explains Stuart Dalgliesh, process director at Eco Dry Ice.

“As part of the work, we focused on the welding panels so the client could inspect the vessel for signs of damage, which could then be fixed. The cleaning process had an immediate impact on the vessel, which is now ready to be repainted and back to looking its best.”

Following the treatment, and with volunteers already having repainted much of the vessel’s deck, wheelhouse and funnel, the stripped back hull structure will be inspected to assess the need for any final repairs prior to repainting.

The Scottish Maritime Museum now hopes to carry out conservation work to the engine, which could enable the MV Kyles to sail under its own power for first time in over a decade. This, in addition to restoring the cabins to their original appearance, will be entirely dependent on funding.