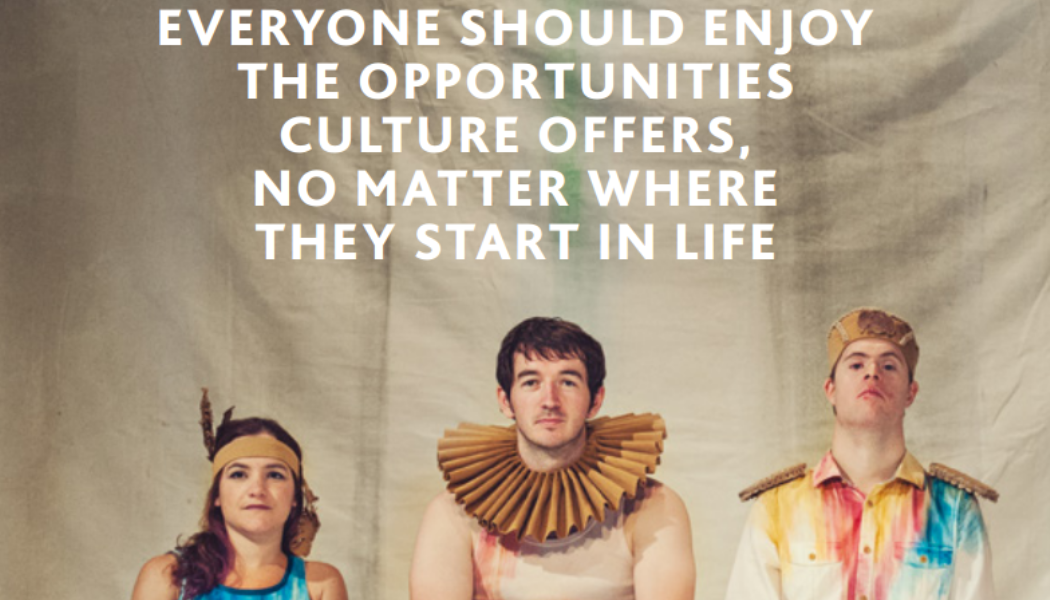 In his introduction to the white paper, culture minister Ed Vaizey said that the document builds on what has gone before and was not a revolution but an evolution. He said the paper recognised the importance of political leadership at national, regional and local levels, as well as leadership within and across the cultural sectors and beyond. “It is a vision of culture in action – of culture that is rejuvenating our society and our national and local economies,” he said.

An important announcement was that there would be a review of museums, which is expected to be completed during the financial year 2016-17 and that the DCMS would also conduct separate reviews into ACE and the HLF.

The paper acknowledged that in 2014, the economic contribution of museums, galleries, libraries and the arts was £5.4 billion. However, it did not mention the cuts to local authorities, which is affecting the funding of 40 per cent of museums. And, while there were no new funds announced in the white paper, Vaizey used the launch to announce a £4m boost to the DCMS Wolfson Museums and Galleries Improvement Fund, which will be open for bids from April 2016.

The white paper talked about increasing opportunities for children and young people and launched a new four-year Cultural Citizens Programme led by ACE and HLF that would reach 70 areas where cultural participation is lowest. It also stated that the government expected “all publicly-funded arts organisations must increase access for young people from disadvantaged backgrounds”.

The paper said the government would work with ACE, HLF and Public Health England and other partners to develop and promote the contribution of the cultural sectors to improving health and wellbeing. And the new Great Place Scheme aimed to bring arts and heritage lottery funders together to make culture a core part of local authority plans and policies, supported by ACE, the HLF, and Historic England.

Here is what some of the sector’s leaders had to say about the white paper:

“NMDC welcomes the white paper’s recognition of the essential role culture plays in our society and economy.  We fully support the focus on ensuring culture is accessible to all and the importance of culture in place-making.  We look forward to hearing more about plans for the Cultural Citizens programme and the Great Place scheme to address these agendas, to which museums already make a vital contribution.

As the white paper notes, museums are ‘jewels in our national crown’ and NMDC also welcomes the announcement of a review of museums.  We are particularly encouraged to hear that the review will cover the whole museum sector, with a specific strand focussing on local and regional museums.  Despite positive outcomes for national museum and Arts Council England funding in last year’s Comprehensive Spending Review, NMDC remains deeply concerned for the sustainability of the UK’s civic museums as local authority funding continues to rapidly decline.

NMDC looks forward to working closely with DCMS to ensure museums continue to play their crucial role in delivering the ambitions of the white paper.”

“We are delighted that this White Paper fully embraces heritage as an essential part of the Government’s vision for culture, recognising the role it plays supporting jobs, skills and tourism and making our towns, cities and communities better places to live. We know from experience that culture can make a positive and lasting difference to people’s lives whatever their background and in many cases this is only possible thanks to the money raised by National Lottery players.”

The Arts Council welcomes this review and will play an active role in delivering it. We think it’s well timed and has the potential to help all of us work more effectively to support and develop the sector. It will sit alongside tailored reviews of the Arts Council and Heritage Lottery fund, and that’s a good thing too; it’s vital for the sector that our approach to museums is co-ordinated and strategic.”

“The ambitions to place participation and social mobility at the heart of arts policy deserves support and I hope that this frames the planned review of Museums in the UK. The paper deftly alludes to, but refuses to draw a correlation to the swingeing cuts to local government, the grave financial threats which beset many museums in our great cities – the civic museums. These are not challenges, but an existential threat. The civic museums are a herd of elephants in the room.

Exploring issues such as digitisation and storage show a rare interest in the detailed workings of a museum but deflect from the financial crisis. I hope the review is prepared to delve beyond the existing governance models for civic museums, exploring issues such as asset transfer from Local Authorities, supporting the establishment of social enterprise model and the development of large scale endowments. If it does this, the review could be a genuine game-changer.  The desire to explore the ecology of museums across the country seems positive but the White Paper takes an all too familiar London centric perspective. It speaks of making it easier for collections in store in National Museums to tour to the regions. This ignores the vast holdings of quality in our regional museums which should be the envy of Europe. Regional museum collections must be viewed as impressive in their own right, not miscellanies to be enriched by the largesse of London nationals.

Civic museums help people find their place in the world. They support community cohesion, toleration of difference and celebration of commonality. Many are free and often the first experience of art, science and the humanities for young people or families on low incomes. As a cultural gateway, they even encourage us provincials to visit museums in London. Access to the treasures on their doorstep have raised the spirits and aspirations of generations of Britons and I hope the review will help that great tradition continue.”

“I welcome the focus on young people and particularly teenagers who are the most difficult to attract into museums and looked forward to leaning more about the Cultural Citizen’s programme. This White Paper recognises that still, despite a large amount of fantastic work in the cultural sector and museums, a significant per cent of young people do not access culture in the depth and with the long-term engagement that they have every right to do so and it commits itself to addressing that,” she said. “It is encouraging that it is not a quick fix but a steady, long-term work to encourage children to engage in culture through to adulthood.”

“While talk of community engagement, diversity, arts truly for all (ideally by and with all as well), and cultural engagement in all communities is always welcome, the main problem with the Our Culture White Paper is not only that none of the proposals are new, as might be hoped from a White Paper, but the lack of acknowledgement for how much of the proposed work is already happening.

Of course I know best about Fun Palaces, as that is my work and my passion, but through Fun Palaces I have met with amazing companies and individuals across the UK – all ALREADY engaged in local placemaking, all ALREADY reaching out to disadvantaged and disaffected areas, all ALREADY doing much of the work the White Paper suggests is yet to start. The real disconnect then, is clearly between the major institutions (government, funding bodies) and the far smaller networks of groups and individuals working at grassroots level and fully engaged in the process of creating, sharing and developing ‘our culture’. We’re already doing it. It’s a shame Ed Vaizey didn’t talk to us. We might have saved them some of the cost of the White Paper itself, better surely, saved for the people who are actually doing the work now?”

Helen Chatterjee, Chair of the National Alliance for Museums, Health and Wellbeing

In a recent survey conducted by the Alliance we have identified over 600 different wellbeing programmes and projects being run in UK museums; by far the largest area of activity is working with older adults, in particular people with dementia, and museums are also supporting mental health service users and carers of people with serious and chronic conditions, working in hospitals with for example stroke survivors and delivering public health education.

We also recognise however that health and wellbeing is a new area of activity for many museums and this therefore brings lots of challenges, as well as opportunities, which need to be addressed in relation to providing suitable training and support for organisations working in this area. This is something we are keen to support through the Alliance and we welcome opportunities to work with organisations like ACE and DCMS on thinking creatively about how museums can best meet the needs of communities and what implications this might have for supporting and resourcing such activity.”