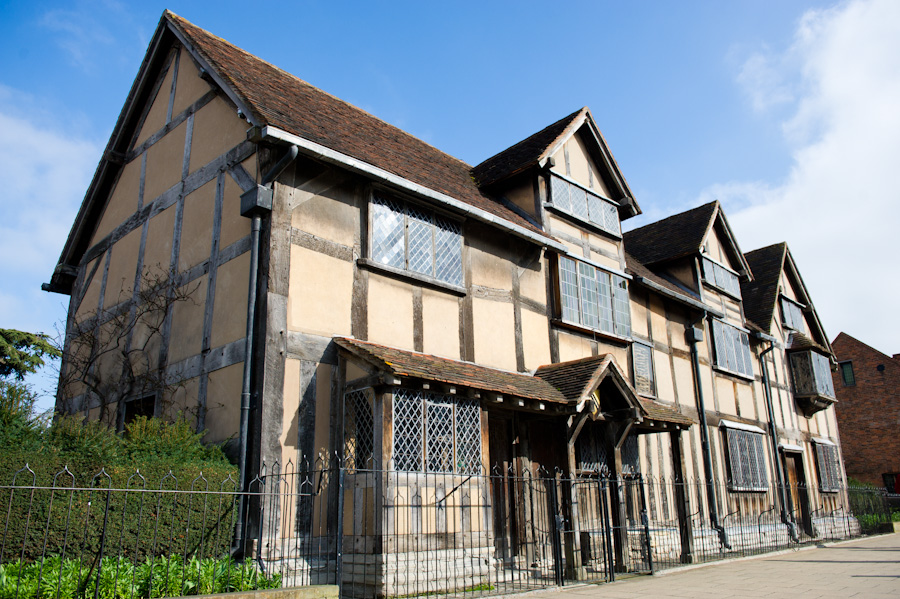 Applications are invited from volunteers to join a new board of trustees which will be appointed later this year ahead of the formal change to governance arrangements, which is expected to be completed in summer 2016.

Governed by Act of Parliament, the Shakespeare Birthplace Trust is a registered charity which came into existence as a result of the purchase for preservation as a national memorial of Shakespeare’s Birthplace in 1847 and of Shakespeare’s New Place estate in 1862. Today it cares for the world’s greatest Shakespeare heritage sites and world-class collections in Stratford-upon-Avon, for the benefit of all and welcomes almost a million visitors a year to the five Shakespeare family homes and educational programmes.  Rooted in his home town of Stratford-upon-Avon, at the heart of the world of Shakespeare, it connects people of all ages and backgrounds with the world’s best known playwright.

It is the first time the Trust has reviewed its governance for more than 50 years.  With the 400th  anniversary of Shakespeare’s death in 2016, this is an exciting time to join this historic charity and lead the strategic development of its work for the benefit of future generations.

Peter Kyle OBE, CCMI, Chairman of the Shakespeare Birthplace Trust said, “The environment in which we operate, the scope of the Trust’s activities, and charity governance practices have all changed significantly since our terms of governance were set down in 1961.  Following a thorough review and consultation with our Trustee body, we are now planning to move to a governance model appropriate to our needs as a charity having a national and international remit in the 21st century.    We are forming a new trustee body with a balanced mix of Trustees who are equal, appointed in their own right – rather than as representatives of other organisations – and for the skills and experience they can bring to our diverse activities.”

In pursuance of this the Shakespeare Birthplace Trust has developed a Scheme to amend its Act of Parliament in 2016, which was approved by the Board of Trustees at their annual meeting on 19th June 2015. It will now be presented to the Charity Commission and then to Parliament for approval.

It is actively recruiting new trustees now, who will work as a ‘shadow board’ alongside the existing Executive Committee of the Board of Trustees, providing continuity during the transition to the new governance arrangements which are likely to be confirmed in mid-2016. The Trust is seeking candidates with knowledge and experience in Shakespeare scholarship, collections conservation and museums, learning, fundraising, volunteering and HR, digital media and IT, property asset management and management of visitor attractions. These are voluntary roles.

Peter Kyle said, “It is important that our Board of Trustees represents the very diverse communities we serve.  We should like to hear from people who can offer experience in board-level decision making and leadership, coupled with an understanding of the issues facing the Trust now and in the future as well as specific skills in one of the areas we have identified.”

He added, “The skills, experience and guidance of our Trustee body have enabled the Shakespeare Birthplace Trust to develop and reach out to more people than ever before over recent years.  I’m delighted than many of our current Trustees have indicated either that they will be standing for selection as trustees again or that they will continue to support our charity as members of our new Council.  Their knowledge and commitment to our work will continue to play a vital part in sustaining the Shakespeare Birthplace Trust as we develop our plans to create a new international Shakespeare Centre and an improved setting for Shakespeare’s Birthplace in Henley Street, to conserve and repair our historic properties and to make our collections even more widely relevant and accessible to today’s connected audiences.”

For more information about the Shakespeare Birthplace Trust, visit www.shakespeare.org.uk.  To find out more about the role and to apply, see www.hays.co.uk/jobs/sbt.