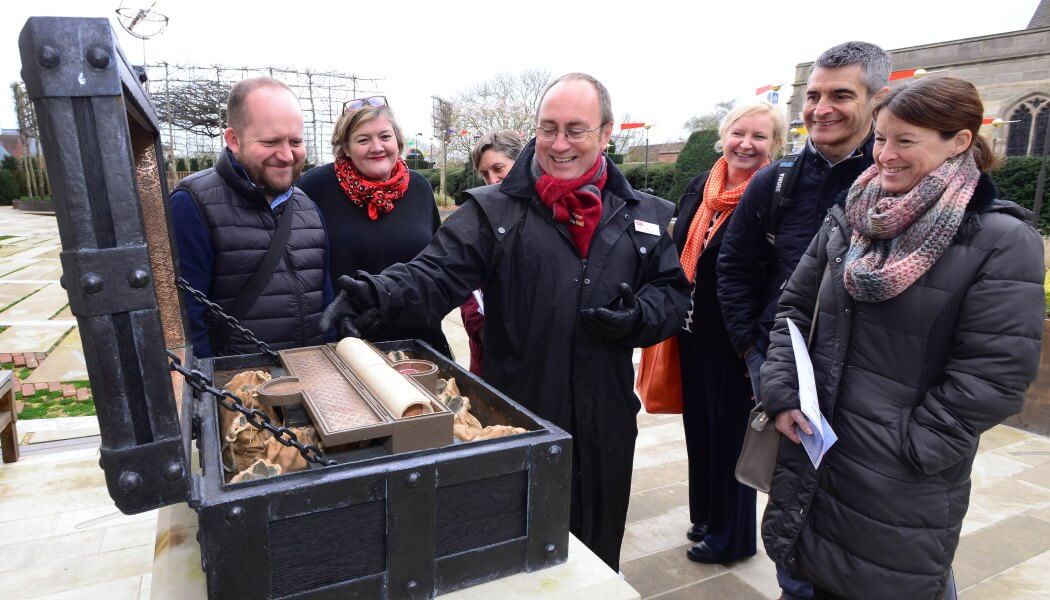 Main Image: A bronze sculpture of an Armada chest, brings to life the story of Shakespeare's purchase of New Place, of which Shakespeare Birthplace Trust has the origional deeds, at an exhibition at New Place. Photograph by Stewart Writtle
Share

The successful nomination of the Shakespeare Documents was led by the Shakespeare Birthplace Trust in partnership with The National Archives, Worcestershire Archives and Archaeology Service, the College of Arms, the British Library and London Metropolitan Archives in the UK, and the Folger Shakespeare Library in Washington, D.C, USA. Together these specialist archive and library repositories care for the Shakespeare Documents. This material now has equivalent status in the documentary sphere as the pyramids have for the world’s built heritage.

Their inclusion on the International Memory of the World register recognises the universal cultural and historical value of 90 documents relating to Shakespeare’s baptism, burial, family matters, property records, legal actions and business dealings.

Memory of the World Programme

UNESCO established the Memory of the World Programme in 1992. Impetus came originally from a growing awareness of the parlous state of preservation of, and access to, documentary heritage in various parts of the world.

The vision of the Memory of the World Programme is that the world’s documentary heritage belongs to all, should be fully preserved and protected for all and, with due recognition of cultural mores and practicalities, should be permanently accessible to all without hindrance.

While the first principal of the programme is to safeguard material, from neglect, disaster or deliberate destruction, the internationally recognised status also opens up funding opportunities for conservation, digitisation, and use of innovative technologies to widen access.

“The documentary trail left by Shakespeare during his life time provides a rich narrative of his life, giving unique insights into his personal circumstances and how these may have influenced his creative work,” said Amy Hurst, Collections Archivist at the Shakespeare Birthplace Trust said. “We hold 31 of the hand-written documents from Shakespeare’s lifetime that mention him by name and provide a vivid insight into his life as an Elizabethan gentleman and businessman. This material allows audiences to connect with Shakespeare, getting closer to the world’s most celebrated poet and playwright.” 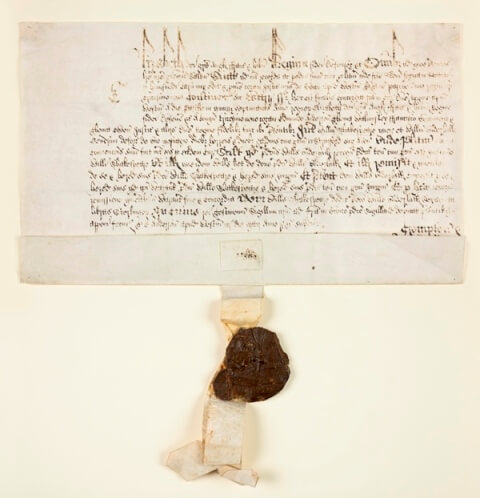 Michael Witmore, director of the Folger Shakespeare Library, said, “We are delighted that UNESCO has recognized the importance of these documents, which represent a cultural treasure but also a vital resource for ongoing scholarly work. The fact that these resources – supplied by a number of institutions – have been digitized and are widely available means that a vital part of the documentary record is able to speak to us from centuries past. If libraries are diary of humankind, this group of documents represents one of that story’s most exciting chapters.”

The documents, held at seven different repositories in the UK and US, can be viewed online at Shakespeare Documented.