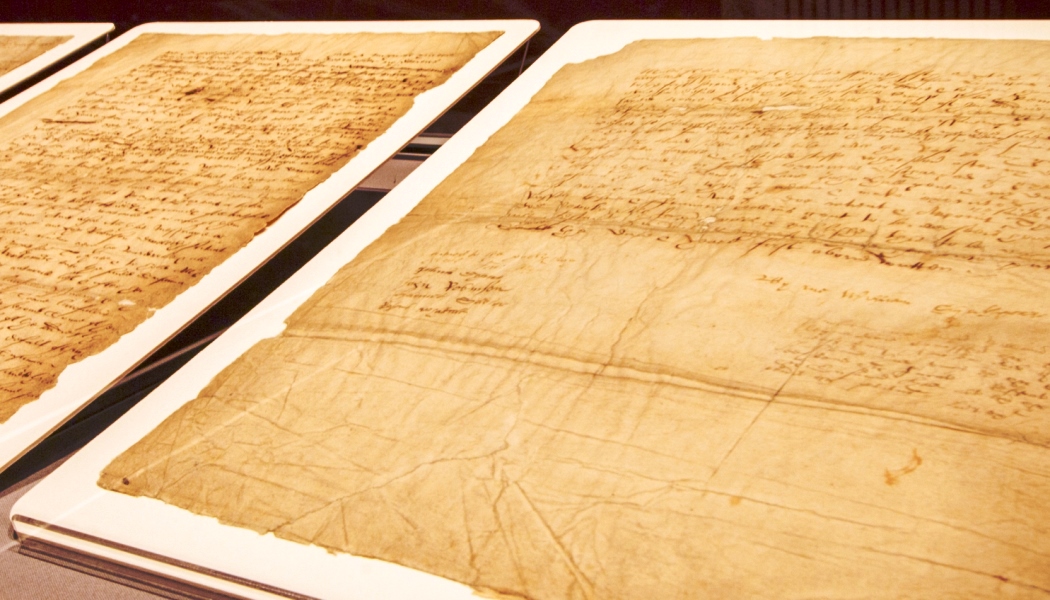 William Shakespeare’s last will and testament written in March 1616 is cared for by The National Archives and is being loaned to The Shakespeare Birthplace Trust as part of a major exhibition, Treasures celebrating 400 years of Shakespeare’s legacy.

This is the first time Shakespeare’s will is returning to Stratford-upon-Avon since Dr John Hall, Shakespeare’s son-in-law took the will to London in June 1616 to get a grant of probate.

The Shakespeare Birthplace Trust, the charity which promotes Shakespeare’s work, life and times and cares for the world’s largest Shakespeare-related museum and archives, will temporarily display Shakespeare’s last will and testament in its Treasures exhibition, which gives a fascinating insight into Shakespeare’s social circle.

“We’re incredibly excited to be able to present this once in a lifetime opportunity for people to see Shakespeare’s original will back in his hometown where it was drafted by local solicitor Francis Collins 400 years ago,” said Dr Delia Garratt, Director of Cultural Engagement at The Shakespeare Birthplace Trust. “Displaying this historic document alongside other treasures from our collections will complete the story of Shakespeare’s social circle and his relationships with family, friends and business associates.”

Shakespeare died on 23 April 1616 and his will, signed by him in three places, is indicative of his familial and social relations. Shakespeare died a wealthy man and left the bulk of his estate to his elder daughter, Susannah Hall. He left £300 to his younger daughter, Judith and gave his wife, Anne Hathaway, his second-best bed. Beds and other pieces of household furniture were often the sole bequest to a wife.

Dr Katy Mair, Early Modern Records Specialist at The National Archives, said: “We are delighted to be working with The Shakespeare Birthplace Trust to bring Shakespeare’s will back to his hometown. Thanks to work carried out by The National Archives’ conservation team, the will’s appearance is now closer to its original state allowing us to carry out new scientific and archival research into this iconic document. This summer offers a great opportunity to see the will, which includes three of Shakespeare’s six known signatures, before it has to rest for a recommended 20 years.”

The Shakespeare Birthplace Trust will also be opening a new visitor attraction later this summer called New Place, which will include a new exhibition centre on the land once occupied by Shakespeare’s family home. As part of the exhibition will be contemporary examples of some of the bequests from the will, which will better tell the bard’s life and the strong connections he had with Stratford throughout.

William Shakespeare’s Will and Testament will be on display in the Treasures exhibition at Shakespeare’s Birthplace, Stratford-upon-Avon from 16 July – 4 August.