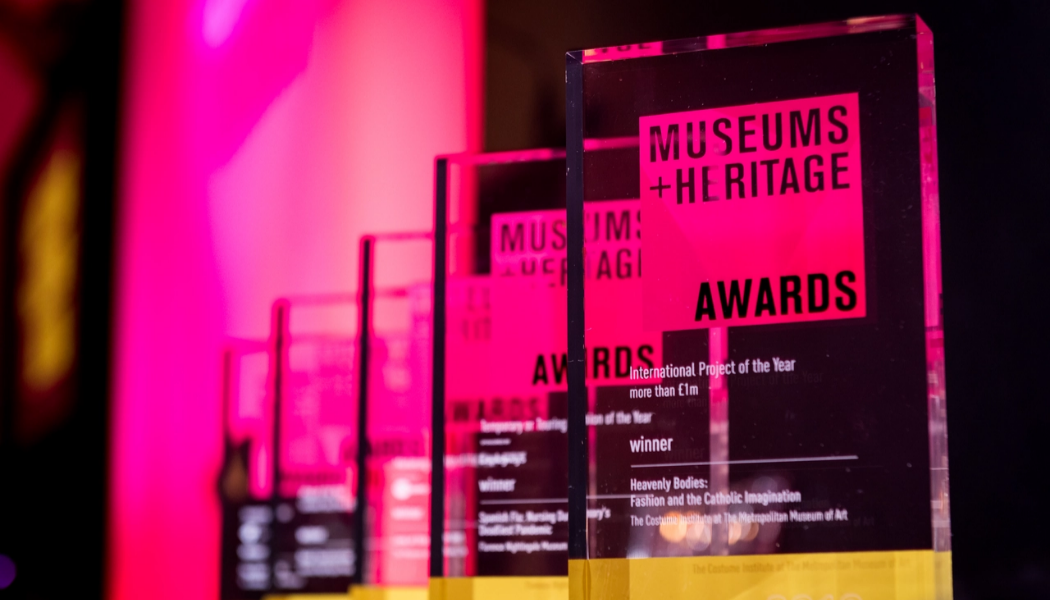 Sixteen winners will now be selected from the shortlist ahead of the London ceremony on 11th May 2022.

The shortlist for this year’s Museums + Heritage Awards are today revealed, marking a step closer to the London ceremony on 11th May 2022.

The awards will crown 16 winners from the shortlist, and for the first time this year ‘Café or Restaurant of the Year’ and ‘Visitor Welcome Award’ winners will be announced.

Full details of the nominees can be found here.

The ceremony will be hosted by the multi-talented Iszi Lawrence. The writer, comedian and history presenter – who has worked with Netflix, BBC Radio 4, Yesterday, and The British Museum, will lead the evening’s proceedings.

Anna Preedy, director of the Museums + Heritage Awards, said: “Whilst the last two years have, without doubt been challenging, it is inspiring to see how the world of museums and heritage has risen to the challenge, has innovated and evolved.

“The projects represented on this year’s shortlist have demonstrated resilience, creativity and an appetite to evolve and to respond to change. They represent the very best of the best.”

The shortlist is now in the hands of an eight-strong independent judging panel, who will ultimately decide the winners ahead of the ceremony. Among them is first time Museums + Heritage Awards judge Sara Wajid.

Wajid is Co-CEO of Birmingham Museums Trust, and is a Trustee of Pitt Rivers Museum.

She has previously served as Head of Engagement at Museum of London, Head of Interpretation at Birmingham Museum and Art Gallery (BAMG), and has held a range of roles at Royal Museums Greenwich including as Manager of Public Programmes.

View the shortlist on the Museums and Heritage Awards website.

How AIM members have shaped the Museums + Heritage Awards