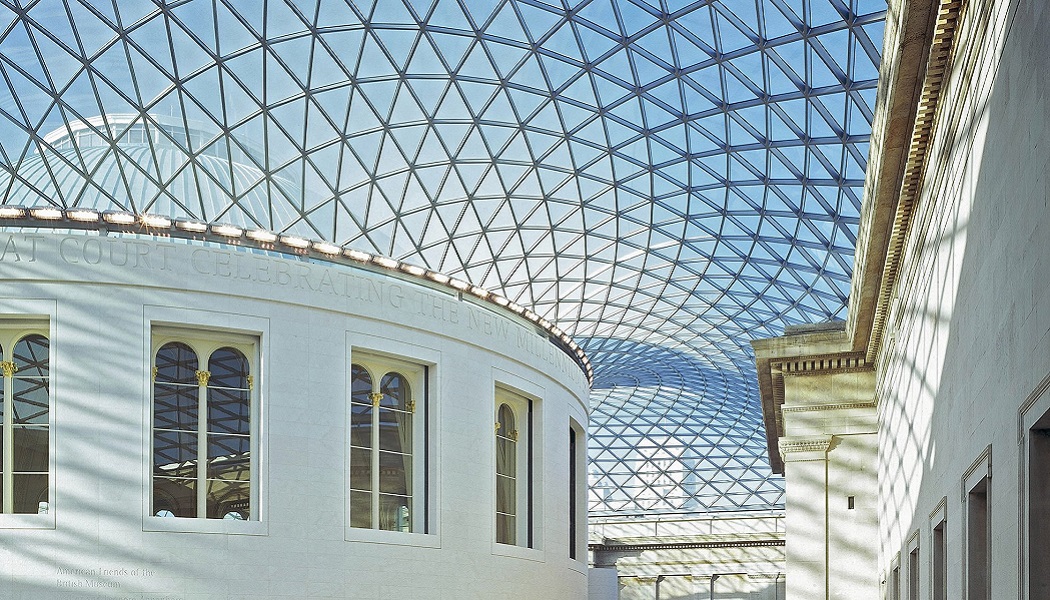 Government figures show that museums and galleries are lagging well behind film, television and other creative industries in making the most of tax relief opportunities.

Having originally been announced in the budget of 2016, the first figures have now been published for tax relief received by projects in British museums and galleries. While millions of pounds have been saved by hundreds of projects, the numbers for other creative industries leave museums and galleries in the shade.

Indeed, tax relief for museums and galleries was temporarily put on hold in 2017 due to the general election process unfolding in the UK; but this simply delayed its transition into legislature.

Having initially been reserved for temporary and touring exhibitions, significant pressure from the likes of the Association of Independent Museums and Museums + Heritage led to a broadening of its scope. Relief was made available up to £500,000 of expenditure per exhibition – meaning that museums could claim a maximum of £80,000 of relief for a non-touring exhibition or £100,000 if it is taken on the road.

While 300 museum and gallery projects received £4 million from tax relief as part of the government’s tax relief initiative in 2018/19, these statistics are dwarfed by the £595 million received by the UK film industry and 3,380 projects in theatres which secured a fiscal boost. 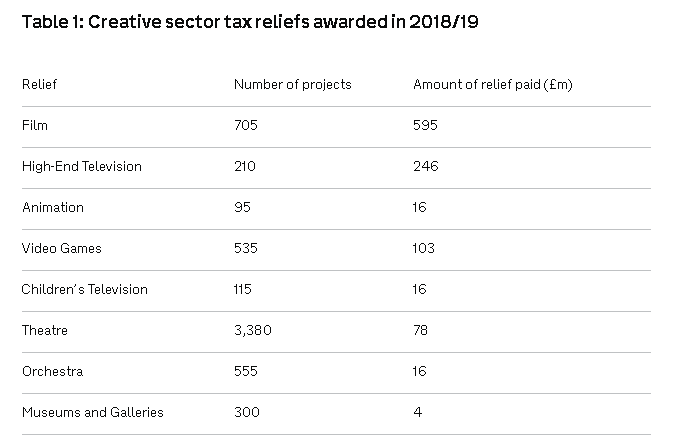 Statistics are provided on the number of productions claiming tax relief, the amounts of expenditure, the number of tax relief claims and amounts claimed, and amount of claims by size of claim. This publication reports on years up to 31 March 2019.

Jesse Norman, Financial Secretary to the Treasury, referenced how the arts and creative industries make a “vital contribution” to the UK economy. This government’s tax reliefs, he added, “have helped support some astonishing and exciting work again this year, celebrating the very best of British culture.”

The government is now pointing to award-winning TV series such as Killing Eve and the critically acclaimed film Phantom Thread as examples of how the mechanism works best. In 2016, even before such high-profile projects got off the ground, the screen sector was already contributing almost £8 billion to the UK economy. Museums and galleries would face a sectoral overhaul of herculean proportions to approach such figures.

A full breakdown of the latest HMRC Creative Industries Statistics are available here.