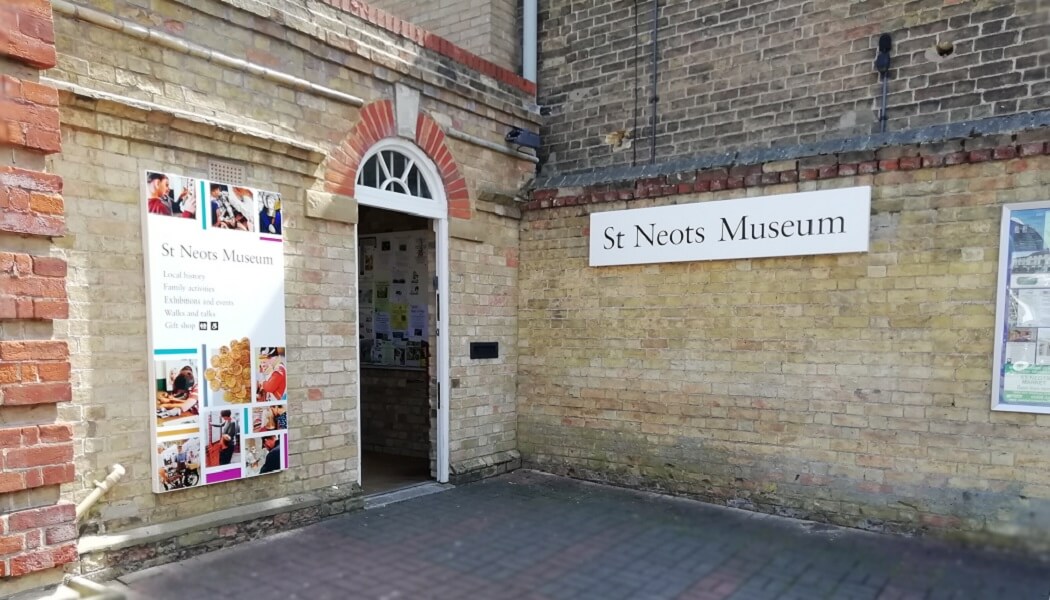 St Neots Museum may not be a household name throughout the nation, but prior to a £1,000 grant awarded at the 2018 edition of Museums + Heritage Awards the site wasn’t even known by some of its closest neighbours.

Having opened in 1995, St Neots Museum should have been a well-known fixture of the town by 2018. Due to its side street location and what the organisation described as “low key, dated signage,” however, this was far from the case.

“Evaluation with visitors and non-visitors told us clearly that local people either don’t know we existed or are unsure about our location,” explained Lesley Sainsbury, the museum’s Learning and Museum Development Officer.

“As part of an action plan to increase local museum awareness, we included plans to improve our signage and roped in Richard Slade, our website designer, to create a design. It soon became clear that our ideal signage was going to be much more expensive than we had expected and we added it to the long list of aspirations that all small museums have,” she continued.

Resigned to its status as a niche attraction in the Cambridgeshire town, the St Neots Museum team headed to the Museums + Heritage Awards 2018. This was where, courtesy of selection for one-off funding, the institution’s much-loathed anonymity was finally sent packing.

Thanks to the Museums and Heritage Show for putting us on the map.

A £1,000 grant meant the organisation could install metal box signs, a new visitor information notice, and there was even enough in the kitty to paint the entrance door in the museum’s colours.

“We’re delighted with the positive response we’ve received and the contemporary, professional image it presents,” Sainsbury added. “Thanks to the Museums and Heritage Show for putting us on the map.”