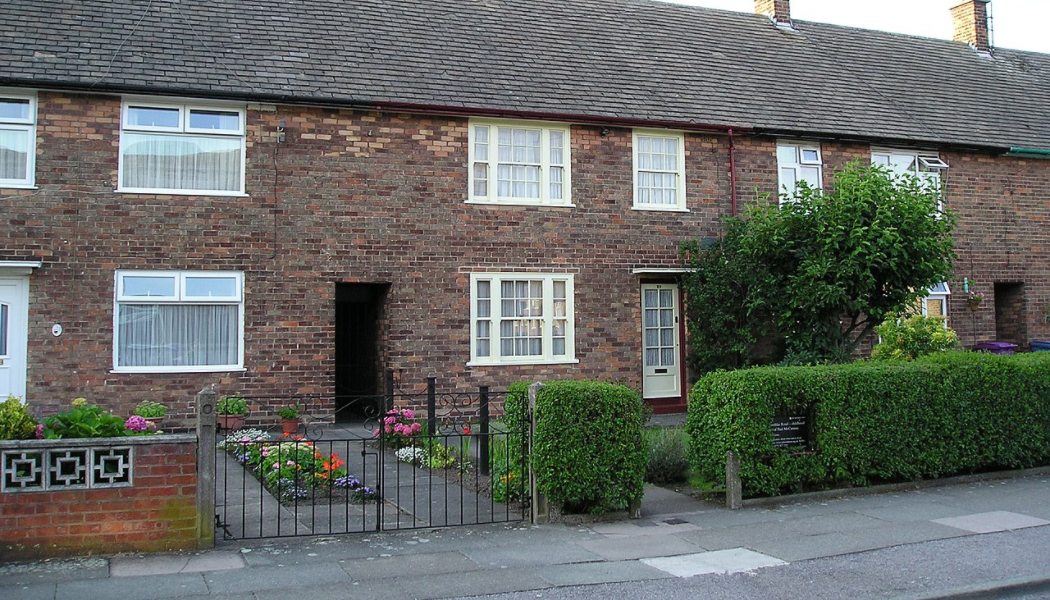 The house will be host to ‘The Forthlin Sessions’, a new project to select and highlight unsigned UK musicians

The National Trust has revealed plans to open up the childhood home of Sir Paul & Mike McCartney, 20 Forthlin Road, to artists as part of a new project.

The house, a National Trust property in Allerton in south Liverpool, will become the stage for a select list of unsigned UK musicians.

The project, ‘The Forthlin Sessions’, will see unsigned music artists given the chance to visit, write, and perform at the house, and to sit in the same spots where around songs including ‘Love Me Do’, ‘I Saw Her Standing There’, ‘Hold Me Tight’, ‘I’ll Follow The Sun’ and ‘When I’m 64’ were written and rehearsed.

To choose the artists who will perform at ‘The Forthlin Sessions’, the National Trust will work with Mike McCartney and music journalist Pete Paphides and will consult with the Liverpool Institute of Performing Arts (LIPA).

The resulting performances will be recorded and published, offering opportunities for new musical talent to reach audiences.

To help inspire the new music that will be created at ‘The Forthlin Sessions’ by the chosen artists, the public will be asked to share what the creativity sparked at 20 Forthlin Road has meant to them.

Hilary McGrady, National Trust Director General, says: “What the Beatles did was inspire a generation to feel free to be creative, regardless of who or where they were. Much of that started at 20 Forthlin Road with the songs that were written under this roof.

“It’s a pleasure to care for the Beatles’ childhood homes and to use the story of what happened there to continue this legacy. Our places don’t have to be stuck in time; they’re here to keep sparking creativity, dreams, and new ideas. We can’t wait to hear how what happened at 20 Forthlin Road inspired and keeps on inspiring the nation.”

To kick off the search for the musicians who will play ‘The Forthlin Sessions’, a new poem – ‘An Ordinary House, An Ordinary Street’ – telling the story of the house has been released as a short film.

It features figures from the history of the house including Mike McCartney, the Quarry Men drummer Colin Hanton, Colin and Sylvia Hall, custodians of Mendips – John Lennon’s Liverpool home – and 20 Forthlin Road respectively.

They appear alongside schoolboy Luca from the Wirral and a number of creatives from across the City of Liverpool, including former students of LIPA – the performing arts education institution – founded by Sir Paul McCartney and Sir Mark Featherstone-Witty in 1996, in Paul and Mike’s old school.

Mike McCartney explains: “It was just a normal family home. We were school kids. There was no music except that my dad would tickle – as he called it – the ivories after a hard day at work. At the beginning, there was no music other than dad and no photography. There wasn’t any thought of showbusiness, I can assure you.

“After we lost our mum, dad was bringing up his two little boys who were growing bigger all the time, on £10 a week. We were poor. The idea of getting into photography or music was unthinkable for working class lads back then, but Dad saw how creativity could help us through our grief. Everything that was created here – the music, the photography – was created from love. I’m delighted our house and our family can inspire new generations to follow a path that might surprise people, and that it’s been part of so many lives, not just ours.”

More information about how to apply to play at ‘The Forthlin Sessions’ is available on the National Trust website.