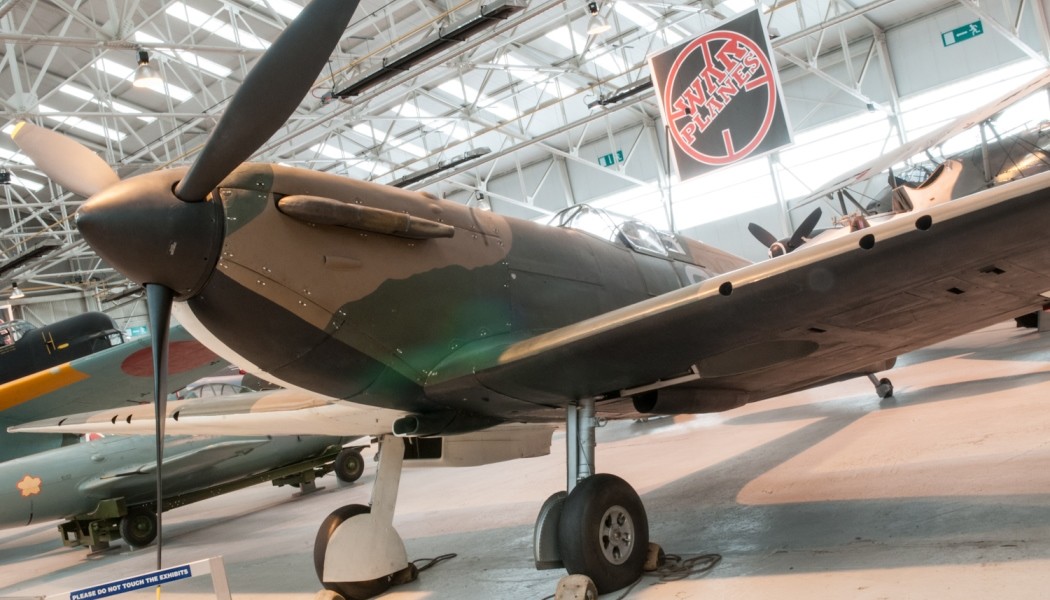 Spitfire flypast for Battle of Britain 75th weekend at Cosford

A flypast from the Battle of Britain Memorial Flight Spitfire will be a highlight for visitors attending a 75th anniversary event at the Royal Air Force Museum Cosford later this month.

The Battle of Britain Weekend event taking place on 12-13 September includes a flypast both days from the most famous British fighter aircraft in history. Spitfire’s won immortal fame during the summer months of 1940 by helping to defeat the German air attacks during the Battle of Britain. The unmistakable Spitfire sound and silhouette will be filling the skies over Shropshire at 4pm on Saturday 12 and 11.25am on Sunday 13 September as it flies overhead at the Museum. Visitors can also view the world’s oldest Spitfire displayed next to a Hurricane in the Museum’s ‘War in the Air’ hangar at Cosford.

Activities taking place over the nostalgic weekend include real life working Leonides, Bristol and Griffon engine demonstrations and a chance to see how a WW2 RAF Ops Room operated during the Battle of Britain era, brought to life by re-enactors.

There will be live music on both days including performances from Marjorie Cartwright-Jones in a 1940s Home Front Cabaret and Miss Fortunes, a singing trio who will be resurrecting the wonderful hits of the Second World War. A musical treat for visitors on Sunday 13 September will be a performance from the Glebe Symphonic Winds Orchestra. The performance will include many well-known favourites such as the Dambusters March, Barnes Wallis March and RAF March Past.

Organisers have also lined up a fascinating talk on Sunday 13 September, entitled ‘Battle of Britain: Myth and Reality’ with historian, writer and broadcaster James Holland. In this talk, James takes a fresh look at one of the most iconic episodes in British history, examining the story that has been passed down into folklore and assessing the performance of both sides. In doing so, he will be asking whether Britain’s victory in the summer of 1940 was even more comprehensive and significant than perhaps is widely thought.