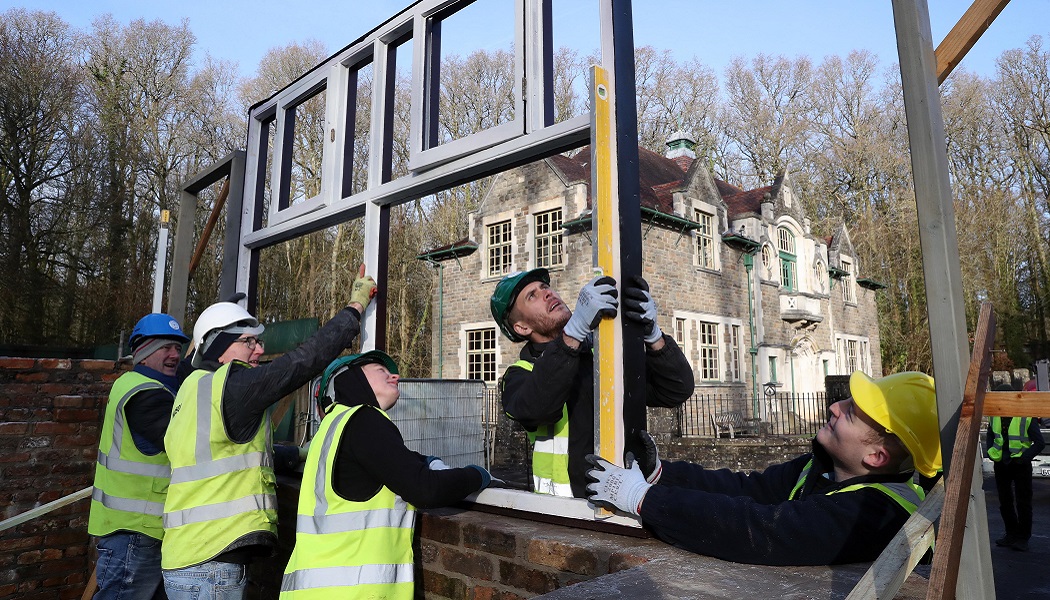 Art Fund Museum of the Year St Fagans National Museum of History is embarking on a three-year project to restore the Vulcan Hotel, an historic Victorian pub, to its 1915 heyday. The Museum is now asking the public for donations along with any stories or photographs from the building’s past to aid the process.

Following a decade which saw St Fagans undergo a major £30 million redevelopment to become Wales’ National Museum of History, the institution’s historic buildings team has turned its attention to rebuilding the Vulcan Hotel on the Museum’s site.

The team, who painstakingly dismantled the Cardiff landmark brick by brick before moving it to St Fagans in 2012, have now begun work on the cellar and exterior walls of the 19th century pub.

The Vulcan was built on Adam Street in Cardiff in 1853 to serve the mainly Irish community of what was then called New Town. Having seen the city around it change hugely through the course of the 20th century, the pub finally closed its doors for the last time eight years ago, shortly before the St Fagans team began the process of moving it to the open air museum.

“It’s fantastic to see the building work starting on the Vulcan. The pub will be a welcome and unique addition to the Museum’s collection of historic buildings. This is an important part of Cardiff’s heritage and gives us the opportunity to tell some of the area’s rich history,” Bethan Lewis, head of St Fagans National Museum of History, noted as ground was broken on the three-year endeavour.

The Vulcan has received financial support for the construction, skills training and participatory elements of the project from the Simon Gibson Charitable Trust and the Swire Trust. Further backing, both in terms of donations or historically contextualising contributions, are now being sought from the public.

Explaining the plan for the building, Jennifer Protheroe-Jones, principal curator for industry with Amgueddfa Cymru – National Museum Wales, said: “When it is open, The Vulcan will be displayed as it was in 1915, an important year for the pub. At this time, it had just undergone a major refurbishment that saw its distinctive green and brown tiles added to the frontage, as well as a redesign of its interior.

“Our curators have already been out and about conducting oral histories with former customers and landlords of the former Adamsdown pub, recording and filming their experiences and memories. We’d love to find out more so if anyone has any stories or photographs or objects related to the Vulcan, we’d love to hear from you.”