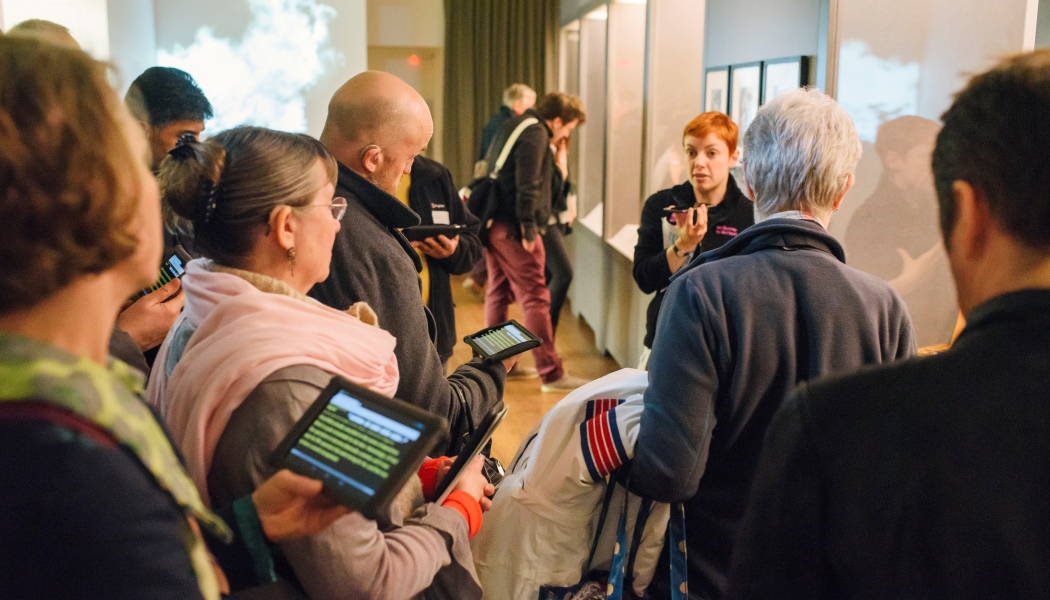 To celebrate its 15th anniversary, Stagetext is organising the first ever Captioning Awareness Week, which aims to bring together cultural venues and caption users from all over the country, to celebrate and raise awareness of captioning and live subtitling

For the past 15 years, Stagetext, a leading arts charity, has been making arts and culture accessible to deaf, deafened and hard of hearing people, through the use of captioning and hopes to raise its profile through the Captioning Awareness Week.

Recent advances in technology have also enabled Stagetext to branch out into the museum and gallery sector, providing live subtitles for talks, lectures and also for tours, where they developed the use of tablets to deliver accessible tours.

On a tour, visitors can move around with a handheld tablet and read along live as the tour leader speaks. Which means no straining to hear or fighting their way to the front, as the text of what is being said is right there in front of them. They can even wander away from the tour group to look around an exhibition, and still follow what the speaker is saying.

Stagetext wants as many people as possible to get involved; including museums and galleries who already provide live subtitles and venues who have not subtitled an event before.

Events during the week include a Curator’s Introduction to Celts: art and identity at the British Museum (tomorrow at 1.30pm) and a Talk on the Ai Weiwei Exhibition at the Royal Academy of Arts on Friday at 6.30pm.  There are also shows, such as Hairspray at the Alhambra Theatre, Bradford on Friday, and this evening there will be a Captioning Awareness Week digital watch along of the film Into the Woods at 7.30pm.

“So why are we doing this? Well, there is an estimated 11 million people in the UK that are deaf, deafened or hard of hearing – that’s 1 in 6 of us, and it’s set to increase to over 15 million by 2035,” said a spokesperson.  “For many people who lose their hearing later in life, learning BSL can be a challenge and even though some venues provide loop systems, these are not always suitable for everyone. Text based access, through live subtitling can be used by so many more people, deepening their experience of arts and culture, but they simply don’t know the service exists.”

Museums can get involved with the Captioning Awareness Week, up until Sunday 15 November, by helping to spread the word about captioning and live subtitling.

“It’s a great opportunity to talk about the work you’re doing to programme events with live subtitles by promoting them on social media.”

Alternatively, you can and take a picture of yourself with the words ‘I’m #CAPaware’ or ‘I’m supporting Captioning Awareness Week’ and tweet it to @Stagetext/ #CAPaware.

If you’ve never subtitled an event in your museum or gallery, you can enquire about organising one during #CAPaware Week by emailing [email protected] for more information.

The full list of live subtitled events taking place in museums and galleries during Captioning Awareness Week and beyond can be found here.

Caption tour at the Wellcome Trust