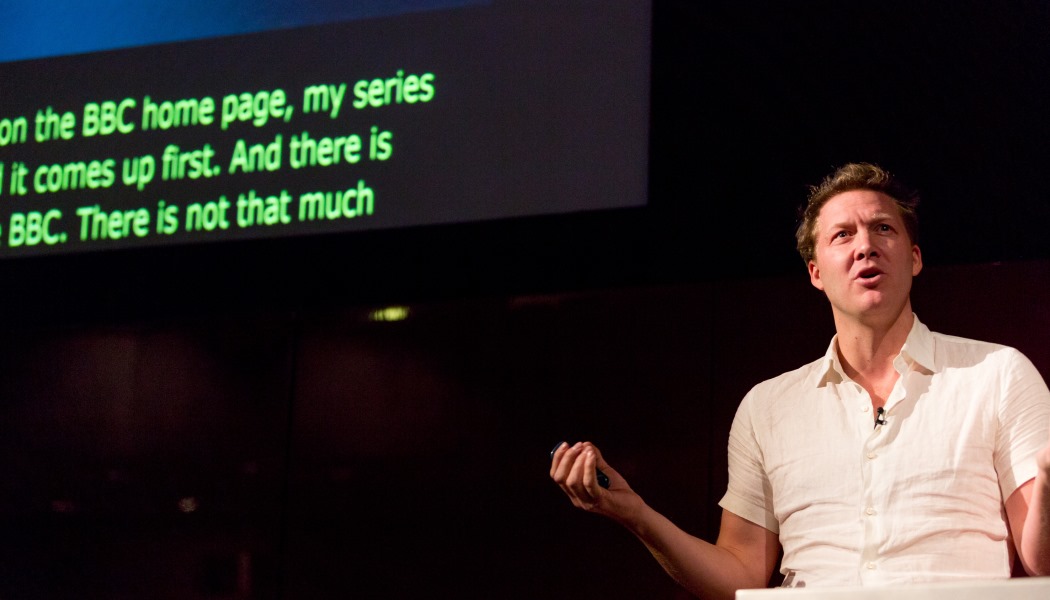 Stagetext, the leading captioning charity for the arts and cultural sectors is hosting its second Captioning Awareness Week from today until Friday.

The week aims to raise awareness of captioned and live subtitled events, which give deaf, deafened and hard of hearing audiences equal access to the arts.

In a recent poll, Stagetext found that familiarity with services to make arts and culture more accessible, such as captioning, is low amongst adults in the UK. Indeed, last year, while at least 25,000 people benefited from a captioned or live subtitled event, it is estimated 11 million people in the UK have some degree of hearing loss – indicating huge numbers could be missing out.

A huge number of individuals could benefit from captioning and live subtitling but are unaware it exists. Captioning Awareness Week aims to address that, meaning that audience members with various forms of hearing loss, or anyone who misses a word here and there, can have their theatrical and cultural experiences transformed. We hope the arts industry will support us in raising awareness and help us make theatre and cultural experiences accessible for many more people 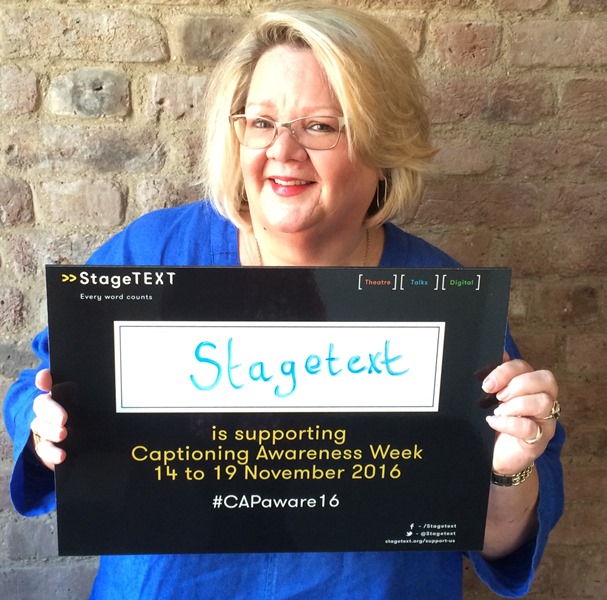 During the week, 14 captioned and live subtitled events will be taking place around the country. This includes Chitty Chitty Bang Bang at the New Victoria Theatre in Woking, Wind in the Willows at the Mayflower Theatre in Southampton, The Red Barn at The National in London and Bedlam – the asylum and beyond, a tour taking place at the Wellcome Collection in London.

Theatres and arts venues are also being encouraged to pledge their support by ‘putting their name in the frame’. Venues, organisations and caption users are asked to download a special Captioning Awareness Week frame from the Stagetext website, write their or their organisation’s name in it, take a selfie of them holding it and share it on Twitter and Facebook using the hashtag #CAPaware16.

Lucinda Harvey, the Royal Shakespeare Company’s Access Advisor, said: “We are always on the lookout for ways to make our work as accessible as possible, and to make theatre for everyone, which is why we were one of the first to take part in Stagetext’s ground breaking captioned performances. As a national theatre, which regularly captions its shows, we are really pleased to be able to encourage more people to enjoy live theatre.”

To mark the week, Stagetext has raised a small fund to support companies and venues who have never used its services before.  From November 14 to 19, the charity is offering £100 off the total booking cost for the first five companies or venues to book either subtitles for an online film, or a captioned/live subtitled event.