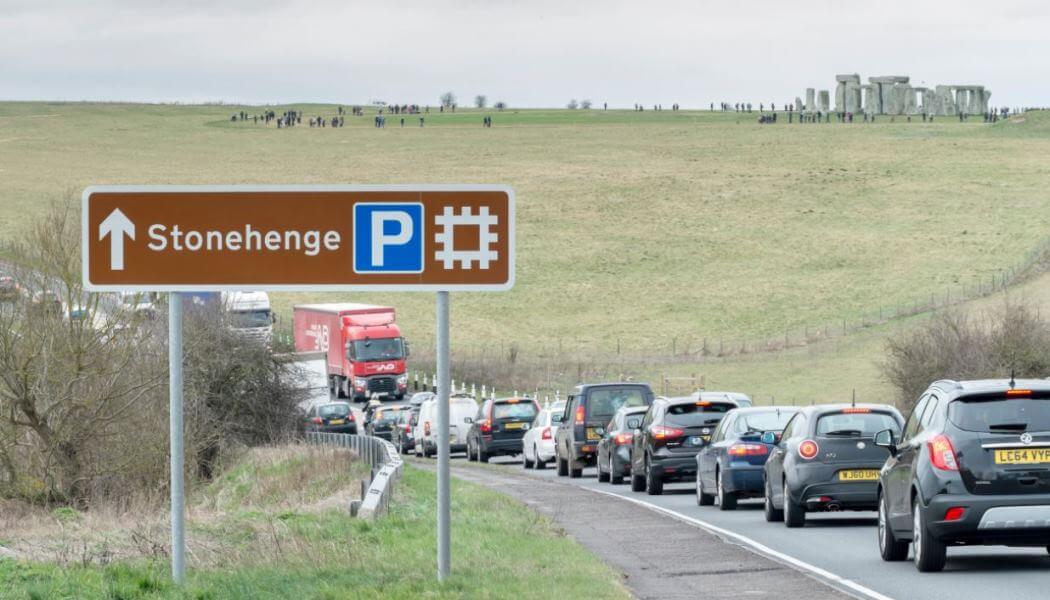 By Adrian Murphy. Main Image: The busy A303 leading to Stonehenge. Courtesy of the Department for Transport
Share

The route for the £1.6bn A303 upgrade near Stonehenge, which is a key part of the ‘South West expressway’ has been published by the Department for Transport

Highways England has modified the plans, including moving the position of one of the entrances to the tunnel to avoid conflicting with the solstice alignment

Following a public consultation held earlier this year which attracted feedback from local communities, heritage groups, archaeologists, historians and engineers, Highways England has modified the plans, including moving the position of one of the entrances to the tunnel to avoid conflicting with the solstice alignment. The route, it said, ensures the Stonehenge World Heritage site will be protected and enhanced for people from across the world to enjoy.

Historic England, the National Trust and English Heritage said in a joint statement they welcomed the announcement and believed the amended route can, if designed and located with the utmost care, deliver a lasting legacy for the World Heritage Site and restore peace and tranquillity to the Stonehenge landscape.

“The Stonehenge World Heritage Site is internationally-important not just for Stonehenge itself but for the unique and rich concentrations of burial mounds and monuments in the landscape,” the statement said. “The route announced today will ensure the winter solstice alignment will be unspoilt by lights and traffic from the road. We also want to see the globally important archaeology protected, the settings of the ancient burial sites respected and the views between those sites restored.” 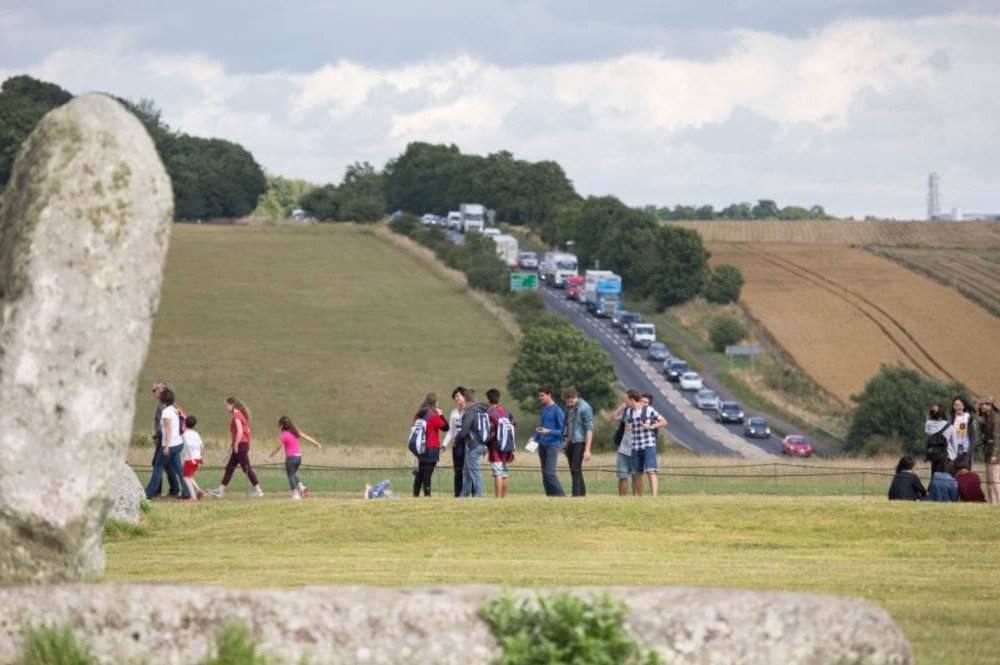 How the view from Stonhemge looks now. Courtesy of the Department for Transport 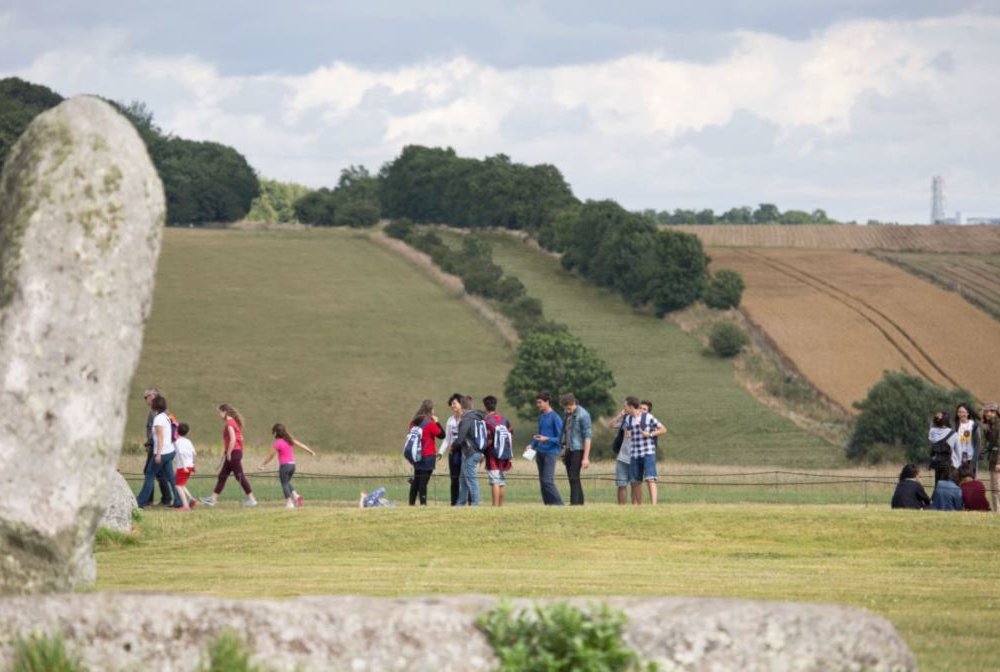 How it could look once the tunnel is built. Courtesy of the Department for Transport

The transport Secretary, Chris Grayling, said the tunnel will remove the traffic blight on local communities and enhance the famous landmark. He added that it will reconnect the two halves of the 6,500 acre World Heritage site which is currently split by the road, and remove the sight and sound of traffic from the Stonehenge landscape.

Secretary of State for Culture, Karen Bradley, added: “Stonehenge has captured the imagination of people around the world for centuries and is a site of global importance. With over one million visitors a year it is one of the jewels in the UK’s crown and it is important that we preserve it for generations to come. This investment from the government will help make the visitor experience much more enjoyable and this is good news for local residents and businesses who will benefit from the new route.” 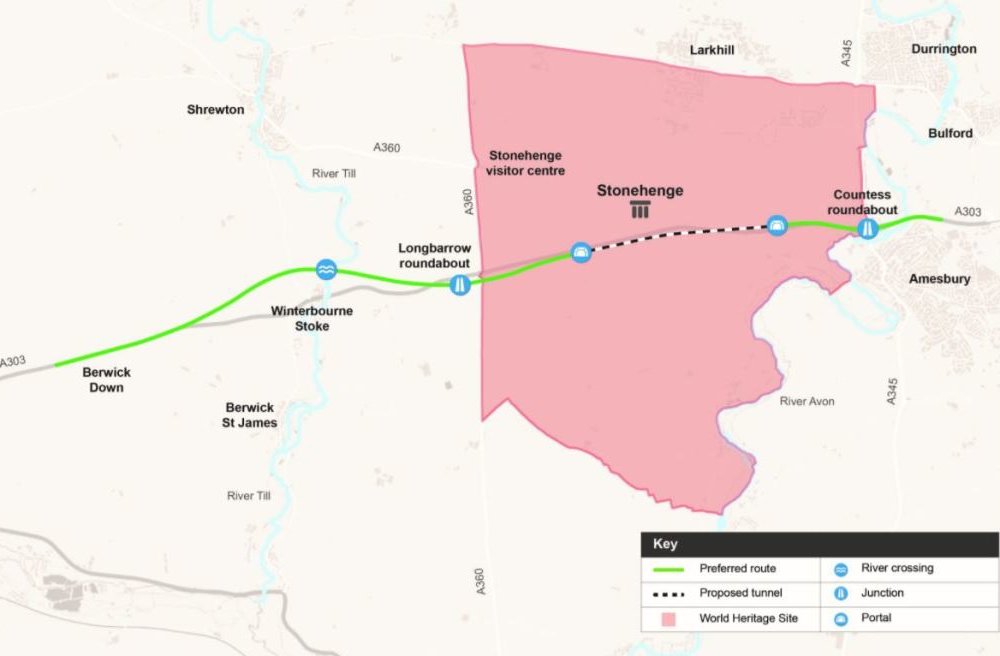 The proposed route. Courtesy of the Department for Transport

Historic England, the National Trust and English Heritage said it was now critical to ensure that the benefits of this new route can be realised through careful design and mitigation of archaeological risks, particularly at the western portal of the tunnel and the approach road.