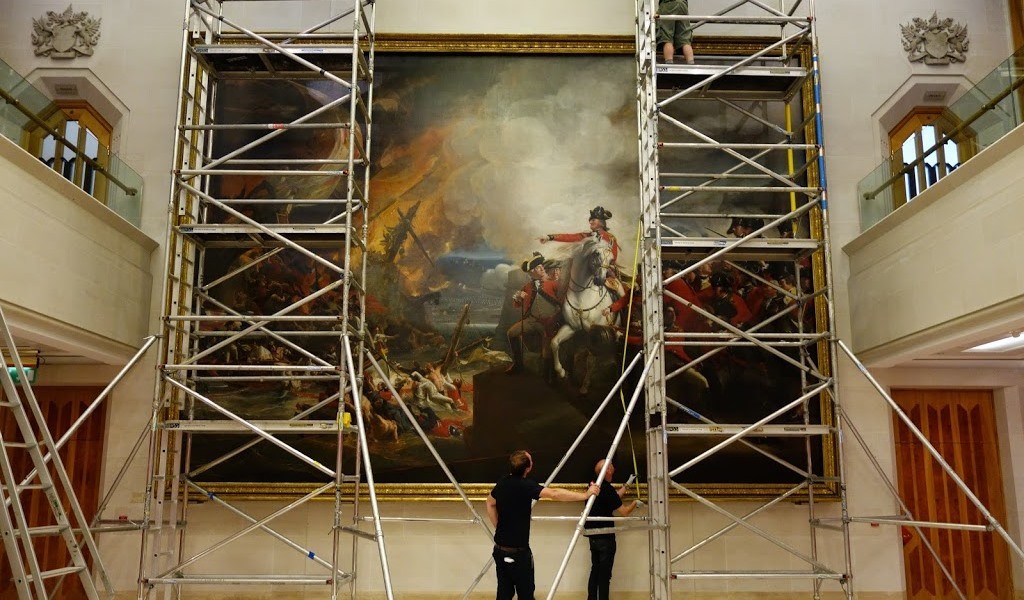 Moving works of art and museum pieces requires detailed planning and careful management, not only during the move but also in advance of it.

Now some museums, at a time when they face continued cuts to funding, are increasingly looking to companies in the commercial sector to provide the expertise and experience required to deal with major projects.

Crown Fine Art has responded to that demand by appointing David Gosling, formerly Head of Movement & Storage at the Imperial War Museum, as Technical Project Manager, to strengthen its team.

Gosling has vast experience of art handling, having also worked in management roles at the Horniman Museum, National Portrait Gallery and National Maritime Museum.
More recently, in his new role, he oversaw a project to protect and conserve art and artefacts at Guildhall Art Gallery in the City of London while renovations were made. 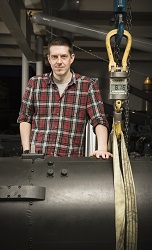 Crown Fine Art General Manager, David Preston said: “It is clear the world of museums is changing, particularly with regard to funding.

“Museums are regularly being asked to do the same job with less money; and that is not easy when major refurbishments are planned.

“The need to use experienced project managers from outside companies to provide a strategic input in these kind of operations is growing, and that demand was one of the reasons we appointed David Gosling to join our highly experienced team as Technical Project Manager.

The fact that he comes from a museum background and understands the needs of potential clients is important, as is his vast experience in managing highly complicated projects in the movement and storage of art and artefacts.”

Now Gosling, who joined Crown Fine Art shortly after completing a project to move 25,000 museum pieces of different sizes out of the Imperial War Museum during renovation, is bringing that experience to a new market.

“The interesting thing about my new job is that I am now talking to people in museums who are in similar roles to the one I held before. It is a different side of the divide, but I can understand what they are looking for because I used to be in that position.”

Crown Fine Art’s recent projects have included removing and reinstalling 35,000 books during the refurbishment of Queen’s College Library, Oxford, as well as work at the Guildhall Art Gallery, which has recently re-opened following the installation of new LED lighting in a wide-ranging renovation programme. 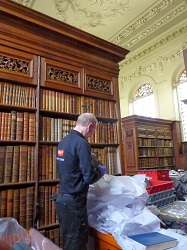 Gosling added: “These are good examples of the kind of projects we expect to see more of in future as the museum environment continues to change.

“More and more often you will see companies like Crown Fine Art providing a strategic vision for projects and being involved in managing projects from beginning to end.
“It is clear that for many museums having access to experienced project managers in the commercial sector is becoming increasingly important.”