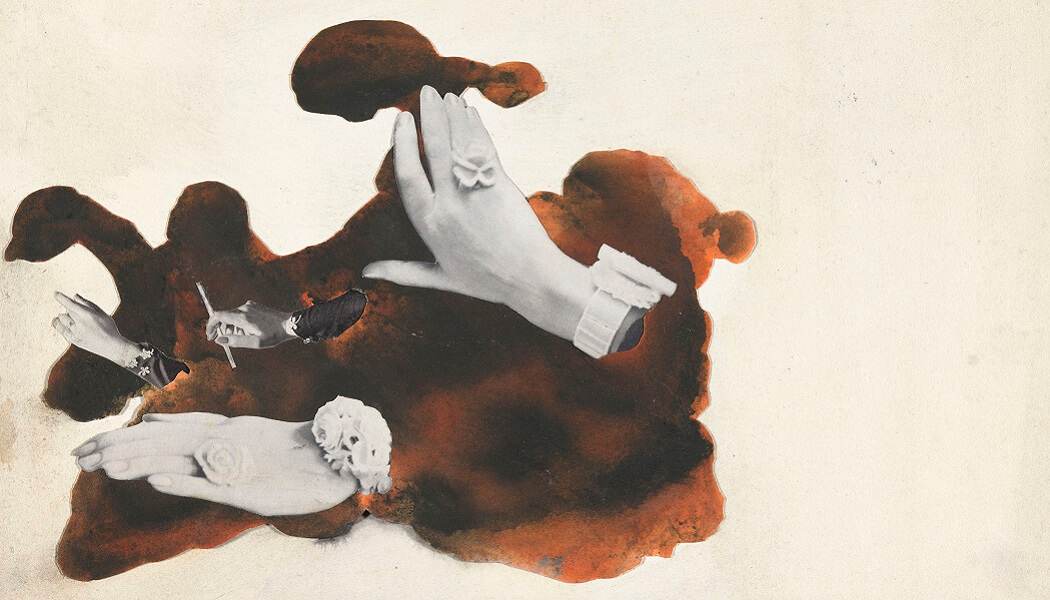 Tate has acquired a “significant body of archives and artworks” by British surrealist artist Ithell Colquhoun, courtesy of a donation from the National Trust.

The change in hands of the collection, which contains around 5,000 sketches, drawings and commercial artworks produced by Colquhoun, means the work she bequeathed to the National Trust is now reunited with other pieces she left to Tate in 1989.

The artworks now in the possession of Tate include drawings in ink and graphite, along with other pieces featuring gouache and watercolour washes. In addition to sketches and preparatory drawings, the National Trust has also donated several finished paintings, prints and designs by Colquhoun to Tate.

With none of the work being intrinsically linked to any of its historic properties, the National Trust has transferred Colquhoun’s archive, and the associated copyrights, to the gallery group.

The collection will be now begin a process of being checked and re-housed by conservators, prior to being sorted by archivists and stored in the Tate Archive.

Colquhoun’s works now residing with Tate include an early sketch for the oil painting Scylla, 1938, currently on display at Tate Britain. This is one of several preliminary drawings to have been reunited with the finished work through the deal. 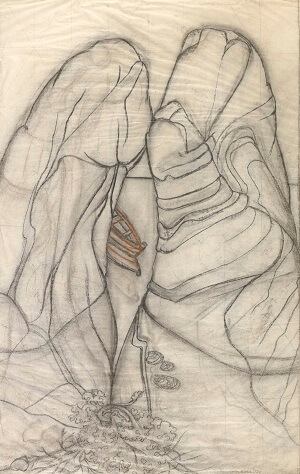 Preparatory sketch of Scylla. Now entrusted to Tate by the National Trust © Tate 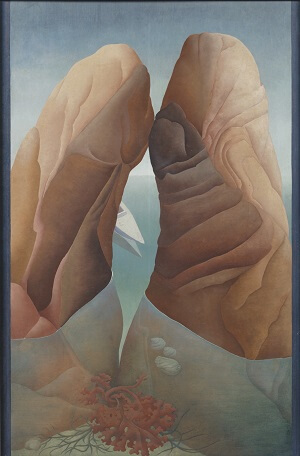 Ann Gallagher, Director of Collection for British Art at Tate, described Colquhoun as “one of the key figures of British surrealism,” and expressed her delight “that the National Trust has transferred the remaining archive and other works by Colquhoun to Tate.” Gallagher also shared Tate’s gratitude that a fuller collection of the artist’s works can now “be made available to scholars and for display to the public.”

Ithell Colquhoun was a painter, writer and poet. She studied at Cheltenham Art School and the Slade School of Fine Art, before holding her debut solo exhibition at the Cheltenham Art Gallery in 1936.

After a string of exhibitions in the UK and abroad, Colquhoun joined the British surrealist group in 1939. She was later expelled from the group due to an intensification of her investigation of the occult.

Her works were split between Tate and the National Trust following her death in 1988.

“This material will be reunited with the archive already bequeathed to Tate by the artist, where it will now be preserved and made accessible in one place,” noted David Taylor, Head Curator of Paintings and Sculpture at the National Trust. “As well as Colquhoun being better represented at Tate, the great public benefit of this collaboration between our two organisations is that new generations of scholars and visitors alike will be able to discover and appreciate this important British surrealist.”

Registered researchers will be able to request specific items to consult in the Hyman Kreitman Reading Rooms at Tate Britain later this year.