The virtual environments or ‘maps’ known as Tate Worlds are based on paintings and sculptures in the Tate Collection will become part of the open-ended 3-D video game which allows players to build environments and cities using building blocks of materials such as wood and stone.

Players of the video game, which was designed by Swedish firm Mojang in 2009 and bought by Microsoft in September for £1.59bn ($2.5bn), can explore and undertake activities and challenges that relate to the themes of the art work.

Focusing on the theme of ‘Cities’ the first two maps are inspired by André Derain's 1906 painting of London, The Pool of London, and Christopher Nevinson's 1920 painting of New York, Soul of the Soulless City. 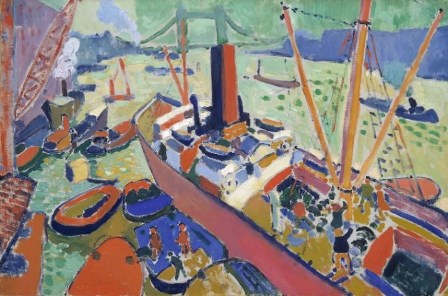 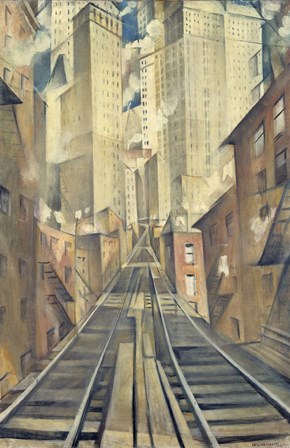 Tate Worlds offers gamers a unique experience combining art, history and adventure. In Tate Worlds: Soul of the Soulless City, inspired by the futurist-style painting by Nevinson, players will enter the bustling and fast-changing place of 1920s New York, as depicted in the painting.

On entering the Tate Worlds map, Minecraft players will board a train taking them past New York landmarks of the time, before they roller-coast into the future as the skyscrapers go up and up. The sights and sounds of the ‘roaring twenties’ will accompany the journey as the players build a skyscraper, join construction workers for a dangerous sky-high lunch, and race to catch a movie. 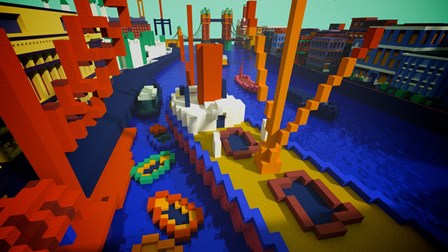 View of Tate Worlds: Soul of the Soulless City map in Minecraft

“It has captivated millions of children and young people across the world. In playfully reimagining art in Tate Worlds for Minecraft we hope to introduce a new generation to inspirational works from Tate's collection.”

The first Tate Worlds maps will be available to download for free online at www.tate.org.uk/tateworlds from Monday, 24 November and will be launched at Insomnia53 Gaming Festival, Ricoh Arena in Coventry.