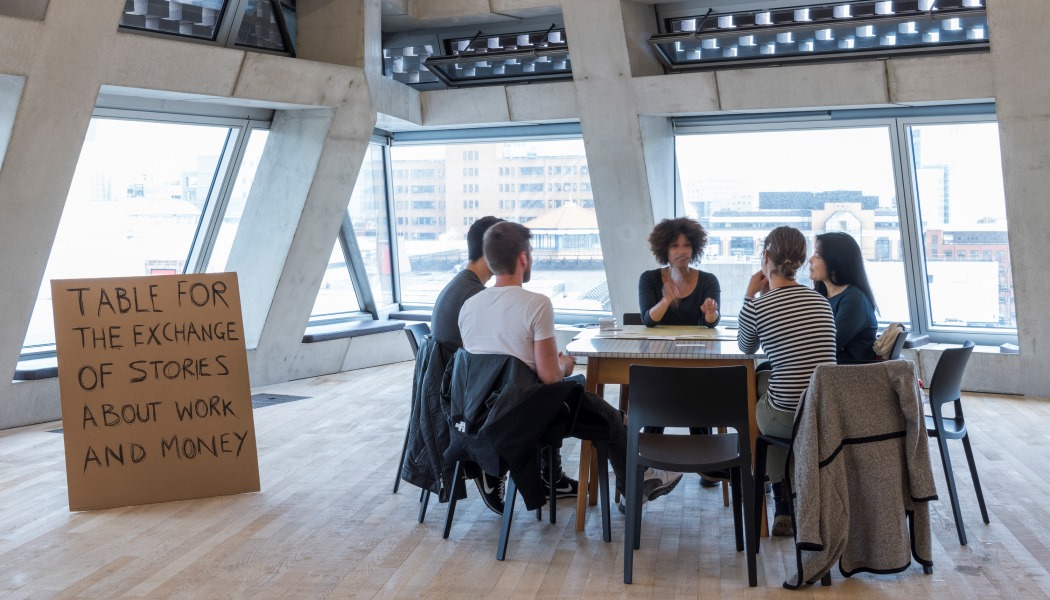 The Tate Exchange programme looks at art and its importance to society with 53 member organisations taking part from the arts, health, education and charitable sectors all encouraging greater participation in the arts

The public is being invited by the Tate Exchange Associates to collaborate on a pioneering project, which Tate says is the first of its kind anywhere in the world, tackling subjects such as migration, homelessness, mental health and identity through art.

Tate Exchange is a free programme launched in September by Tate Modern at its new Switch House building with further projects at Tate Exchange Liverpool in November – and over the coming years will roll out at all four Tate galleries with 50 projects planned. Tate Exchange is supported by Freelands Foundation, ACE, Paul Hamlyn Foundation and Tate Patrons and aims to change the way institutions work with each other and the public, who in the latest phase will be asked to test ideas and explore new perspectives in more than 100 events.

The Associates programme marks the second phase of the annual Tate Exchange with first phase concentrating on artist projects which drew the visitor into the museum’s creative process for the first time.

Starting today Central Saint Martins’ inaugural project entitled This is An Art School, involves students, alumni and staff enrolling the public in free studio workshops, lectures and art classes which will overturn the standard orthodoxies of the art school environment. Together they will explore the future of arts education and look at the barriers to studying and making a career in the arts within the context of the current economic, political and social climate.

“Tate Exchange marks a shift in the relationship with our visitors,” said Anna Cutler, Tate’s Director of Learning. “This is an exchange between what the public brings and what we bring to the conversation. Our visitors carry their own culture with them and can use museums and galleries as creative spaces for exploring what that means. Using art in its many forms, the public and Tate Exchange Associates will shine a spotlight on the challenging issues facing the contemporary world.”

Future projects include an open, collective project around migration organised by Counterpoints Arts, Loughborough University, the Open University and the University of Warwick.

Homelessness will be examined through workshops drawn from the personal experience of ex-servicemen, artists and others as well as from a political perspective, organised by the Museum of Homelessness.

Using a reconstructed fairground, themes of community, marginalisation, commerce and carnival will be seen from the perspective of former coalmining communities in Wales and Kent through a project organised by Valleys Kids, Canterbury Christ Church University, People United, the Whitstable Biennale and the University of Kent.

Frances Morris, Director, Tate Modern said: “We are very excited to have, for the first time at Tate Modern, an open and accessible forum for visitors from a broad diversity of backgrounds to explore for themselves how art can inform and enrich our understanding of the world.”

At Tate Liverpool highlights include a curated film programme, an interactive art stock exchange with Liverpool Hope University, and Visions of the Future events with University of Liverpool.