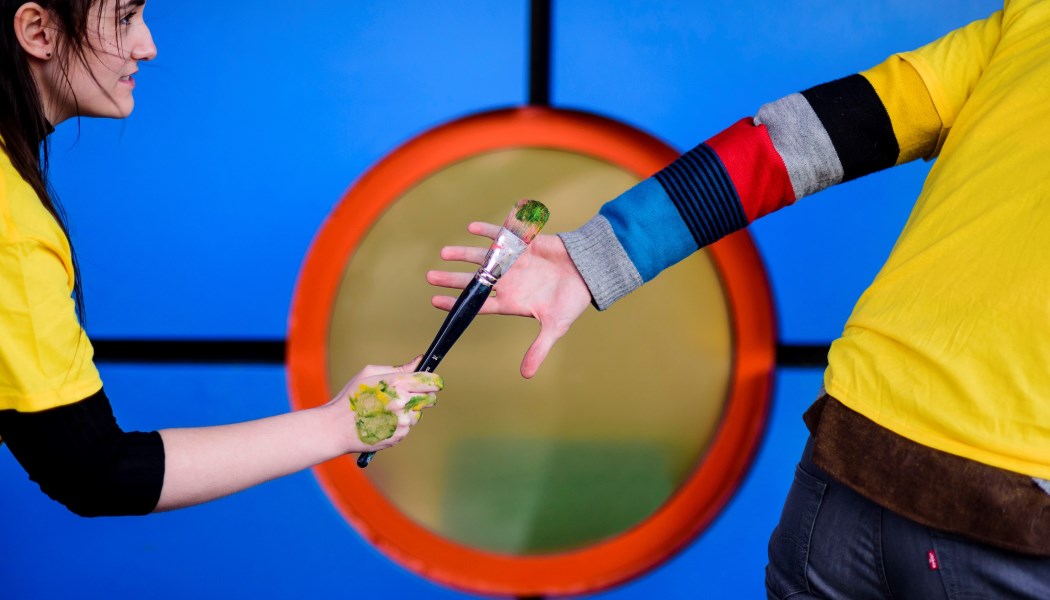 Tate Liverpool launches Art Gym as part of Circuit, led by Tate and funded by Paul Hamlyn Foundation and Co-funded by the Creative Europe Programme of the European Union, a Collaborative Arts Partnership Programme, with support from Liverpool City Council

Visitors to Tate Liverpool will feel the burn when they take part in Art Gym, a three week programme of free drop-in classes, lectures and workshops that embrace art, design, music and film. Running from this week until Thursday 31 March 2016 Tate Collective Liverpool, a youth art initiative, and Turner Prize winners Assemble are giving the public the opportunity to pump their creative muscles.

Inspired by a traditional gym, Art Gym offers anyone of all ages and abilities the chance to create a personal programme designed to learn new creative skills or develop existing ones. Instead of kettlebells and treadmills there will be art stations teaching everything from traditional bookmaking to digital art production. So from a gentle stretch to high intensity training, Art Gym offers something for everyone to release their creative endorphins.

Following Assemble’s Turner Prize success Tate Collective have invited the art, architecture and design collective to collaborate and co-design the gym-like environment with them.  This multi-purpose space forms the heart of Art Gym and is custom built to host classes, workshops and lectures.

“In a place where traditionally we would display work by famous artists including Pablo Picasso, Andy Warhol and Jackson Pollock, the special exhibition gallery has been transformed into something completely different by Tate Collective Liverpool,” said Francesco Manacorda, Tate Liverpool’s Artistic Director.  “Tate Liverpool pioneered the idea of working with young people in a museum setting and Art Gym is an experiment that sees us handing over responsibility to Tate Collective to conceive and co-design their idea of what a museum of the future could be. This is an exciting moment for Tate Liverpool when we see the results of all the months of Tate Collective’s hard work. They are presenting a broad and varied event programme in a fun and exciting environment and we hope all our visitors will come and enjoy it.”

A wide range of artists will host a series of free workshops to teach and develop skills including photography, critical writing, craft work and alternative life drawing.  Tate Collective and the gallery’s Visitor Assistant Team will act as Art Gym instructors, on hand to help visitors plan their creative workout, give demonstrations, offer one-to-one reflective sessions and help them achieve their art goals.

Holly Bowers, Tate Collective member said: ‘Tate Liverpool is throwing open its doors to people of all ages and abilities. We don’t want the public to think of the arts as an elitist community, anyone can enjoy it. It’s a New Year, so brush off the cobwebs and ‘increase your art rate’ at Tate Liverpool’s Art Gym!’

Art Gym is the culmination of a staged kidnapping of Tate Liverpool by Tate Collective Liverpool and Assemble. Entitled We Have Your Art Gallery, the kidnapping resulted in a series of ransom notes that the young people developed with Assemble listing demands for things they wanted to see in the gallery. Via these notes an agreement was reached to transform the gallery space into a temporary art school, now called Art Gym.