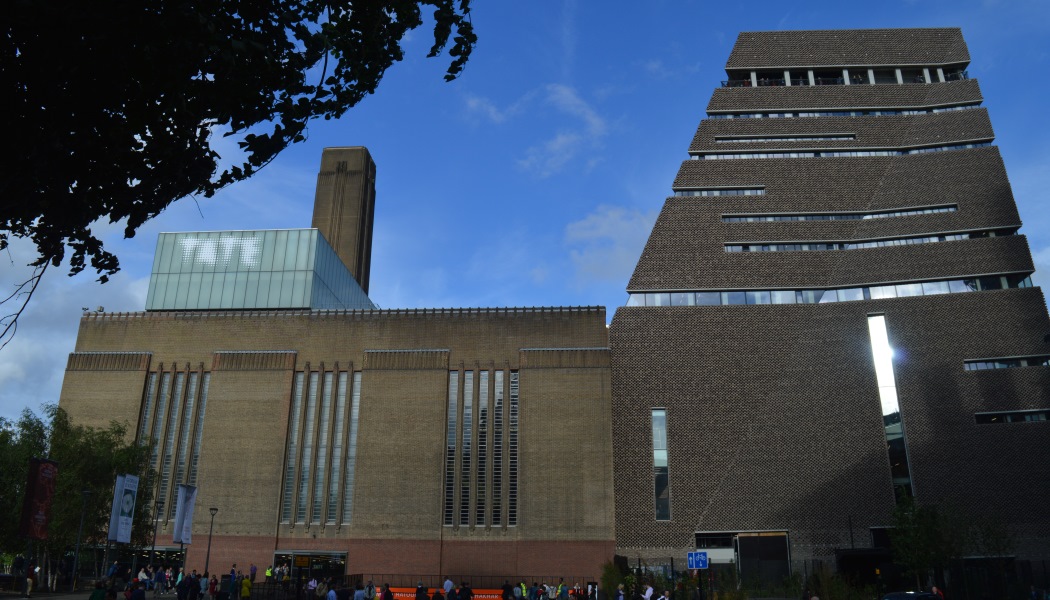 We took a sneak peak at the new Switch House building today, as part of a press view, that has added 60 per cent more space (21,000 sqm) to Tate Modern and transforms the site into an accessible public forum linking it to the north and south of the city

Following on from the redevelopment of the Bankside Power Station into a museum for international modern and contemporary art in 2000, the architects behind that transformation, Herzog & de Meuron have recently extended Tate Modern with Switch House, a mixed-use space for exhibitions, performances and community programmes. One of the defining features is the exterior, which is clad in a perforated lattice of 336,000 bricks.

Today at a special press view at the new Tate Modern building journalists from around the world joined its director Frances Morris, Tate director, Nicholas Serota, Lord Browne, Chairman, Tate, Ed Vaizey, Minister of State for Culture and newly elected Mayor of London, Sadiq Khan. It was a first chance for the museum to get the message out of its new spaces before opening up to 3,000 schoolchildren from across the UK on Thursday and to the public on Friday.

The 10 floors consist of The Tanks at level 0, a vast industrial space dedicated to live art including performance art, installations and interactive sculptures, three floors of modern and contemporary art, Tate Exchange – an experimental space with 50 partner organisations – a learning and event floor, as well as staff offices, a members’ room and restaurant on the 9th floor. The 10th floor has been transformed into a 360 degree viewing platform allowing vistas of St Paul’s and the London skyline. This means that visitors to Switch House are able to see panoramic views of the city and will give inspiration to artist, which in itself is a treat, but also goes to show how this building can be used as a public space for enjoyment as well as the appreciation of art.

The building itself is impressive from the outside with its pyramid-like structure contorting at different angles and from a new entrance in Southwark visitors can seamlessly walk through from Switch House and over a bridge into the Tate Modern’s Turbine Hall and through to the Millennium Bridge and St Paul’s – another show of the buildings versatile properties.

Throughout, the museum’s structure is exposed raw concrete which gives a reminder of the architectural heritage of the former power station and in some ways a modern, clean feel. The different levels are connected by lifts as well as sweeping, spiral staircases of the same exposed concrete. The gallery and film spaces have been painted accordingly in black for screening and white walls to give dramatic effect to the artwork. These include masterpieces from Pablo Picasso, Henri Matisse and Mark Rothko to screen prints from the Guerrilla Girls, The Solemn Process (1964) by Ana Lupas and Louise Bourgeois’s Couple (1996).

When Tate Modern opened in 2000, women represented about 17% of the total number of artists. Morris said the figure in the Switch House, which contains art from the 1960s onwards, is 36%, and half of the rooms are devoted to a sole female artist.

“This really is a new Tate Modern. It is the interface between creatives and consumers and we encourage the consumers to be creatives,” she said. “We want the gallery to be relative to everyone, our local community and visitors from all over the world. It’s a step change in terms of collaboration with a richer mix of audiences, though not necessarily of those people connected with artists.”

Tate Exchange, which takes up the fifth floor has wooden floors but walls still exposed to the continuous concrete. It is here that an open experiment will formulate from September 2016 that will open up the museum and the art world to new audiences. A total of 50 organisations ranging from the Welsh Valleys, healthcare trusts, community groups and students will help to programme and run the new space. 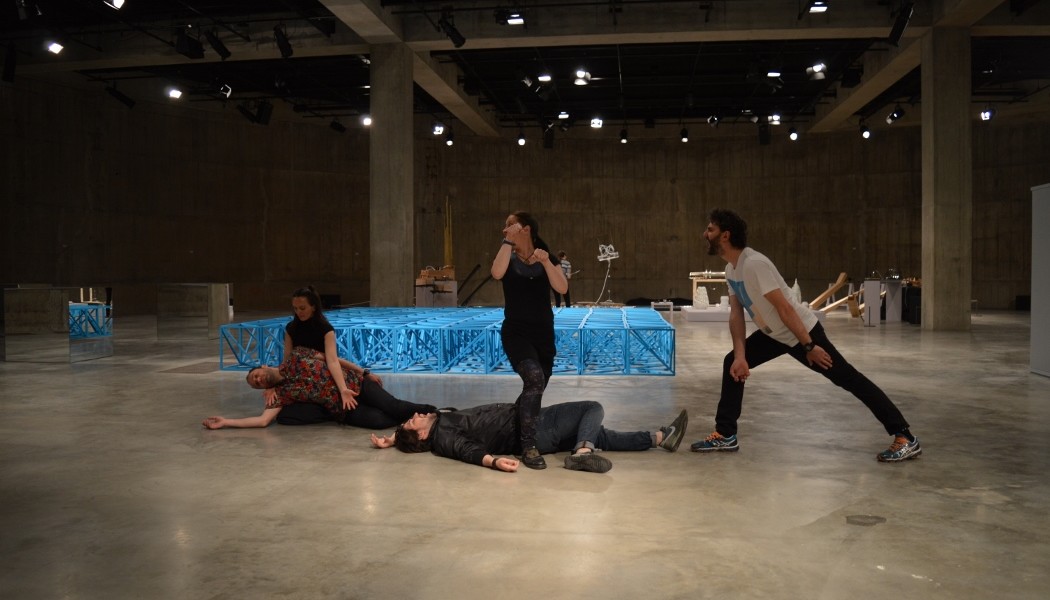 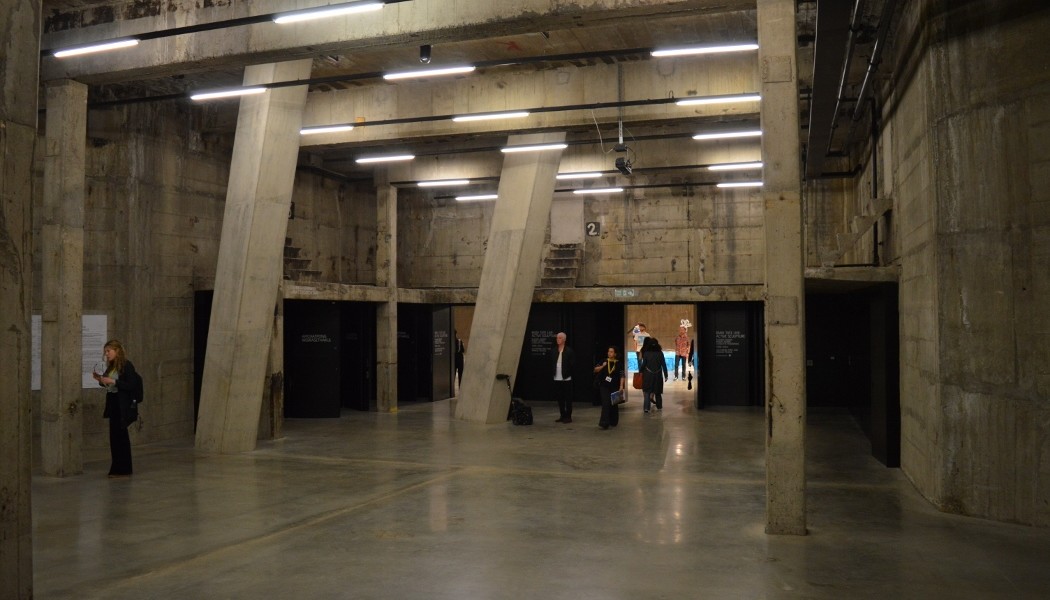 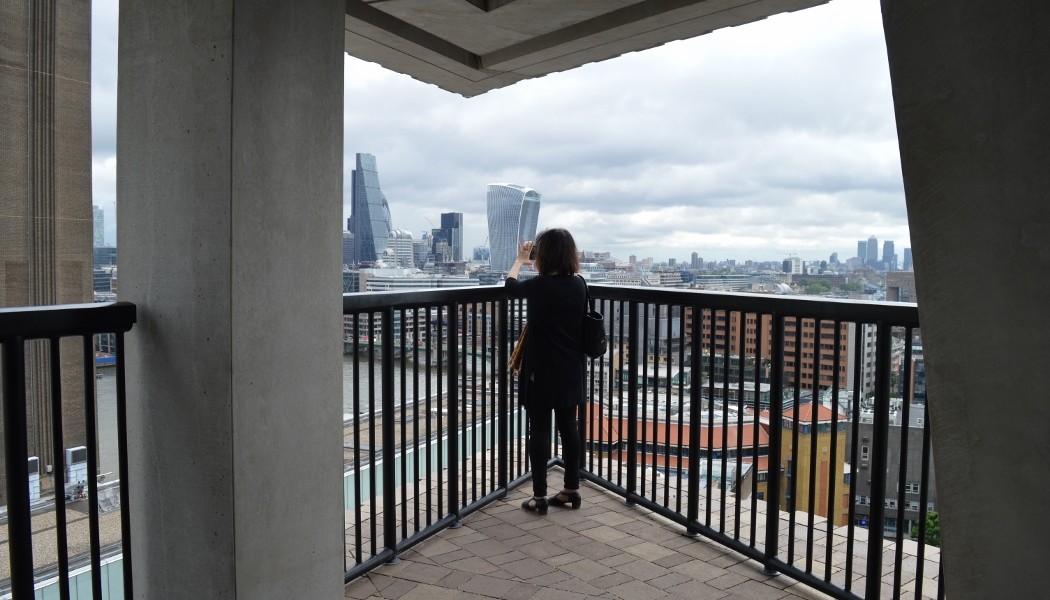 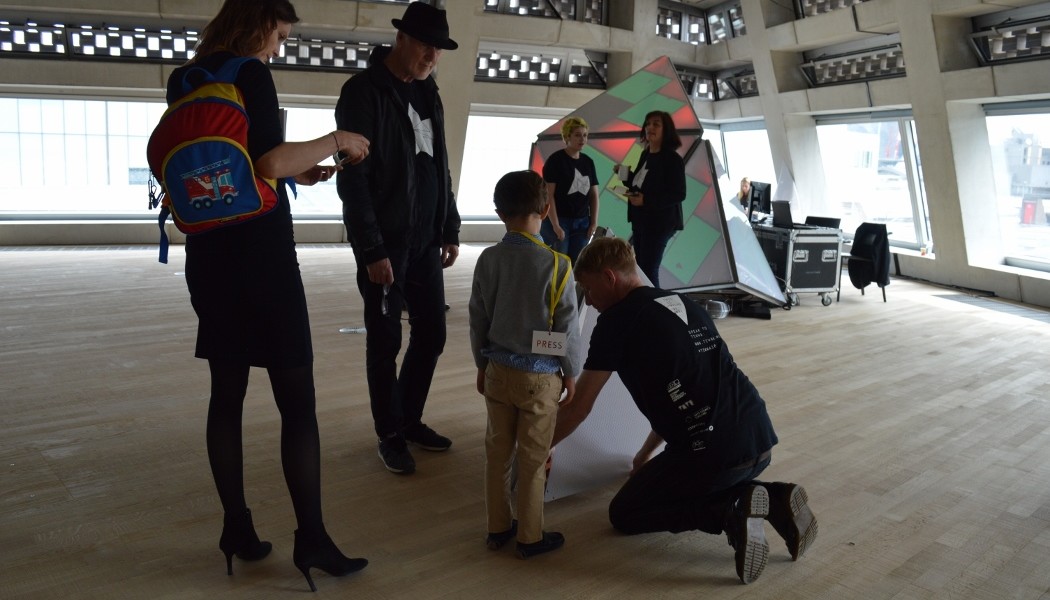 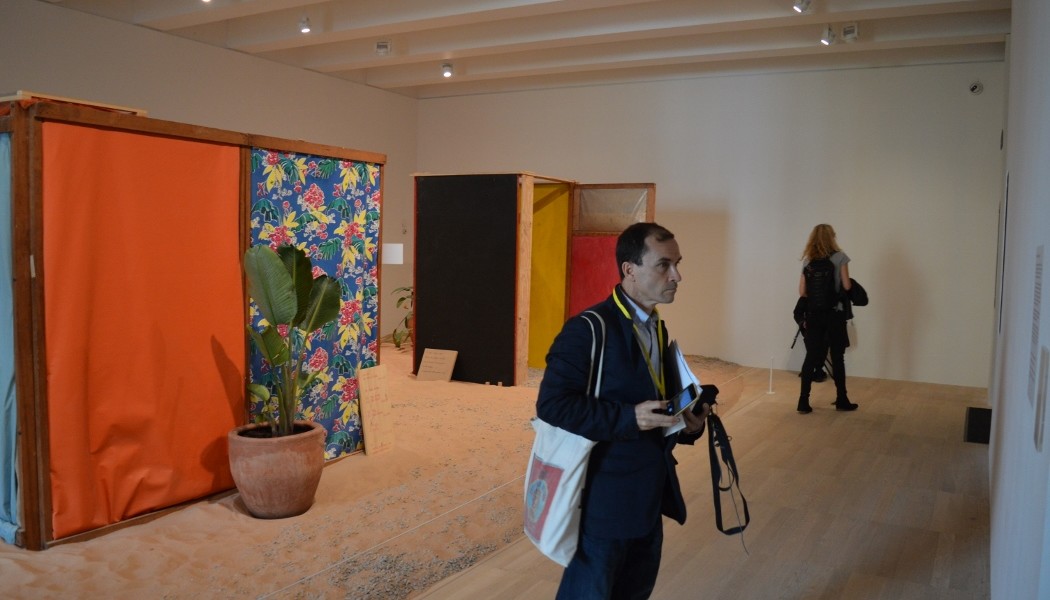 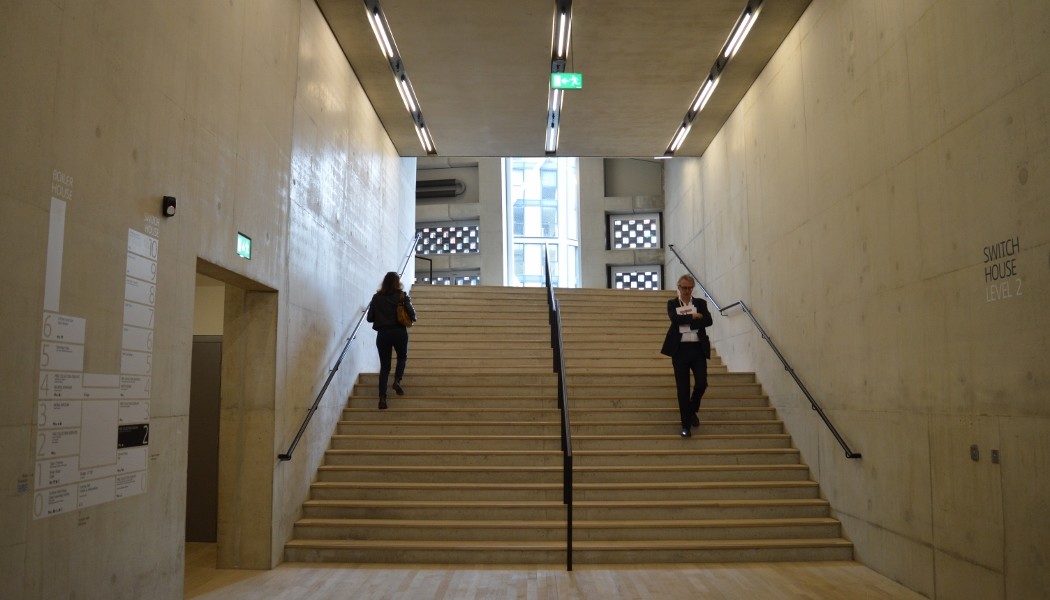 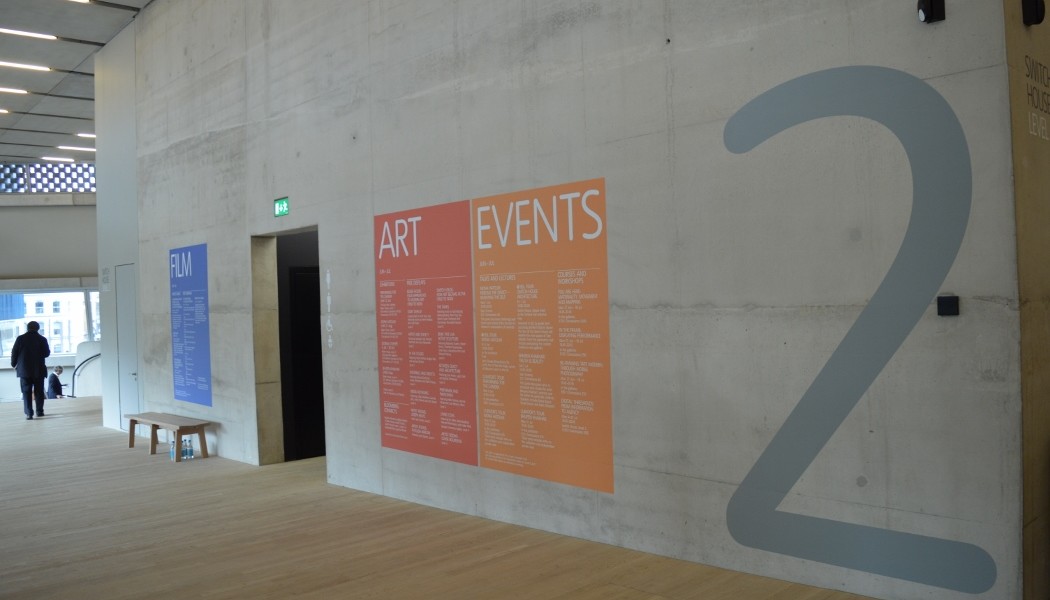 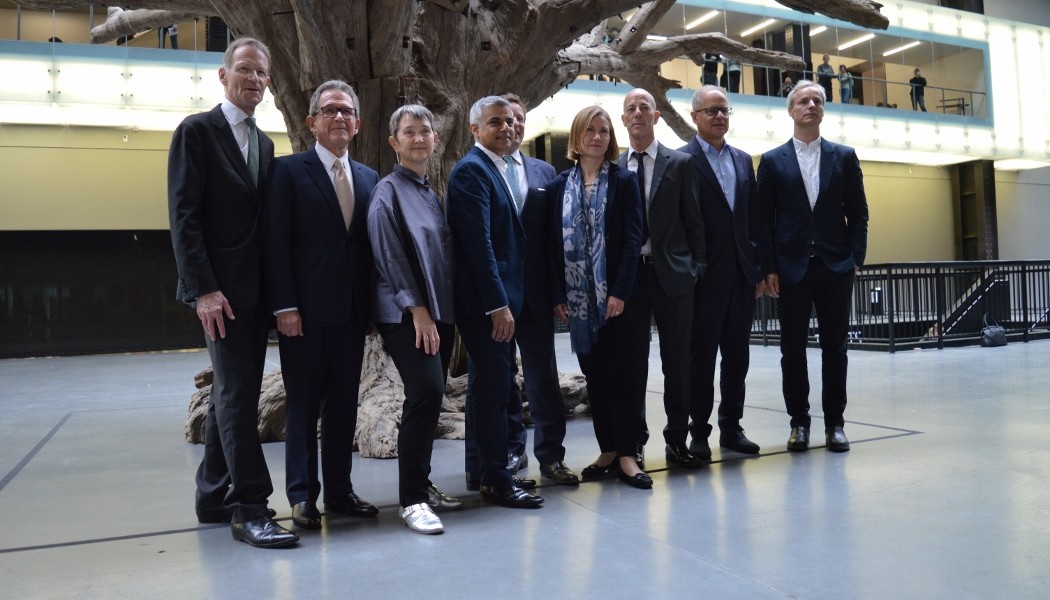 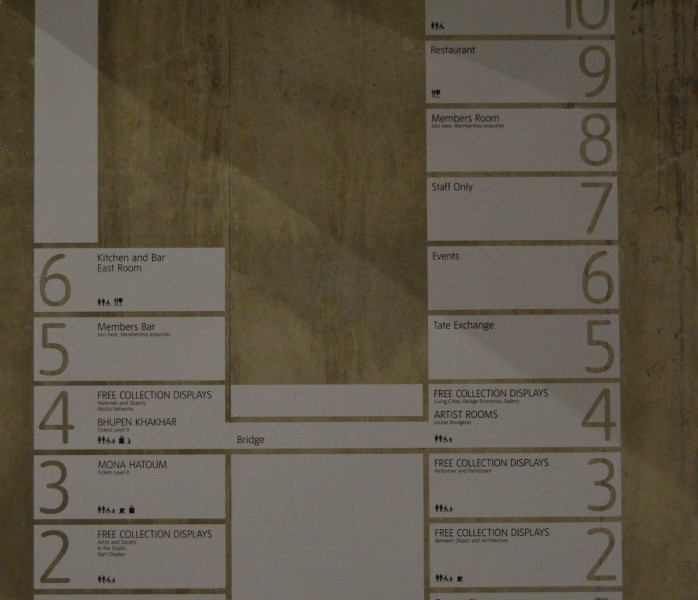 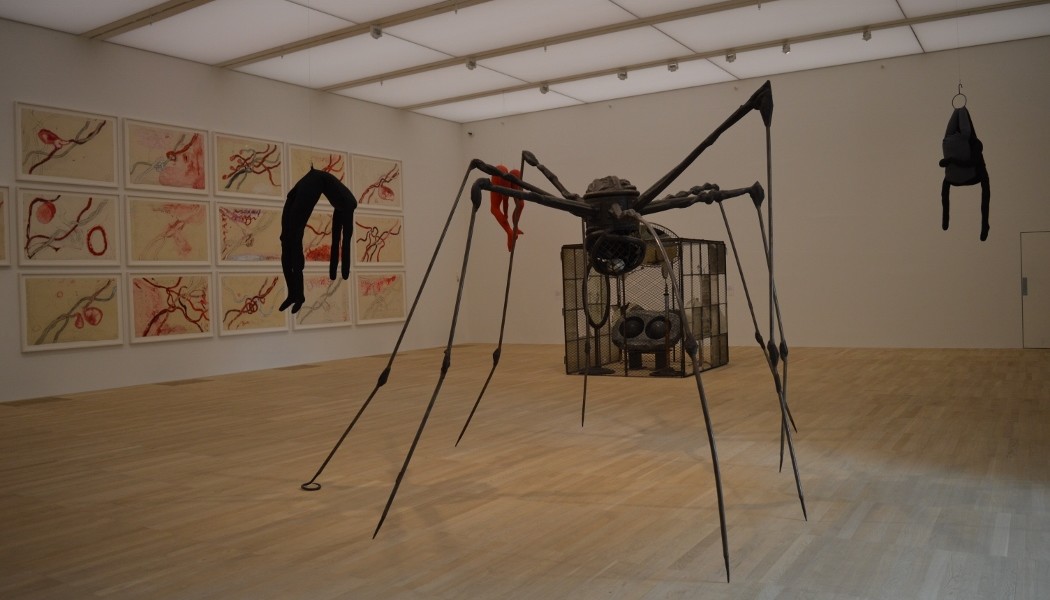 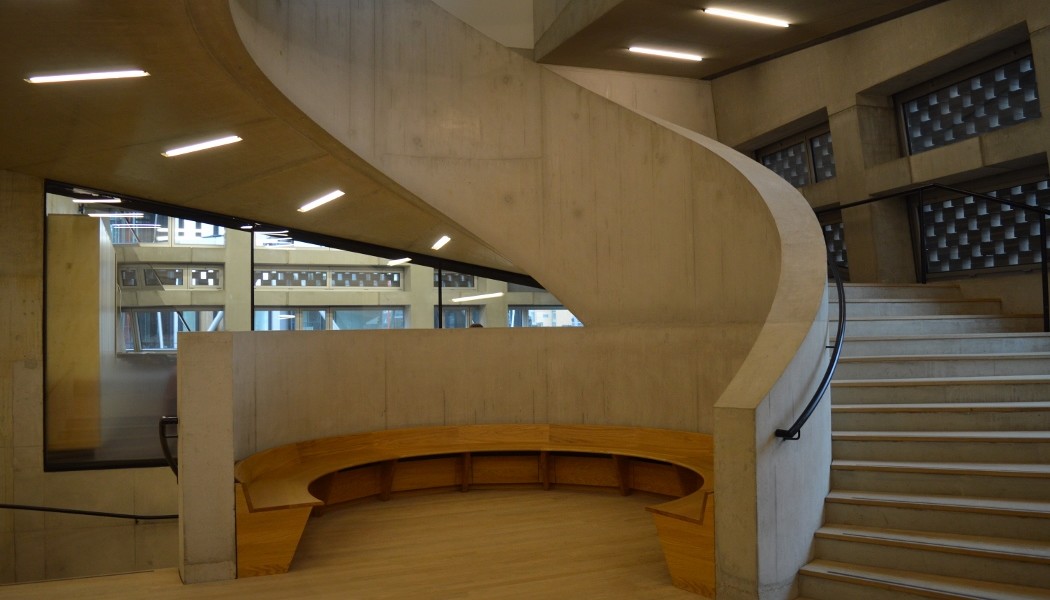 And this is where Switch House really stands out for me. It’s a place where not only art is shown but where people and organisations can get involved and use the space and influence its future. Space has been set aside above the three gallery floors for organisations to think, make and debate, which I think is important to the local community and the wider communities Tate engages with or wants to engage with.

There is also plenty of space for visitors to collect their thoughts, to congregate and talk in the huge corridors and entrances to gallery spaces, without interrupting other visitors’ enjoyment of the art.

“Public spaces are diminishing and this is a public space open to all and is free,” says Morris. “I personally think the Tate Exchange is great for people and the community and all the Tate teams, as it brings together health organisations, art organisations, universities and colleges and local radio.”

Tate Modern has displayed 800 artworks telling the story of modern and contemporary art in the past 100 years and the national collection it and Tate Britain care for also loans out 1,000 works to its 35 partner organisations through the Plus Tate Programme. It is this fact that Tate director, Nicholas Serota wants people to remember – that Tate is about working with others to get the best out of the collection and the spaces that surround them. In some ways its up to outside organisations and individuals as well as Tate to realise the amazing potential of Switch House’s huge spaces.

“This building is not just about art it’s about the community, it’s about the city and over the years our aim is to be local and global and have relationships with communities nearby and around the world,” said Tate director, Nicholas Serota. “Tate Modern belongs to everyone and reflects how modern and contemporary art is embraced around the world. It’s a national collection and it’s as much for Newcastle as it is for London – we have a real responsibility to get this collection out and also make our buildings for all.”

With a hefty price tag, which people will be quick to remember, it is this inclusivity and willingness to bring in audiences and participants – that are not akin to art or galleries – to use the space and potentially see and experience the art (but not necessarily) that will be key to the long-term success of Tate Modern. This, added to the fact that artists from all over the world including many more females will be involved, should make Switch House a dynamic venue that will experience great events and projects as it grows.

The Switch building at Tate Modern opens on Friday 17 June and is free to enter.