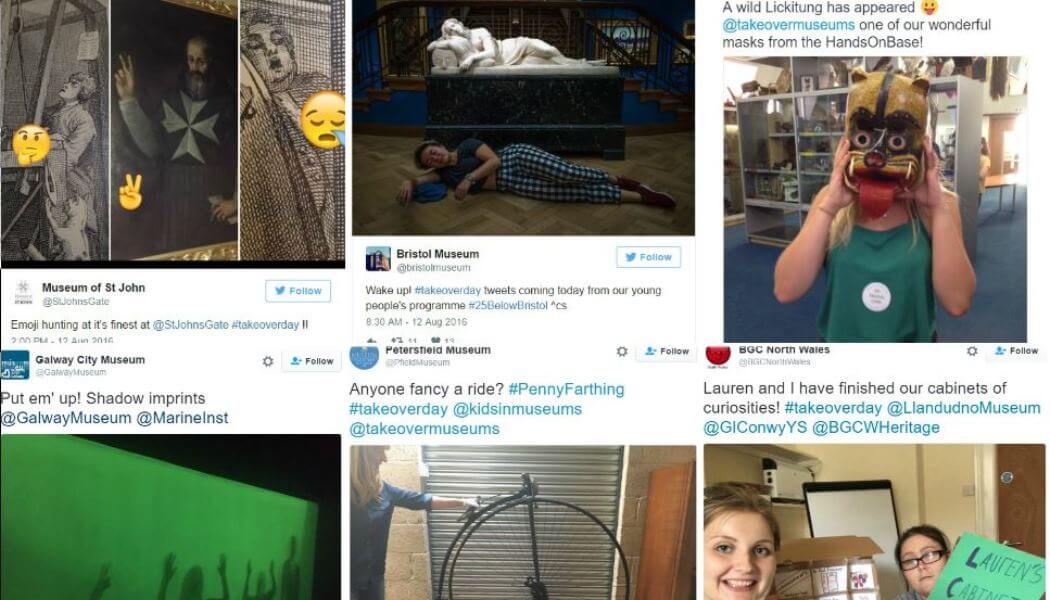 Kids in Museums gets ready for Teen Twitter Takeover 2017

Last year 73 museums including 360 young people were involved in Teen Twitter Takeover, which empowers teenagers and gives them a voice. This year’s event will take place on Friday, August 11 and more than 60 organisations have signed up to take part so far with more expected this week.

The event is part of Kids in Museums’ annual programme, which also includes the hugely successful Takeover Days in November.

“Teen Twitter Takeover is a simple and powerful way to get young people’s voices heard in museums,” said Alison Bowyer, Kids in Museums’ Executive Director. “It builds young people’s confidence and empowers them when a museum trusts them to be their public voice for the day and helps museums better understand their younger audiences. Last year thousands of people saw tweets by our fabulous teenage tweeters as they did everything from showing off their favourite objects to hunting for emojis and pokemon. This year looks set to be another brilliant event – watch out for #takeoverday.”

Among the organisations taking part will be the Mary Rose Museum for a fourth year. Its learning officer, Clare Barnes, says that alongside Takeover Day, Teen Twitter provides an exciting opportunity to try new things or add-value to its educational offers for schools and young people.

The Mary Rose Museum has two students on work experience who will be taking over the @MaryRoseLearn account and will be tweeting about the jobs they’ve been doing; what they have learned, what they’ve enjoyed and how they think it will help them in the future.

“For the teens it’s a great opportunity to learn a new skill, if they don’t already know Twitter,” says Barnes. “We give them a mini-training session at the start which is great experience as social media is such a major part of many jobs today. It is also a great confidence boost when your tweet is retweeted, you’re asked a question by someone or your tweets are looked at in other countries. For older students it’s great personal statement material. For us, it gives us a totally fresh perspective on the museum as the teens spot things we haven’t and often teach us new things! For everyone, it’s a great way of feeling part of the wider museum community.”

To register for Teen Twitter Takeover fill in the registration form on the Kids in Museums Website.

To register for Teen Twitter Takeover fill in the registration form on the Kids in Museums Website.