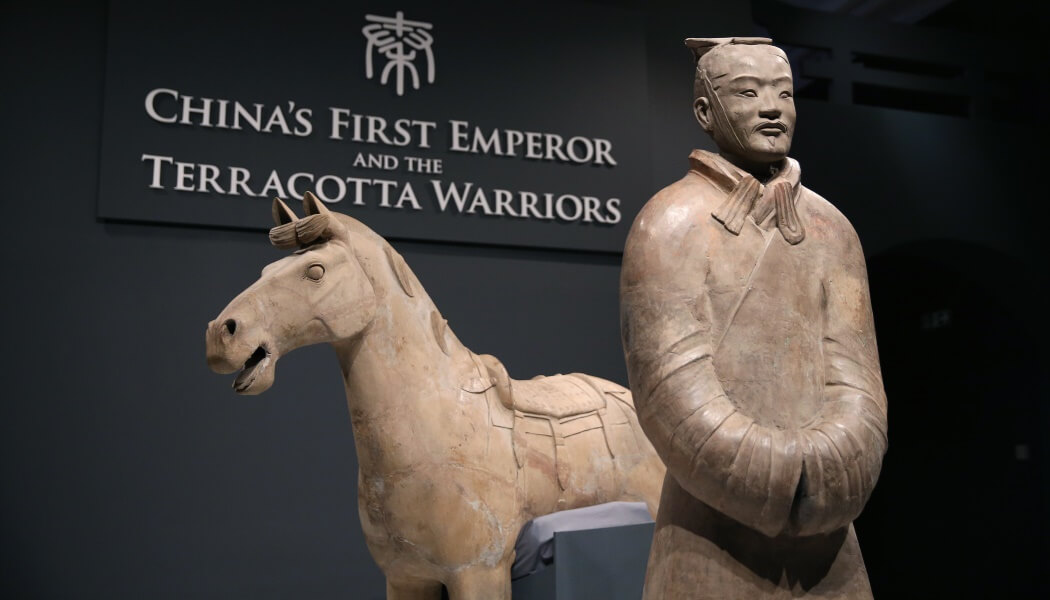 Main Image: China’s First Emperor and the Terracotta Warriors at the World Museum has been a huge success. Photograph by Gareth Jones
Share

National Museums Liverpool has revealed that its blockbuster exhibition, China’s First Emperor and the Terracotta Warriors at World Museum is its most popular exhibition with more than 600,000 visitors contributing almost £78m to the Liverpool City Region’s economy

The 600,000 figure from the National Museums Liverpool Visitor Statistics and North West Research visitor profiling information for October 2018 exceeds earlier expectations for the exhibition of 450,000 visitors.

People came to see part of one of the world’s most extraordinary archaeological discoveries as the museum showcased ten lifesize warriors and 180 artefacts from Emperor Qin Shi Huang’s burial complex in North West China (from an estimated 8,000 warriors).  The statues dating back to the third century BCE travelled 5,000 miles to be in the city and this was their first visit to Britain since a 2007-2008 exhibition in the British Museum (which was its most popular at the time attracting 850,000).

China’s First Emperor and the Terracotta Warriors opened on 9 February 2018 and closes on Sunday and during that time 20,000 schoolchildren on educational trips and 97,000 people on group tours have visited.

“More than three quarters of visitors told us that our Terracotta Warriors exhibition was the main reason for their visit to Liverpool,” Sir David Henshaw, Chairman, National Museums Liverpool. “We are delighted to have made such a significant contribution to the visitor economy of the Liverpool City Region and we’re really proud of the impact the exhibition has had on the city region, welcoming visitors from all over the country and further afield to enjoy this once in a lifetime experience.”

The exhibition has been part of a programme of culture across the city of Liverpool in 2018 which has included the Biennial, Tate Liverpool’s 30th birthday and public celebrations through the Liverpool 2018 initiative to celebrate ten years since the city was declared Capital of Culture.